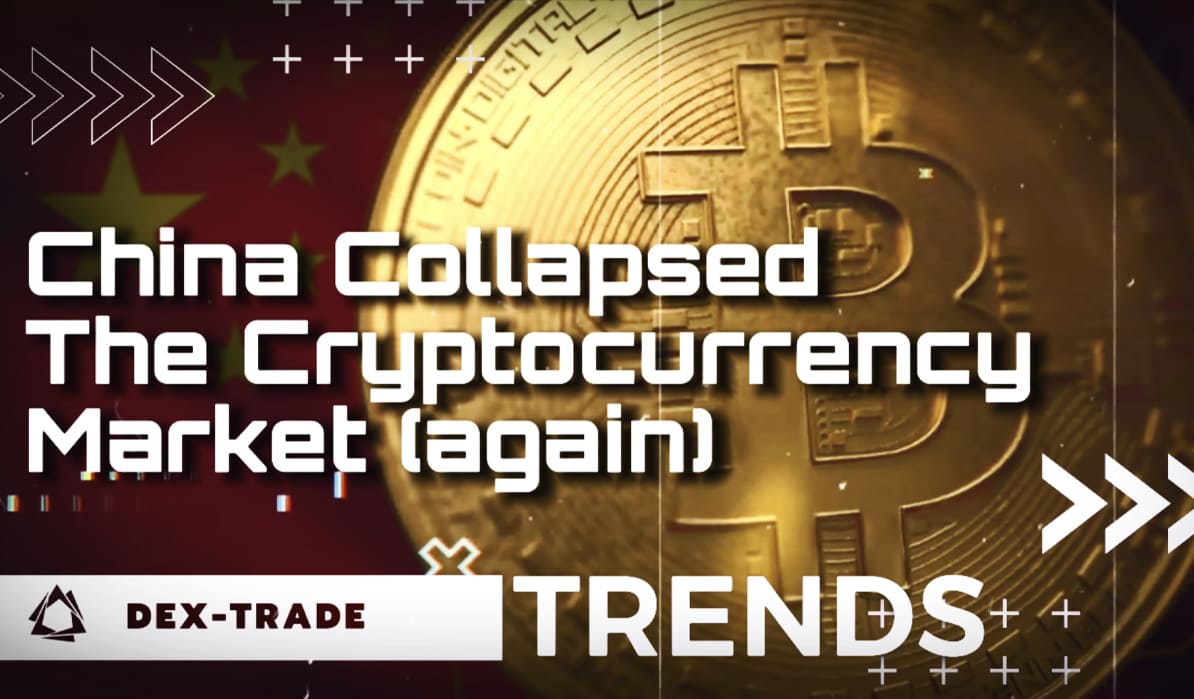 China Collapsed The Cryptocurrency Market (again), BTC and ETH Are Recovering Before a Spurt: Results of The Trading Week and Analysts' Forecasts

It turned out to be a busy week for the crypto. First, Evergrande, China's second-largest real estate developer, announced the threat of default. The developer's shares on the local stock exchange plummeted by more than 10%, dragging the entire Hong Kong stock market and all world markets, including the US, with it. But the Central Bank of China has printed $ 18.6 billion to cover the developer's debt - the end of the world is postponed. But as soon as signs of recovery began to appear, China rekindled chaos with yet another cryptocurrency ban. What the future holds for the market and how Bitcoin and Ethereum are going through the crisis — read on.

The last few days for the major cryptocurrency were not the most successful. The asset did well to recover amid news of the default of Evergrande, but news of the ban in China shook positions – bitcoin fell from $45,000 to less than $41,000. After the price fell to about $40,600, the "bulls" stepped up and started moving up. In the next hours, BTC returned almost $3,000 and briefly crossed the $43,000 mark, but almost immediately the price dropped below that level. The $41,000 position has been tested three times this week, rebounding from the 0.5 Fibonacci level. The latest retest was strongly rejected, indicating a bullish momentum is forming. It seems the bears have exhausted their strength.

Over the past 24 hours, BTC/USD has traded in a range of $40,848 to $43,657, indicating significant volatility. We advise to refrain from trading in futures and buy at lower support levels. To confidently go up and break the downtrend, we need to consolidate above the 618 level and pass the 100 EMA on the daily chart. The outlook remains optimistic. Bitcoin is building strength and increasing its low. We expect that digital gold will manage to set a high of $45,000 early next week.

After a Successful Retest, the Bulls are Ready to Push Ethereum Up

Alternative coins suffered the most from the "Chinese greetings". Nevertheless, the forecasts give some optimism. Initially, despite recovering from lows of $ 2,600 and rising above $ 2,900, Ether was unable to overcome $ 3,000. But given the general state of the market, this does not seem surprising. On Tuesday, ETH found a support level around $2,750, and after the retest showed a steady upward movement. If we look at the 4-hour chart, we can see that the price of Ether is gaining momentum. This can serve as a signal that the bulls are ready to act: ETH/USD is ready to set a high above $3100. In terms of technical indicators, the MACD is currently bullish (green histogram). The two EMAs are trading close to each other, showing almost no divergence - traders continue to speculate.

The Market Value to Realized Value (MVRV) index indicates that ETH is undervalued. Typically, when the 30-day MVRV falls below 0%, bulls start moving. The 30-day MVRV is now at -8.6%, indicating that ETH is in the "zone of opportunity." The lower the MVRV coefficient becomes, the higher the probability of an upward price movement.

Bitcoin Always Wins: the History of Cryptocurrency Bans in China

Over the course of a decade, the Republic of China has managed by its actions to increase the level of FUD (short for fear, uncertainty, and doubt) in the industry. Since the inception of Bitcoin, the Chinese government has persecuted and banned cryptocurrencies. And every time the prices for them collapsed. In June 2009, China banned the use of digital currencies to pay for real goods and services. In 2013, the first attack directly on Bitcoin occurred. The Chinese government called it a "currency without real value" and ordered the country's financial institutions to stop processing Bitcoin-transactions. The price of the asset, which had just crossed the $1000 mark, plummeted. The market recovered. But in March 2014, a note appeared on Weibo that "PBOC’ imposed a complete ban on Bitcoin transactions. The news turned out to be fake, but thousands of traders rushed to close their positions. In 2017, exchanges left China. In 2019, they banned mining (the same news collapsed the market in April 2021).

How this time differs from others is not entirely clear, but the market collapsed out of old habit. With endless bans and threats, one might think that this is a well-coordinated effort to bring down the price of cryptocurrencies. A similar FUD from China overtakes us several times a year. And it will probably continue in the future, but each time Bitcoin becomes more stable and reacts more and more calmly to this news. We cannot predict the future of cryptocurrencies around the world, but we can confidently state that Bitcoin will survive this crisis too.