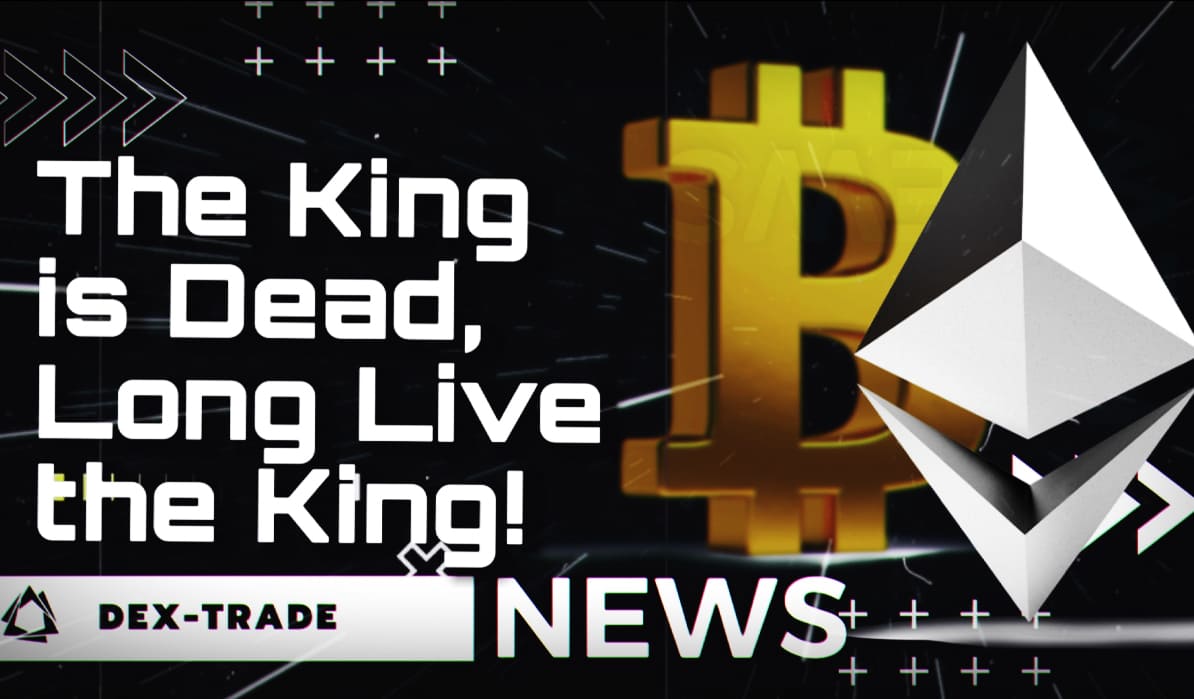 The King is Dead, Long Live the King! Ups and Downs of BTC & ETH: Results of The Trading Week and Forecasts

Contrary to the traditional autumn blues, the crypto market is gradually recovering, probing  price highs for strength and increasing support levels. And although the market sends ambiguous bullish signals to players, the powers that be continuing to play "cat-and-mouse" with the crypto theme. Thus, a monument to the mysterious Bitcoin creator Satoshi Nakamoto is being installed in Budapest, and the creator of Ethereum and the youngest crypto-billionaire Vitalik Buterin together with the president of Salvador Nayib Bukele are included in the Times "100 most influential people" list. At the same time, the local authorities of the Chinese province of Hebei are planning to start a fight against mining and trading, and the head of the American Securities and Exchange Commission (SEC) announces a hunt for unregistered crypto exchanges and altcoins. But time will put everything in its place and show who was right.

Bitcoin Support at $48,000 and The Mega Bullish "Golden Cross"

After a volatile start to the week, with Bitcoin rose by $1,500 and fell by $3000 in a matter of minutes, the cryptocurrency steadily rose. In a matter of days, digital gold rebounded from a price low of $43,300 reached on Monday and added more than $5000 in value through Friday. After a short pullback on Friday, the bulls stepped up again and pushed the asset up. This time BTC decisively exceeded $48,000 and continued to grow to the daily high around $48,900. However, as soon as the players challenged the $49,000 price line, the situation changed – the subsequent pullback brought the price down to the daily low of $47,600.

Meanwhile, crypto trader Lark Davis claims that Bitcoin has confirmed a powerful bullish signal during the week called the "Golden cross", which is a chart pattern that represents the crossing of short-term and long-term moving averages from the bottom up. According to Davis, after the "Golden cross" in April 2019, BTC rose by 200%, and in September 2015 began a "nonstop mega bullish rally," which resulted in the price rising from $300 to $20,000. The trader also recalled the first "Golden cross" of BTC in February 2012, when the cryptocurrency rose in price by more than 22,000% in the following months. However, Davis notes that the pattern does not necessarily guarantee an upward momentum, as the one that formed in March 2020 two weeks before the Covid-19 pandemic ended up being a false signal.

Ethereum has remained the leader in both the charts and the large market for the past couple of months. In fact, the implementation of EIP-1559 in the first week of August this year brought most of the market buzz to ETH. Ever since the price of ETH broke through $2927, the cryptocurrency has been using it as a support level. That breakout happened almost 45 days ago, and since then ETH has been consolidating almost horizontally above that level. During that time, Ether has formed an uptrend channel, where bulls and bears usually defend their territory. As of this writing, the price of ETH is trying to hold the major support level, which has been a resistance level for almost 3 weeks.

If the Ethereum price manages to hold this level, the price will begin to push towards the important major resistance level of $3565. The bulls need to fully break through and hold at this level to be safe for the next push to the $4000 mark. This price move will completely break the channel's uptrend along with the potentially 7 month trendline, which is now resistance. If the bulls fail to break the $3565 mark, the price could fall below the $3000 level. If the ETH price falls below $3135, it will most likely break the 300MA and start a bearish trend.

Solana is Out of Commission, But Stays on Course

Solana, meanwhile, is the only coin with more impressive gains. Daily growth of 3% led to the fact that the token surpassed the $160 mark. If we compare statistics, then SOL can only compete with Cosmos, which grew by 40% in a week and approached $40.

Solana's network went down on September 14. Due to the 17-hour break in work, the cost of the token fell by 16%. The founder of the coin Anatoly Yakovenko tweeted that the crash was caused by bots "flooding the network" during the IDO (the original DEX offering) for the Grape token on Raydium, a decentralized exchange built on top of the Solana network. So far, despite obvious shortcomings (for example, high commission), Ethereum is still the king of DeFi. But how its main rival Solana will show itself during the first serious crisis will determine its further resilience and competitiveness. It is unlikely that SOL will replace ETH on the throne, but time will tell how the two can coexist.