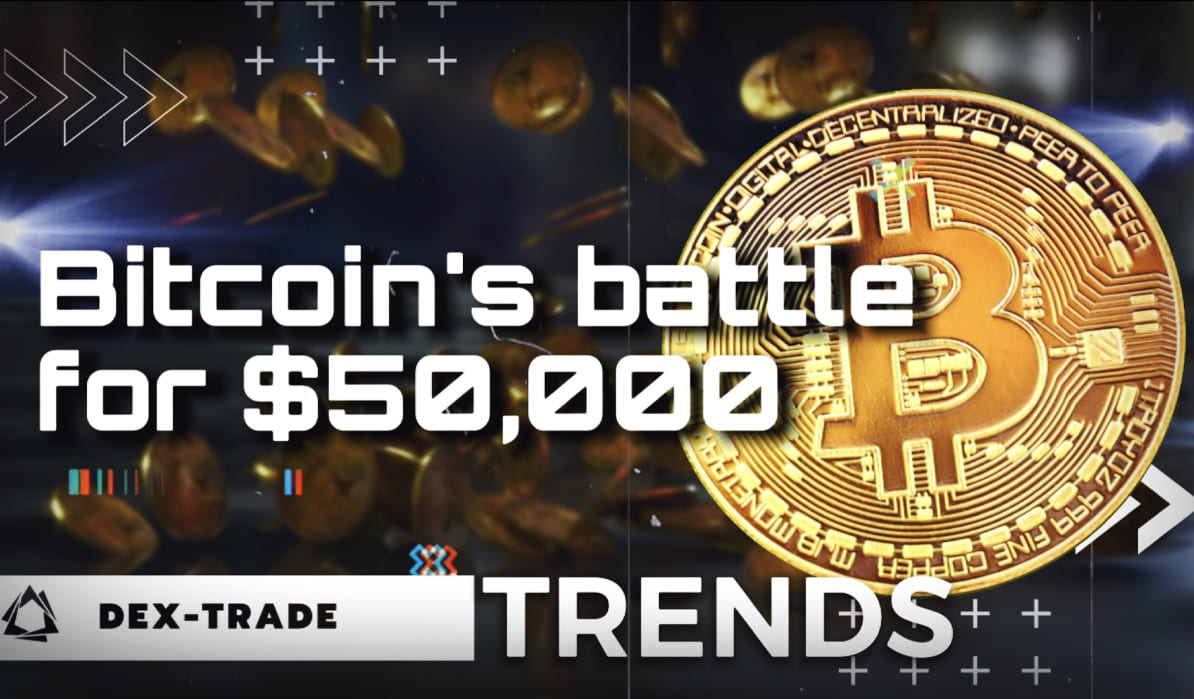 The week turned out to be successful for both Bitcoin owners and altcoin holders. BTC added more than $4,000 to its value in a matter of hours. This had an impact on the altcoin market, which is mostly green: ETH is rushing towards $4000, ADA is above $3, and DOGE has reached $0.3039. What's more, an analysis of the market last month showed that it was valued at $1.55 trillion on August 4 and $2.28 trillion on September 4, representing a staggering $730 billion inflows in just 30 days.

Autumn may "cool down the bulls' ardor" on Bitcoin

On Friday, September 3, Bitcoin successfully closed above $50,000 mark for the first time since May, which is a welcome signal for the bulls. Trading volume on Coinbase was 36% above average, indicating strong spot buying. In addition, BTC short liquidation volume was below average, indicating that the recent price rally was triggered by spot rather than short coverage. The aggregate data hints at a continuation of the “bullish” forecast, however, as analyst Michael van de Poppe says, "Bitcoin does not like September at all”. The experience of 2019 and 2020 shows that the first month of autumn is a “bearish” time for the major coin. And while the fall is rarely deep, market participants may want to temper their expectations for the rise in price.

It is quite possible that we will see the continuation of growth with the movement of the asset to the area of the established local maximum, and subsequently to the correction level of 0.382 ($52,291) according to Fibonacci. If the trend line of support around $50,300 does not hold, the instrument will decrease to $49,600. However, you should consider that the main support is still near the level of $49,200. Below it is only the previous level at $49,000, below which the asset with high probability will continue to fall.

On September 3, 2% more Ethereum was burned than released. This did not make the Ethereum blockchain completely deflationary, but the EIP-1559 update significantly helped reduce inflation. The reasons for ETH's strong rebound to an all-time high in the past few days are now clear. The network is increasing in demand and decreasing in supply, which incredibly accelerates the rise in price. At the same time, the rate at which tokens are being burned increases as network usage grows.

After registering several long green candles on Friday's 30-minute chart, the price of Ethereum momentarily broke through the $4,000 mark. In fact, over the past week, the biggest alt on the market has been in a better position than bitcoin. The price of the former rose by more than 21%, while the value of the latter rose by only 2% over the aforementioned time frame. Market players can expect the alt to break above its previous ATH in the coming days and rush towards other psychological benchmarks, including $4500.

SOL, Solana's own blockchain cryptocurrency, climbed one more position and took seventh place in the list of cryptocurrencies by total market capitalization, ahead of the leading memcoin Dogecoin. The value of Solana has risen sharply in recent weeks, climbing more than 300% in 30 days. SOL has repeatedly set new record high prices during this period, from around $35 per coin on August 1 to a new peak price above $136 set on Tuesday. On Friday, however, Solana stock fell 4.7% and was valued at $139.30. The MACD indicator and Awesome Oscillator show red bars on their histograms, indicating a bearish price movement in the market. Contrary to this, popular crypto trader and analyst Bluntz believes that the price of SOL may well reach $240 by October. He predicted such a possibility even before SOL began its rally.

On August 18, while sharing a chart, he compared the SOL model to the Binance coin. He pointed out that BNB came out a winner in January when it broke through $43.52 and soared to $600 in May. Thus, he expects the same to happen with SOL, as the altcoin exhibits the same model. Twit: https://twitter.com/SmartContracter/status/1433648114397634562