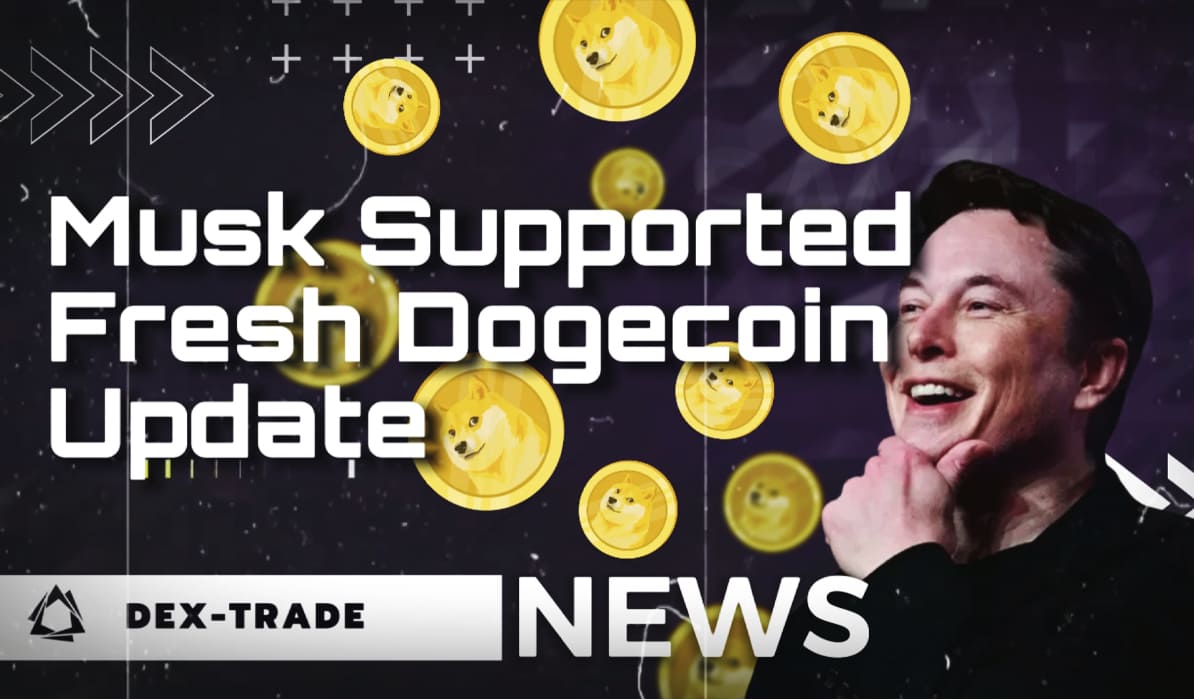 Charismatic entrepreneur Elon Musk said that he supports the update of the blockchain of the main meme-crypt DOGE, the main advantages of which are increasing the security of the network and reducing transaction fees. Cryptopolitan reports. The innovations should help speed up the scaling of the Dogecoin blockchain and, accordingly, reduce the barrier to entry for investors. Also in the update "Dogecoin Core 1.14.4" some bugs in version 1.14 will be fixed, including the bug "creating many parallel requests", which reduced the block synchronization time by 2.5 times. There are no specific figures confirming the reduction in commission at the moment, but experts argue that this move will allow cryptocurrency to top the list of digital assets that are most suitable and convenient for paying for purchases. As a reminder, in the May Dogecoin performance report, the coin developers revealed that they have been secretly working with the CEO of Tesla and SpaceX for the past two years. Therefore, Musk's attitude to Shiba-inu is understandable. As for DOGE, its capitalization exceeded $36 billion, and the price remains at $0.27. However, experts predict an increase in the value of the asset due to the upgrade.

Cardano Foundation Will Give Up to $10,000 For ADA Vulnerability Discovery

The Cardano Foundation has announced a partnership with HackerOne to launch the Bug Bounty program, which will reimburse ethical hackers who find vulnerabilities or security issues in the blockchain of the ADA smart contract platform from $300 to $10,000. Dailyhodl reports. During the testing of the cryptocurrency network, both critical and potential vulnerabilities of the main components of Cardano will be checked. The developers of the popular crypt argue that ethical hackers find flaws in blockchains better than software vulnerability scanners do. According to information from the owner and creator of Cardano, Input Output Hong Kong (IOHK), stress testing of its network will be carried out when the project for deploying smart contracts on the ADA platform enters the final stage. The company expects it to be September 12th. Smart contracts will be officially launched on Cardano this day. Before that, the developers will conduct final reviews and testing in a controlled environment to ensure that Cardano is ready to work with the new functionality.

"This is a financial bubble — and only": Billionaire John Paulson about Cryptocurrencies

Having made a fortune in short-selling and the subprime housing market, John Paulson told Bloomberg that cryptocurrencies cannot be shorted due to the high volatility, but even without these short-term problems, "they have no intrinsic value except for a limited number." "I would describe cryptocurrencies as a limited supply of nothing." — said the billionaire. Paulson is a well-known advocate of gold and other classic assets. According to him, Bitcoin and other cryptocurrencies differ from precious metals in that, even with their conditional scarcity, they decently fall in price at a critical level of inflation, when traders begin to panic to return their investments. That is why, according to the businessman, any crypto can collapse in a very short amount of time, provided that investors at a critical moment have a choice between classic and digital assets. Paulson summarized his thoughts on belief in digital money in one short comment: “Cryptocurrencies, regardless of where they’re trading today, will eventually prove to be worthless. Once the exuberance wears off, or liquidity dries up, they will go to zero. I wouldn’t recommend anyone invest in cryptocurrencies.”