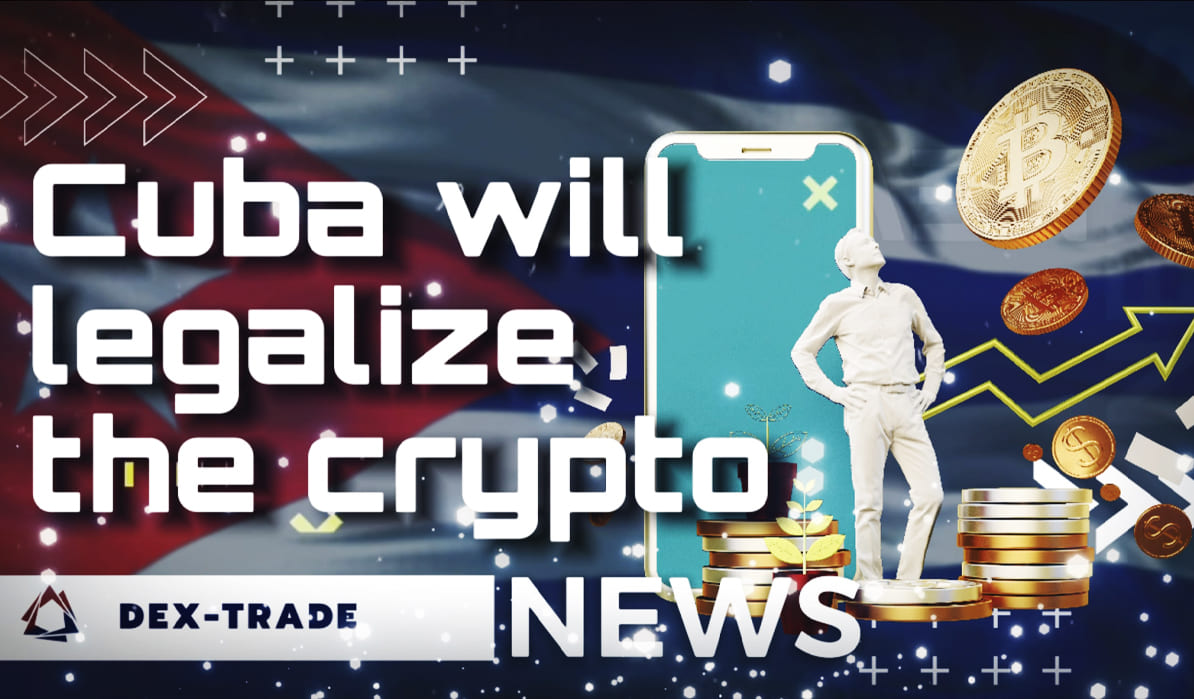 Cuba intends to legalize and control the crypto

The Cuban Central Bank announced plans to legalize, regulate and license digital currencies. Coinnounce reports. The bank also announced that it is going to independently license cryptographic service providers and support their work in the country. The key reason for the introduction of digital money in the country is the fight against financial uncertainty and economic instability. As we know, Cuba is under an almost complete embargo from the United States, so the circulation of dollars in the country is currently difficult. The Cubans are already actively using cryptocurrencies in the form of gift certificates for online purchases. New regulatory laws will have to attract digital investment to the country and create a favorable environment for economic growth. If the plans of the Cuban authorities are implemented, Cuba will become the first country in North America, which, following the example of El Salvador, will fully legalize digital assets and introduce support for cryptocurrency for payments in retail networks.

The Central Reserve Bank of India (RBI) announced the launch of a digital rupee project to study its impact on the country's money circulation and financial and credit system at the end of this year. Coingape reports. Among the main tasks of the CBDC launch, the emphasis is also placed on a deeper analysis of the financial sector and deposit security systems. However, project officials said that the authorities have not yet decided on the type of registry on which the cryptocurrency system will operate. Naturally, crypto investors are interested in using a ledger technology (DLT), since in this way more interested parties, such as public and private commercial organizations, which can participate in the circulation of digital money. In this scenario, market players could simultaneously access assets, exchange wallet addresses, and record transactions in the network. But this contradicts a centralized ledger, in which all data must belong to a monopolist, which can be the authorities. India has come a long way from completely banning cryptocurrencies to launching its own CBDC project, but experts are in no hurry to talk about the country's authorities' complete loyalty to digital assets.

DigitalMint and Coinsource, some of the largest Bitcoin ATM operators, have formed an association to agree and set anti-money laundering standards called the Cryptocurrency Compliance Cooperative (CCC). The reason for the creation of the organization was an increase in the number of money laundering and financial crimes in which ATMs were used to cash out stolen funds. Despite the fact that Bitcoin ATMs are only able to process small amounts in a single transaction, the confidentiality of such transactions clearly leaves much to be desired. For example, digital money from hacked smart contracts and exchange wallets is often cashed through this systems. “Unfortunately, many BTM operators feel that merely asking for a cell phone number is enough due diligence to absolve them of their mandated KYC requirements.” — said the head of Coinsource at (CCC) Bo Oney. Analytical companies Chainalysis, CipherBlade and Elliptic, as well as several banks, have already joined the initiative. The main objective of the cooperative will be building confidence in Bitcoin ATMs and create more financial freedom with the least risk.