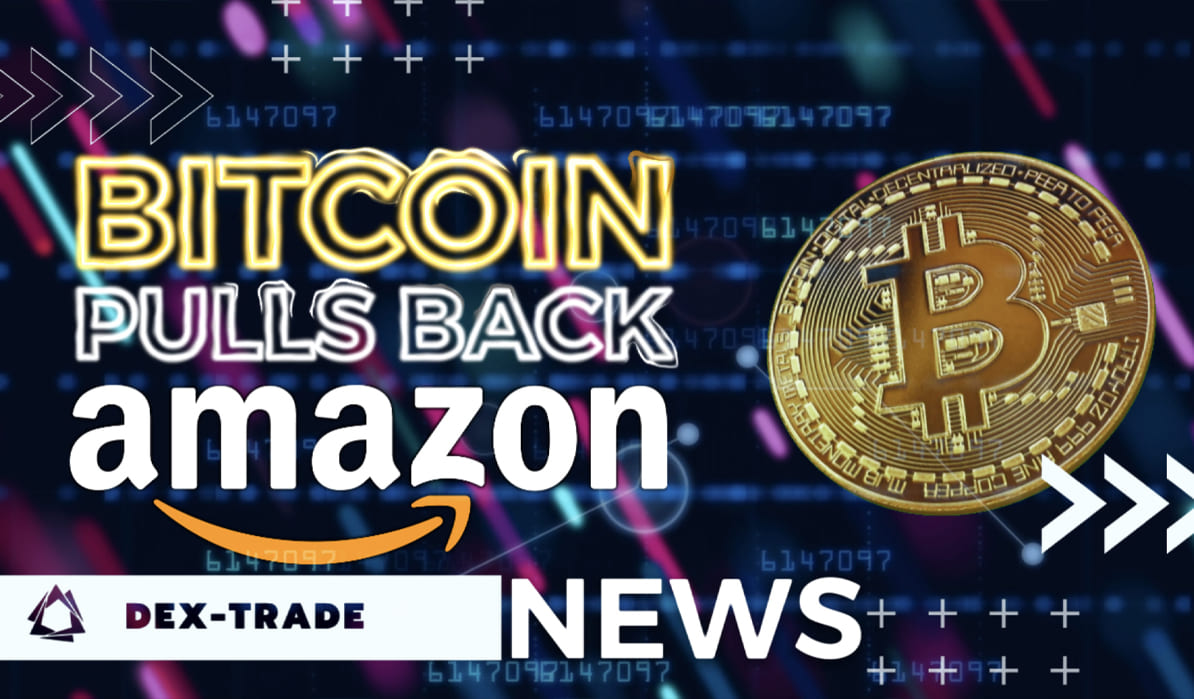 The management of the media giant Amazon has officially denied rumors that the company is going to add support for BTC and some altcoins as a means of payment on the platform in the near future, due to which crypto-gold immediately corrected. Coinnounce reports. Recall that literally the day before yesterday, the London newspaper City.AM published an article about an anonymous insider with information that Amazon will soon launch support for cryptocurrencies to pay for the platform's services.

“Notwithstanding our interest in the space, the speculation that has ensued around our specific plans for cryptocurrencies is not true. “We remain focused on exploring what this could look like for customers shopping on Amazon.”

Amazon's response triggered a correction in BTC and its price dropped below $37,000. A similar reaction followed in the Ether and Litecoin currency pairs. Experts believe that after a 17% rise in crypto gold last week, the current price hit could bring the market back to bear dominance.

The Maharashtra State Board of Skill Development (MSBSD) opposes the cryptocurrency ban in India, which excludes the use of the public Ethereum blockchain. The government agency believes that in this way it is possible to resist the increase in the number of forgeries of documents, including certificates of education.In turn, LegitDoc CEO Neil Martis stressed that although diplomas are now manually verified, MSBSD will begin pushing for a purely digital verification of documents as early as next year. It is noteworthy that other local governments, according to Martis, also expressed their desire to participate in the initiative:

Thus, Indian universities, along with Maltese and Singaporean, as well as the Massachusetts Institute of Technology, will be among the first supporters of e-government in education.

Van Gogh, Da Vinci, and Monet will go under the hammer on Binance NFT

The world famous works of Van Gogh, Leonardo da Vinci, Claude Monet and Giorgione will become NFT tokens and will be sold at an auction hosted by Binance NFT. Bitcoinist reports. The marketplace has announced a partnership with the Hermitage in St. Petersburg to tokenize collectibles depicting the work of famous artists. The collection includes such paintings as Madonna Litta (Leonardo da Vinci), Judith (Giorgione), Lilac Bush (Vincent Van Gogh), Composition VI (Wassily Kandinsky) and some other works. The representatives of the museum specified that each painting will have two NFT copies, one of which will belong to the buyer, and the other will remain in the Hermitage. At the same time, all the money collected from the sale will remain with the management of the museum.

The government of Kazakhstan announced that it plans to allow local banking institutions to open bank cryptocurrency accounts in the near future. Cointelegraph reports.

To implement the plans, several state-owned banks will be selected that will be able to service the crypto accounts of companies and entrepreneurs. At the moment, the names of the banks participating in the selection have not been announced. It is noteworthy that literally in early July, the Republic of Kazakhstan attracted increased attention of crypto-miners, becoming an outlet after tightening the rules for crypto mining in China. Mining giants such as Bitmain and Canaan have moved their core facilities to Kazakhstan. However, Alan Dordzhiev, President of the Blockchain Association of Kazakhstan, noted that despite the dawn of the mining industry in Kazakhstan, the country is not yet ready to transfer a large amount of Chinese mining capacities.