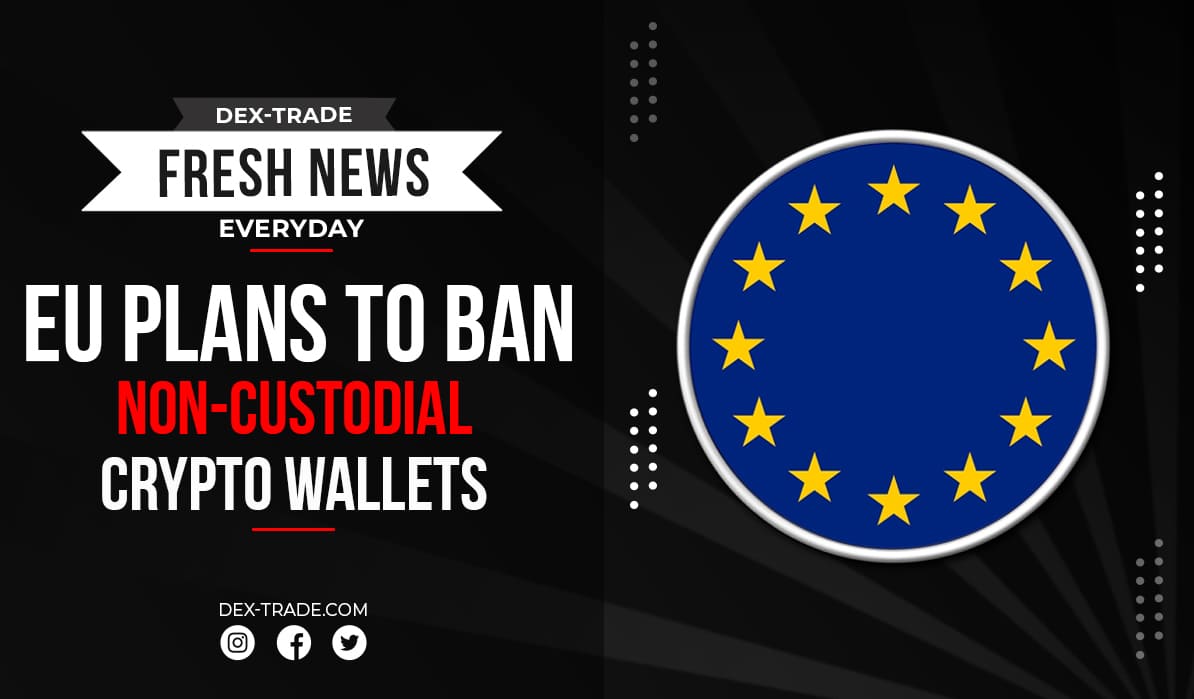 Last week, Proof-of-Work (PoW) digital assets were removed from the blacklist of MiCA — the EU's new regulatory policy on cryptocurrencies. But now the European Commission is planning to introduce an additional stage of verification of operations with non-hosted cryptocurrency wallets. The initiative will be considered at a meeting of the European Parliament's Committee on Economic and Monetary Affairs as part of the voting for a package of regulations on anti-money laundering (AML) on March 31. If the project gains enough votes, Crypto-providers will be required not only to collect personal data of participants in transactions with non-custodial wallets, but also to verify the accuracy of this information. The problem is that such verification is not only difficult, but almost impossible, so it’s expected that cryptographic service providers will begin to refuse to work with clients who own non-hosted wallets en masse. In addition to the new regulatory terms, crypto providers will also be required to inform the “competent anti-money laundering authorities” of any transaction worth more than €1,000 involving a non-hosted wallet. And a year after the law entered into force EU Commission will have to assess whether any “additional specific measures to mitigate the risks” are needed from such transactions.

Chief Cabinet Secretary of Japan Hirokazu Matsuno said that the government would revise the Law on Foreign Exchange and Foreign Trade, since its old version did not oblige banks and crypto exchanges to thoroughly check their clients, which could be used by officials from the Russian Federation who supported putin's genocide of the Ukrainian people. It’s still considered that the use of crypto to circumvent all sanctions against the Russian Federation is an unlikely scenario. At the same time, there are many ways that Russian individuals or legal entities can use to circumvent specific prohibitions, that is, general sanctions against the aggressor's economy. For example, the use of ransomware, including in the crypto industry, lined the pockets of Russian criminals more than any other illegal activity last year. Moreover, according to the former FBI agent and current director of threat analysis at Abnormal Security, Crane Hassold, cryptocurrencies are now the main “fuel” in the ransomware industry. Russian criminals are also keeping a close eye on the crypto-mining industry and non-compliant exchanges. These situation leads to that both from Japan and the EU, the current sanctions are likely to be reviewed and tightened.

The hacker group Anonymous has confirmed that the Central Bank of the Russian Federation databases have been hacked and made publicly available more than 35,000 strategic files, totaling approximately 28 GB. The hackers noted that the CBR documents were posted on various online resources and added that they would intend to repost them on other sources if the files were censored. At the same time, according to the official statement of the Russian Central Bank, no attacks were made on their resources. Documents leaked by anonymous sources contain hundreds of audit reports and information about bank owners. In addition, the hacker group claims that, among other information, files containing some of the “secret agreements” of the regulator have already been posted on the network. Recall that Anonymous officially declared a cyberwar against Russian Federation due to the decision of the Russian dictator putin to invade Ukraine. The group said that their goals are disruption of the Russian Internet, a massive attack on the websites of the Kremlin, the State Duma and the Ministry of Defense, as well as state television channels, including Russia Today (RT), Russia 1, and others.