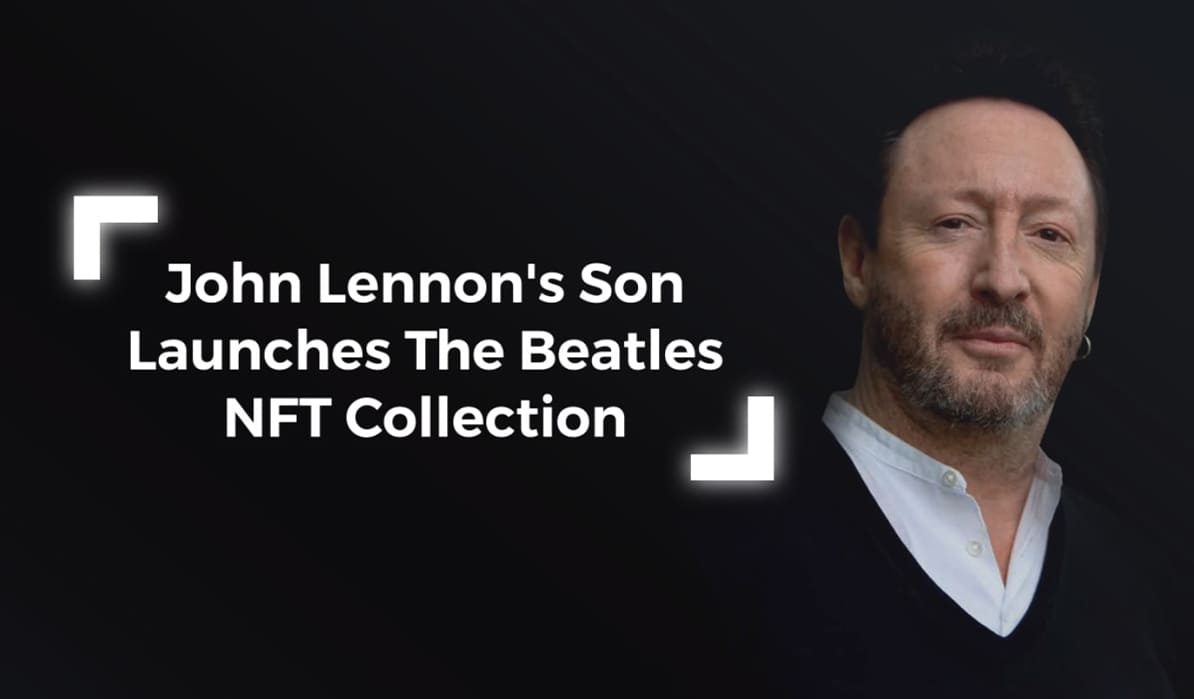 Everything Led to This: John Lennon's Son Launches The Beatles NFT Collection

Julian Lennon, son of legendary musician John Lennon from The Beatles, has launched the sale of the band's legacy memorabilia in NFT format, which is linked to the physical originals but does not grant ownership. Yes, this is the first such collection, the original exhibits of which will forever remain with the seller. The first selection of lots included notes written by Paul McCartney with variants of the text "Hey Jude", the black cape worn by John Lennon in the film "Help!" and guitars given to Julian by his father. The highlight of the second collection was the original drawing "Lucy" that Julian painted when he was a child. It was inspired John Lennon to create the cult hit "Lucy in the Sky with Diamonds." The organizer of the sale says that part of the proceeds will go to The White Feather Foundation. “I actually felt very bad about keeping all that stuff locked away, and I just felt that this was a unique way to continue dad’s legacy and to show people the collections I have, and with the videos and narration, to give people a little more than they would normally get and hear some stories that they haven’t heard before in a new art form and a different medium,” — Julian commented on the sale.

News From The US Central Bank Collapses The Cryptocurrency Market Again

An increase in interest rates due to the highest U.S. inflation in 40 years, announced by the Federal Reserve at the end of last year, hit the cryptocurrency market again and stimulated a cascading investment outflow of about $116 billion in just 12 hours. Now the capitalization of the crypto market is $1.63 billion, that is, it has decreased by about 3.5% per day, and since the beginning of 2022 this figure has fallen by 26%. At the same time, BTC leads the race to the bottom with a price movement indicator of -4.2% per day and now its value is $36,108, which is already above the low recorded 5 hours ago at $35,698. ETH is doing a little better. It lost about 3% of the price per day and is now trading at $2424. In general, the top altcoin market dipped in the range from 3% to 7.5% per day, but the downtrend is clearly not tending to a reversal. The new sell-off was triggered by yesterday's announcement by the US Central Bank, which says that a series of interest rate hikes will begin as early as March. It will be part of a broader set of efforts to reverse the economic impact of the pandemic, which has left the country with annual inflation of 7% instead of the projected 2%.

Reddit Users Now Can Add NFTs to Their Avatars Too

Only two days have passed since Twitter allowed NFT images to be added as avatars to accounts, and Reddit representatives have already announced that they are testing a similar feature. It is important to note here that these tokens are not native NFTs issued by the social network last year based on Ethereum and called CryptoSnoop. However, Reddit developers have not yet fully decided how exactly the token support will work in the social network ecosystem. In an official statement to TechCrunch, Reddit devs said NFT testing is at a very early stage and not yet available to regular users. “We’re always exploring ways to provide value for users and communities on Reddit. At the moment we’re testing the ability to use NFTs as profile pictures (avatars) and verify ownership. It’s a small, internal test and no decisions have been made about expanding or rolling out the capability.” — Reddit spokesman Tim Ratschmidt said. However, some social media users are unhappy with Reddit's move to NFT. Several forums have already been created on the platform, where NFT art haters actively complain that someone is wrong on the Internet.