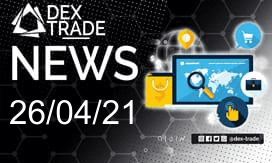 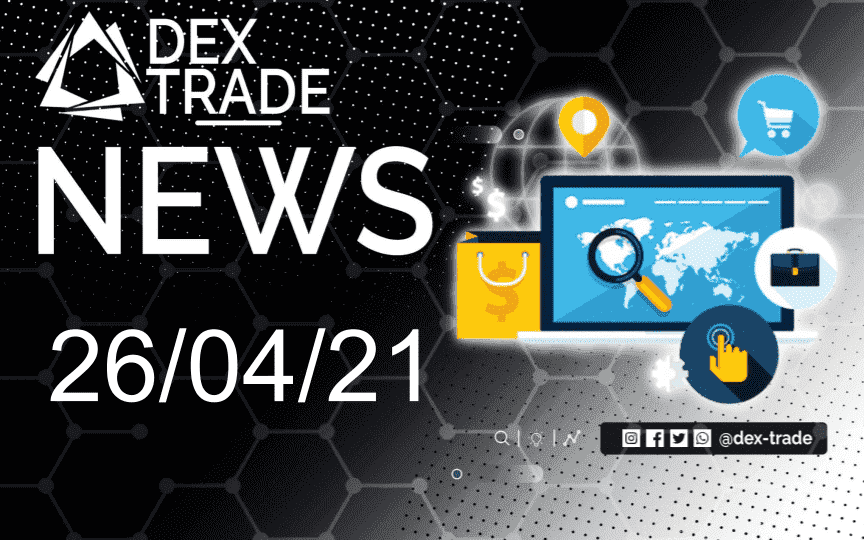 As the working week started, so too did the activity on the crypto market. The following is a review of some of the more interesting news that made the headlines on Monday, April 26th, 2021.

Bears on the march

Bearish sentiment still prevails on the crypto market and analysts are confident that the bears will try to push the price of Bitcoin well below the $50,000 to stock up on the king of cryptocurrencies. The charts are showing evidence of a bearish reversal as BTC formed two bearish candlesticks in a row and the coin tested a new low of $46,930. The technical indicators are just as moon on the general picture, since the MACD is declining and is giving bearish reversal signals. However, the RSI has formed a hidden bullish divergence, which is a powerful sign of a trend continuation. The stochastic remains neutral, but is still declining, though the bearish cross has not yet been formed.

The head of PayPal – Dan Shullman – has stated that demand for cryptocurrencies among the users of the service has doubled and has outstripped the company’s expectations. The head of the service is also saying that the modern financial system is in desperate need of modernization to cope with the new realities of decentralized asset usage. Such dynamics have been made possible thanks to the decision PayPal made in late 2020 to allow cryptocurrencies as a means of payment on the platform.

The market capitalization of the Tether cryptocurrency with the USDT ticker has doubled since January of 2021, from $18 billion to $36 billion in March of 2021. However, the coin has breached another landmark in April by attaining a record capitalization of $50 billion. The overall trend on the stablecoin market is one of positive growth in light of the increasing adoption of cryptocurrencies and the growth of some of the major coins like Bitcoin and Ethereum. Over the past 30 days, the market capitalization of stablecoins, including Tether, has grown by almost 30%, from $61 billion to $78 billion.

Over half of all cryptocurrency investors have reported to have no personal lives. More than half of the respondents of the survey conducted by Tech Domains stated that their private lives have been devastated by their strive to make investments in digital assets. The worrying results of the survey state that around 60% of respondents complained about negative consequences in their personal lives due to their belief in cryptocurrencies. Moreover, the researchers have found that the more people invest in cryptocurrencies, the worse things get. A point to think of next time users decide to invest in crypto. Perhaps an investment in a date in a good restaurant would do better for them.