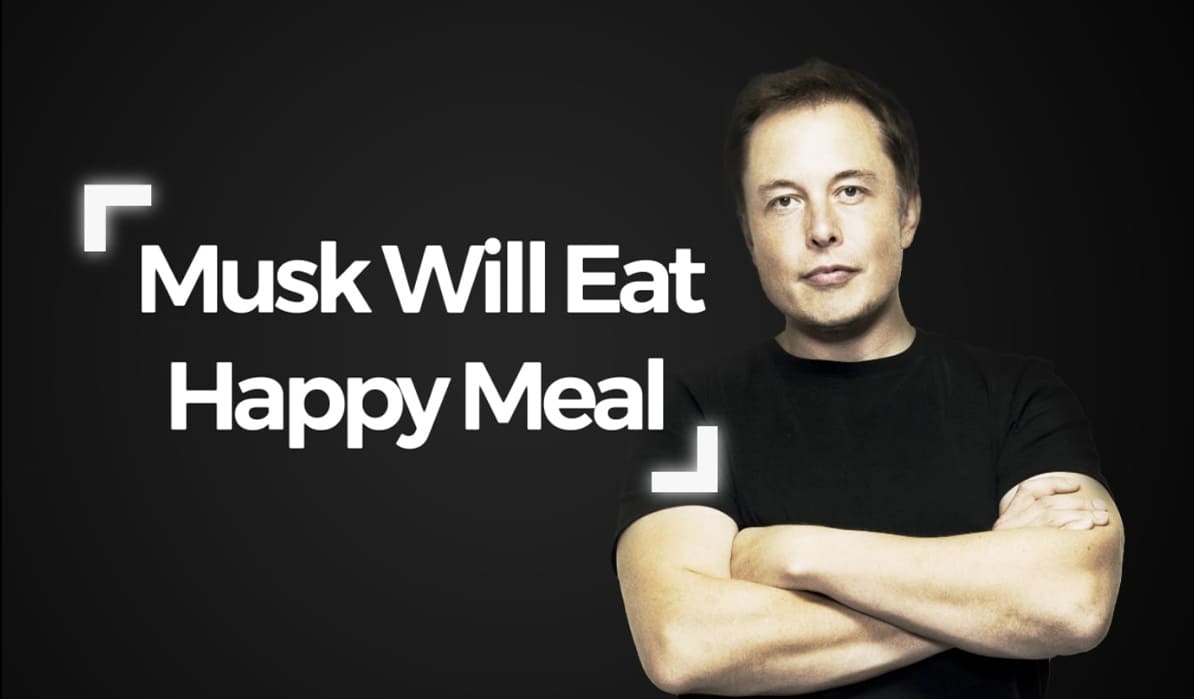 Another challenge from Elon Musk: the entrepreneur tweeted that if the American restaurant chain McDonald’s adds Dogecoin as a means of payment, he will eat the Happy Meal children’s set live on one of the TV channels. It’s noteworthy that the tweet seemed to be Musk's reaction to the massive sell-offs of the crypto, as a result of which the digital asset market lost about $600 billion, the value of BTC fell by 26% in a month, and Dogecoin collapsed by about 25%. By the way, the cascading sales of digital money were so massive that a scathing post appeared on the official McDonald's Twitter account asking crypto owners how they feel after the sale.

On a wave of hype, McDonald's responded to a tweet from the head of Tesla, agreeing to a Happy Meal on TV, but on the condition that the auto giant starts accepting payments in Grimacecoin. It took enthusiasts just a few hours to create this coin and list it on Binance Smart Chain. A couple of hours after the listing, about 8,000 followers signed up for the official Grimacecoin Twitter account, although it’s not known how many of them are real. By the way, immediately after the launch of a new crypto, its price began to grow rapidly and soared by about 6000%. Now with full confidence we can say that there was a mutual trolling.

The International Monetary Fund (IMF) called on the El Salvadorian government to scrap a law passed last year legalizing Bitcoin as an optional legal means of payment and insisted on strict regulation of the country's e-wallet. Representatives of the IMF board "urged the authorities to narrow the scope of the Bitcoin law by removing Bitcoin’s legal tender status." Some members of the board of directors of the international organization also expressed concern about the risks associated with El Salvador's expected issuance of bonds pegged to BTC in the amount of $1 billion. By the way, half of these securities will be used to buy Bitcoins. The government is betting that profits from crypto will attract investors who will earn a dollar yield of 6.5%, much lower than market prices for paying El Salvador's government debt, which currently has an interest rate of around 17%. As a "bonus", the IMF also warned policy makers that at the current level of debt spending, El Salvador's public debt could rise to 96% of the country's GDP as early as 2026, calling it a "unsustainable path."

Binance is The Main Sponsor of The Argentine Football Association

One of the largest cryptocurrency exchanges by trading volume, Binance, has signed a sponsorship agreement with the Argentine Football Association (AFA), becoming the main sponsor of all Argentine football teams globally for the next five years. This is the first deal of the crypto giant with a national team of international importance. According to official representatives of the parties, the partnership aims to promote the Binance brand in the information field of one of the most successful football teams. “Through this agreement, we hope to support Argentine soccer at all levels and introduce Binance, the crypto world and the blockchain to soccer fans across the country and the world.” — Maximiliano Hinz, director of Binance Latam, commented. It’s interesting that the partnership also involves the development and launch of a new AFA fan token in the near future. But the Argentine Football Association has already issued its own fan token in partnership with Socios.com, and this has confused the fans of the national team, which stimulated demand for the previous national team tokens. By the way, only nine months have passed since the release of Socios tokens, and the company has already taken up the protection of the rights of the fans of the national team who bought them. Litigation is coming.