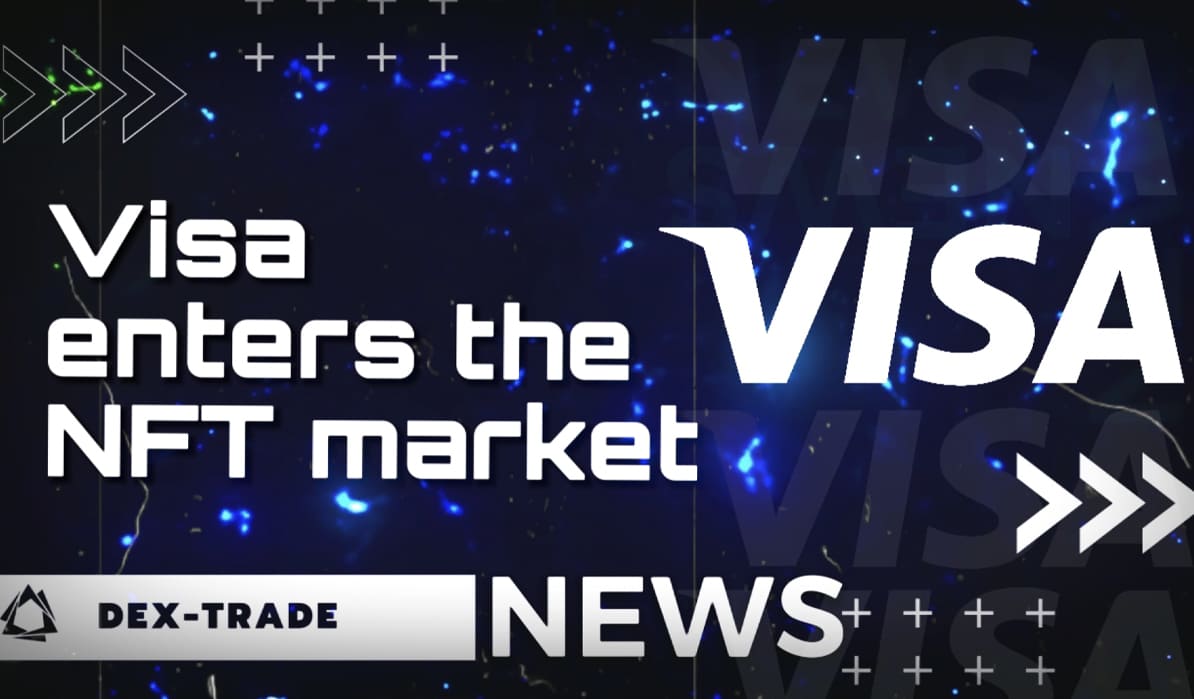 Visa enters the NFT market with an investment in CryptoPunk

The official Twitter account of the payment giant reported that the company paid 49.5 ETH (about $149,939) for one of the characters in the CryptoPunk NFT collection with serial number 7610. Cryptonewsz reports. It is noteworthy that financial institutions and celebrities such as Logan Paul, JayZ, OBJ and FaZe are actively joining the lucky owners of the collection's characters. In this regard, the world's largest auctions Christie and Sotheby noted record sales of NFT in history. The most impressive purchase to date was the purchase of nine "punks" from the crypto collection in the amount of $7.5 million.

Visa, on the other hand, explained its attitude towards NFT in an official document, where it clarified that due to such innovations, there is a visual way to radically develop trade relations. According to representatives of the NFT payment system, this is the future of entertainment, sports and other thematic communities. There is no doubt that NFTs have more innovative and deeper potential for new revenue streams that financial institutions are pursuing. It also creates a comfortable environment for fans to interact with their idols.

Former midfielder of the legendary club Manchester United, Anderson Luís de Abreu Oliveira, is accused of involvement in a criminal network for laundering digital assets on a crypto exchange in the amount of $5.52 million. Coingape reports.

Anderson's lawyer, Julio Cezar Coutinho Junior, declined to elaborate on the details of the accusations against his client, but said that Anderson is aware of the details of the investigation and is going to prove in court that he is the victim of a fraud, and not its participant. If the court sides with the prosecution, the 33-year-old footballer will receive a conclusion on the article "Aggravated theft." This could be the first ever crypto scam case involving a world-renowned footballer.

Anderson left big football in 2019, but his rather extensive fan base is stunned by this news and asks the parties to disclose at least those details of the investigation that are reliably known at the moment.

The South Korean Central Bank (BOK) has officially begun testing its KRW digital currency prototype, which involves Samsung Electronics and Samsung's IT services division SDS, and cryptocurrency giant Kakao. Cryptonews reports. Starting this week and until June next year, the country's central bank will conduct the first stage of the pilot launch of the state crypt, the key task of which is to focus on testing the technical feasibility of the project and its utility.

Based on the results of the first test, BOK will conduct a second pilot launch, during which issues related to the confidentiality of the asset will be addressed. This will be followed by a study of possible options for further application of CBDC, the main of which is international money transfers.

It is reported that the pilot project of the state digital currency officially started at the beginning of the week, but the Central Bank of South Korea is still avoiding official comments on the rather complex issue of the timing of the blockchain deployment, despite the fact that other aspects of the launch are being actively discussed and advertised.

Japanese regulators are considering tightening conditions for working with crypto

Back in July, the FSA created a dedicated department and assembled a group of financial experts to give the Japanese authorities control over centralized and decentralized digital finance. By now, the agency is also going to be responsible for monitoring the development of cryptocurrencies and the central bank's e-money initiatives. The regulator intends to replace some of the existing rules for the circulation of Bitcoin and altcoins, as well as introduce new standards by mid-2022. With their entry into force, the FSA hopes to ensure stability in the crypto market without compromising development and innovation in the financial ecosystem.