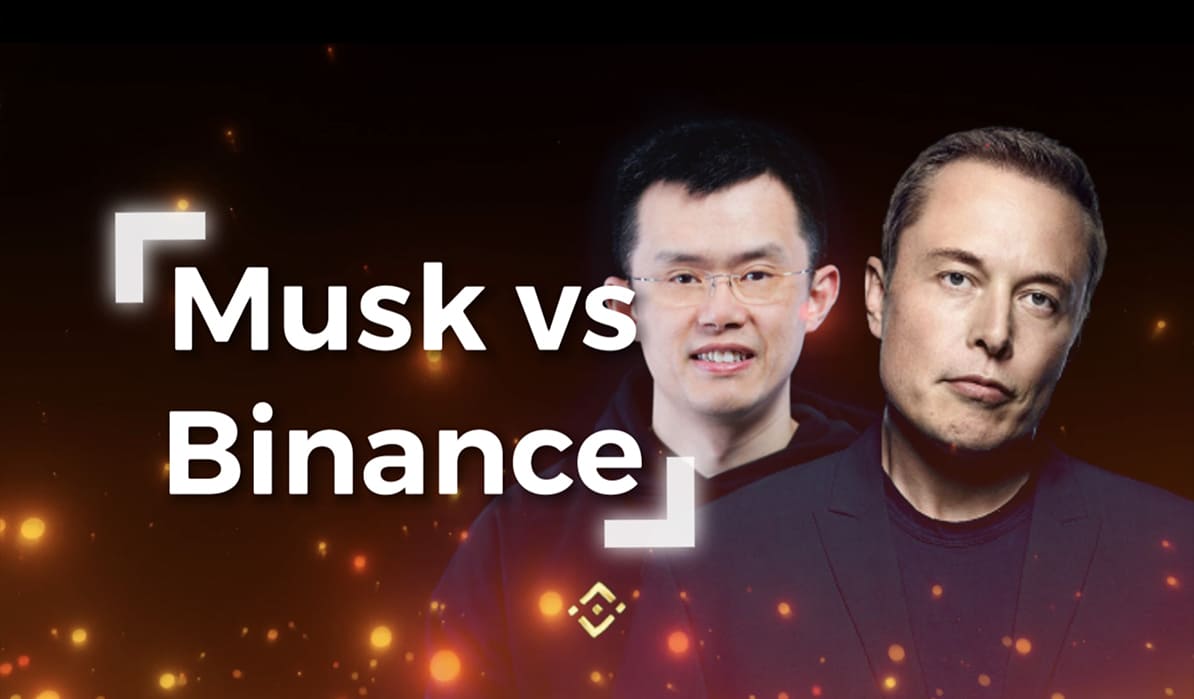 Musk vs CZ: What The Two Billionaires Argued About on Twitter

Tesla CEO and Dogecoin fanatic, Elon Musk, has unleashed a “battle of the giants” by tweeting about the problems with Binance's DOGE withdrawal and tweeting from crypto exchange CEO Changpeng Zhao. Musk wrote: “What’s going on with your Doge customers? Sounds shady.” To which the answer came from the official account of the exchange: “The root cause is a technical issue during the recent upgrade process that caused old transactions to be resent to 1,674 users.” As a result of the problem, some Binance users received old transactions and some were unable to withdraw their Dogecoins. The company's management is aware of the difficulties with the withdrawal of the meme crypto, but their elimination, according to representatives of the exchange, may take more than a week, since the reason is in the DOGE wallet, which was developed by a third-party company. Naturally, Musk was not satisfied with such an answer and he recalled that similar problems with Dogecoin have been happening for a year. In response, Zhao reminded the businessman about the October drop in Tesla's software, after which the company had to recall about 12,000 vehicles in the United States. The main thing is that we won’t later determine the winner in this battle by voting on Twitter.

Famed rugby player, Odell Beckham Jr., tweeted that the Los Angeles Rams have signed with crypto company Square, which will see the footballer receive his next $4.25 million salaries for the 2021-2022 season via Bitcoin. It’s already known that payments will be made through the Square-backed startup Cash App. He also announced the distribution of BTC for the footballer's followers on Twitter. To participate, users must reply to the same tweet using the Cash App $cashtag and the #OBJBTC hashtag, as well as subscribe to the official Cash App channel on the social network. According to the official data of the project, $1 million was allocated for the distribution. The action itself will last until December 10 of this year, or until the entire amount is distributed (whichever comes first). Beckham Jr. is not the only National Football League (NFL) player who has opted for crypto assets. In January of this year, Russell Okung, offensive tackle for the Carolina Panthers, became the first NFL player to accept half of his salary in Bitcoin. Following in his footsteps, Kansas City Chiefs star Sean Culkin has announced that he will convert his entire NFL salary to BTC.

SEC's Protracted Trial Against Ripple Set to End in 2022

According to Ripple CEO Brad Garlinghouse, the long-standing feud between crypto giant Ripple and the US Securities and Exchange Commission (SEC) is coming to an end as “The judge realizes this is not just about Ripple, this will have broader implications." CoinTelegraph reports. Recall that last year, the SEC filed charges against Ripple for selling unlicensed securities in the form of XRP tokens since 2013. Ripple objected to these claims, stating that XRP should not be viewed as a security. Support also came from XRP holders, who asked to join the case as defendants and confirm that Ripple tokens do not violate securities laws. However, in October, a judge ruled that individual XRP holders could not appear as defendants in the ongoing lawsuit. Over the course of the year, Ripple executives shared their views on the case and its impact on business. Garlinghouse said the SEC lawsuit did not affect Ripple's expansion in the Asia-Pacific region. The company is also considering an initial public offering (IPO) once the case is settled.