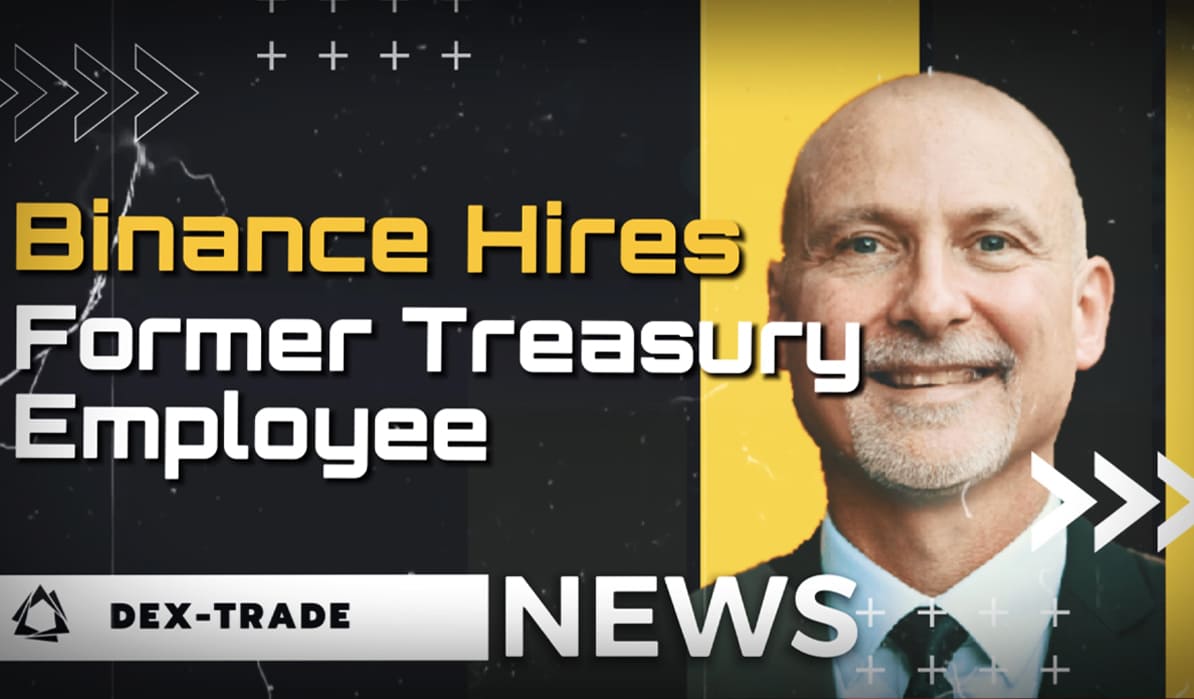 Monahan's main task will be to investigate and report on illegal and suspicious transactions on the crypto exchange.

It is reported that the ex-investigator has served almost 30 years in government positions, and most of this time he worked in the American Treasury, responsible for taxation and the investigation of money laundering cases. In particular, Monahan led international affairs, which resulted in the liquidation of many cybercriminals and terrorist organizations.

It seems that one of the key reasons for hiring an expert was the warnings and conflicts between Binance and the regulators of a number of countries, including Germany, UK, Singapore and Thailand. There have been complaints about the transparency of transactions on the crypto exchange, leading to blocking of user accounts and a ban on exchange activities in some countries.

United Wholesale Mortgage (formerly United Shore Financial), the second largest mortgage lender in the United States, announced that it will accept payments in cryptocurrency by the end of 2021. Decrypt reports.

CEO UWM, Mat Ishbia, clarified that while the company will work on optimizing the reception of funds in BTC, however, in the near future, it is also planned to add payments in ETH and other altcoins.

Ishbia is optimistic and confident that connecting digital money as a means of payment will allow the company to accelerate its lending efforts and make mortgages a more versatile product.

United Wholesale Mortgage made nearly $183 billion in loans last year, and it looks like this year's results will be even stronger.

"This is hype and fraud": the President of the Federal Reserve of Minneapolis once again scolded BTC

Neel Kashkari, President of Minneapolis Federal Reserve System and, concurrently, one of the brightest US crypto skeptics, said that cryptocurrency is "95% fraud, hype, noise and confusion." Decrypt reports.

At the PNWER summit, a civil servant said that 5-6 years ago he was more optimistic about crypto, but now he is confident that Bitcoin will never come close to the real value of fiat money, since governments have a monopoly on their emission.

“If you go into your basement and you want to produce your own currency, the Secret Service will come knocking on your door. There’s no barrier to you creating your own Bitcoin [and] there are thousands of garbage coins that are being created,” — said Kashkari.

Recall that in February 2020, he also called the cryptocurrency "a giant garbage dumpster" robbing people worth tens of billions dollars, after which he praised the American financial regulators and the Securities and Exchange Commission (SEC) for "getting involved in cracking down on this."

As the National Bank of Ukraine develops an electronic version of the Hryvnia, the Ministry of Digital Transformation of the country announced that they are going to pay with the help of CBDC with their employees, as well as pay them remuneration. News.bitcoin reports.

The representative of the Ministry of Digital Transformation, Mikhail Fedorov, said that the "salary project" is planned to be launched immediately after the state crypt is ready for testing, that is, at the pilot stage.

Fedorov also noted that “Ukrainians are leading in adaptability to virtual assets all over the world”. According to him, this openness to the technologies of the future can become one of the main advantages of Ukraine, which will help to attract additional investments to the country.

Recall that official Kiev has not yet introduced comprehensive rules to expand the country's crypto space and regulate digital money in accordance with international requirements. The draft law "On virtual assets", which was recently revised, is planned to be adopted by the end of this year.