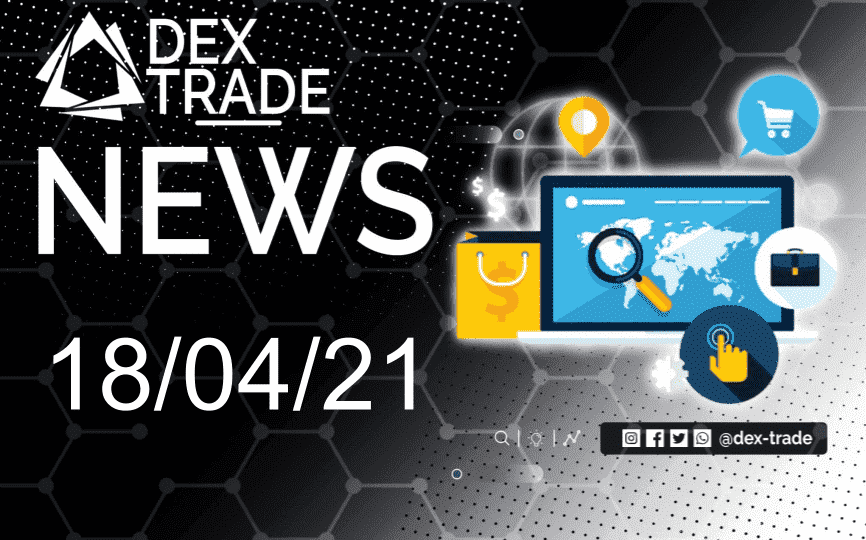 After a disappointing start on Saturday, the weekend continued to sour for the crypto market as a whole with the nosedive that Bitcoin took from its positions. The following is a short overview of the main headlines of Sunday, April 18th, 2021.

A total of over $4 billion has been lost over the weekend in cryptocurrency market capitalization as Bitcoin took a dip from its dominant positions of $60,000 to the region of $51,400. Though Bitcoin has recovered since then to a region of around $57,000, the aftermath can still be felt as traders are liquidating their positions in hopes of fixing profits before making market reentry. A total of 92% of all liquidations are being attributed to long positions, making it clear that traders have low belief in a swift recovery. Altcoins were just as affected as ETH lost around $1.1 billion in capitalization and XRP took a hit worth around $461 million.

The phenomenal price hike that the memecoin Dogecoin has experienced at over 5,000% a year is coming to an end as social media networks are losing interest in pumping the asset. After a meteoric rise, Dogecoin is down by 35% from its $4 highs to around $2.6. The loss of interest is being attributed to a temporal phenomenon as traders are shifting their interest to more stable and attractive assets that have greater growth potential.