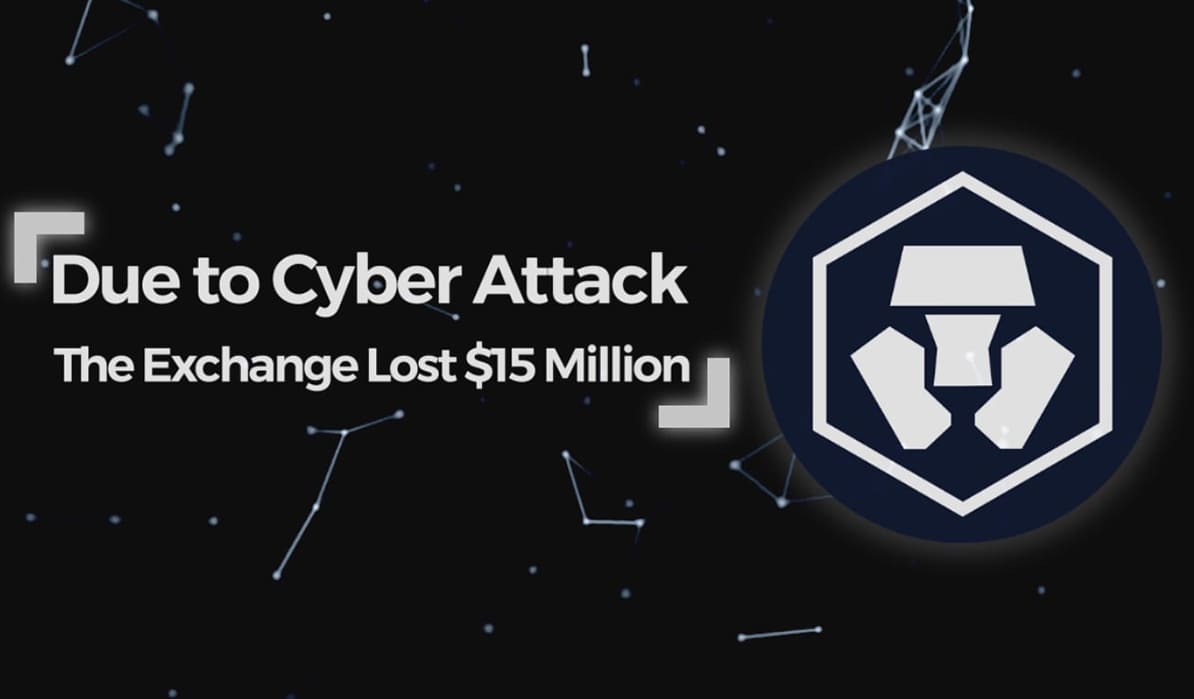 Due to Cyber Attack on Crypto.com, The Exchange Lost $15 Million

Security provider and data analyst PeckShield reports a cyber attack on the crypto giant Crypto.com, with the help of which the attackers managed to withdraw 4,600 ETH from exchange wallets, which is equivalent to about $15 million at the current price. An analysis of operations on the Ethereum blockchain showed that about half of the stolen funds were laundered using TornadoCash. However, at the moment, official representatives of the exchange refute the fact of the theft and connect the events with a failure in the trading core of the site. Meanwhile, PeckShield analysts claim that the cyberattack came just a day after the cryptocurrency exchange suspended withdrawals due to some suspicious activity. “We have a small number of users reporting suspicious activity on their accounts. We will be pausing withdrawals shortly, as our team is investigating.” — representatives of the exchange commented on the situation. Crypto.com management later stressed that all funds are safe. The cryptocurrency exchange has not officially confirmed reports of its accounts being hacked at the time of publication. Several high-profile users have also indicated that ETH was stolen from their Crypto.com accounts, but the exchange has previously denied these claims.

Mechaniville Hydroelectric Power Plant in New York, located near the banks of the Hudson River and is the “the oldest continuously operated hydroelectric station in the U.S.” was revived with the installation of automatic Bitcoin miners in its manufacturing sector. The fact is that all the equipment installed at the station has been preserved since the 1800s, so it is simply not able to meet the current energy demands of consumers. “We can actually make more money with bitcoin than selling the electricity to National Grid,” — Albany Engineering Corp CEO Jim Besha said. By the way, Albany Engineering Corp is currently the owner of the power plant. But the most interesting thing is that in this case, mining is not going according to the classical scenario. According to Besh, miners mine only thousandths of Bitcoin per week, which are then immediately converted into cash, and do not remain in the company's account. The entrepreneur is skeptical about Bitcoins as a long-term investment and mines them just to collect cash.

The Monetary Authority of Singapore (MAS) has published key regulatory guidelines that will prevent cryptocurrency and crypto service providers operating in the country from publicly offering to the general public. So far, it’s known for certain that digital payment token (DPT) providers are prohibited from positioning cryptocurrency trading in such a way as to downplay the risks of trading in a new asset class. That is, regulated providers, including banks and financial institutions, are now prohibited from advertising or promoting their cryptographic services through any channels except their official websites, social media accounts, or mobile applications. Providers are also cautioned against using third parties, such as “social media influencers” or “third party site” owners, to advertise. The new law applies to all registered and licensed service providers, as well as those whose applications are still pending. It has been updated in 2021 to reflect the rapidly changing landscape of the industry.