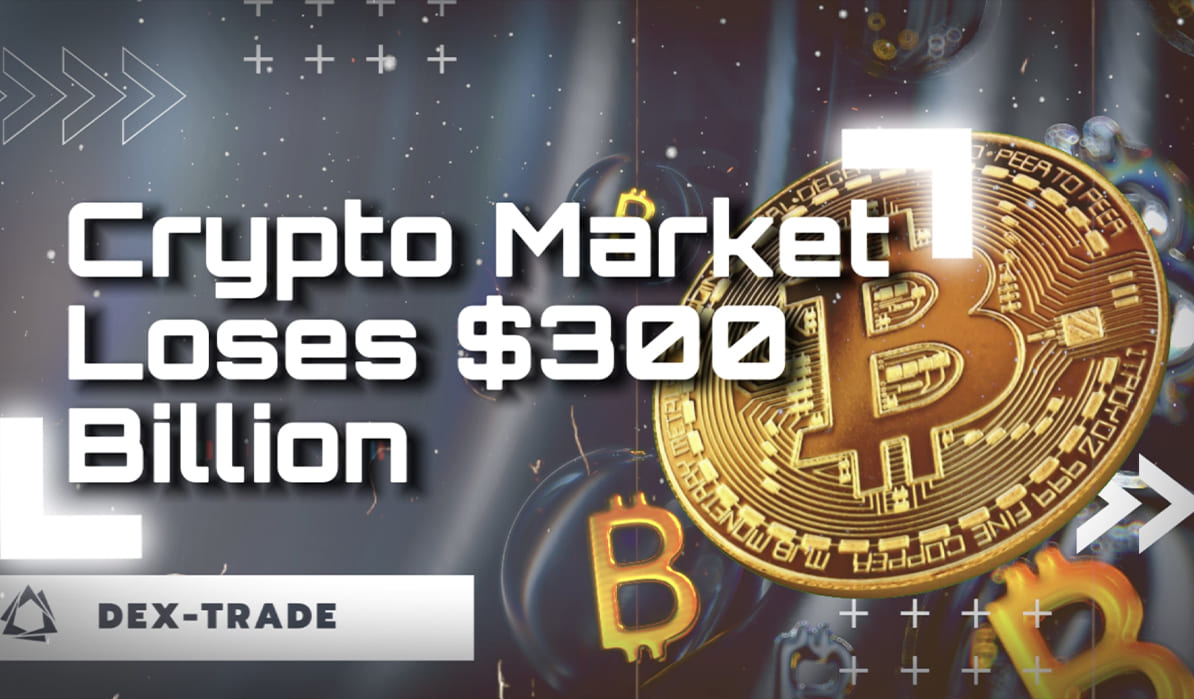 On Tuesday, there was a large sale of two key cryptocurrencies — Bitcoin and Ethereum, which led to a drop in the crypto market capitalization from $2.79 trillion to $2.48 trillion in just 8 hours and was indicated by the general uncertainty in trading that affected almost all coins in the TOP-10. ZyCrypto reports. The "drain" was reflected directly on the course of the main heroes of the occasion: the price of BTC sank by almost 9.5%, having touched the dangerous level of $59,900 at the minimum, and the ETH downtrend slipped near the still "unhealed" psychological border at the level of $4148, which stated the loss of 10% of the asset value per day. The last such sell-off occurred about 3 weeks ago, when the market crashed in the wake of digital gold, which fell about $5,000 from $64,000 to $59,000 in a matter of hours. Then the capitalization also sagged by almost $200 billion compared to the market valuation, fixed seven days before the correction. However, the current market sentiment remains pretty optimistic. For many (even infamous) influencers, this is the optimal time to remind novice traders that a drop in BTC is a great reason to buy the asset, and not vice versa.

The dominance of dogs among meme tokens seems to be coming to an end, as the CateCoin (CATE) meme crypt was seen among the top ten fastest growing coins on CoinGecko, adding 400% to its value in just a month. Today, CATE is trading at $0.00001176, but it should be borne in mind that it was able to accumulate more than $170 million of capitalization in less than a year, so many experts prophesy that the growth rate of its value will not decrease at least until the end of the year. The CATE network also rewards its users for accumulating coin funds that do not move from registered cryptocurrency wallets. And the developers have provided for the possibility of getting up to 15% APY when the owners of the coin use it in the Catecoin Dapp. Of course, this doesn't give any success guarantees of the project as a whole, but here we are talking more about the fan community, which agrees to coexist on mutually beneficial terms. For now, CATE remains a good example of the timely launch of the canine meme counterpart, which seems to soon monopolize the shit coin segment.

On Tuesday, Binance launched a cryptocurrency rights campaign highlighting the ten fundamental rights of digital asset owners, calling on industry leaders, regulators, policymakers and users to help further develop and improve them. CryptoBriefing reports. The campaign was launched by the Financial Times, with the clickbait headline "CRYPTO IS EVIL" gaping in the centerfold. It is important to understand that the information campaign is aimed not so much at the owners of the cryptocurrency as at the regulators, to whom Binance signifies its initiative in terms of developing clear and understandable rules for the conditions of market governance. “Like seat belts in a car, a more regulated crypto market provides greater protections for everyday users,” — wrote in the statement of the crypto exchange. In addition to advertising in the Financial Times, Binance has also created a website where users can view a list of the company's proposed regulations. At the bottom of the page, readers are encouraged to share their views on the matter on the Twitter feeds of other leading global crypto exchanges such as FTX, Coinbase, Gemini, Kraken, and Crypto.com.