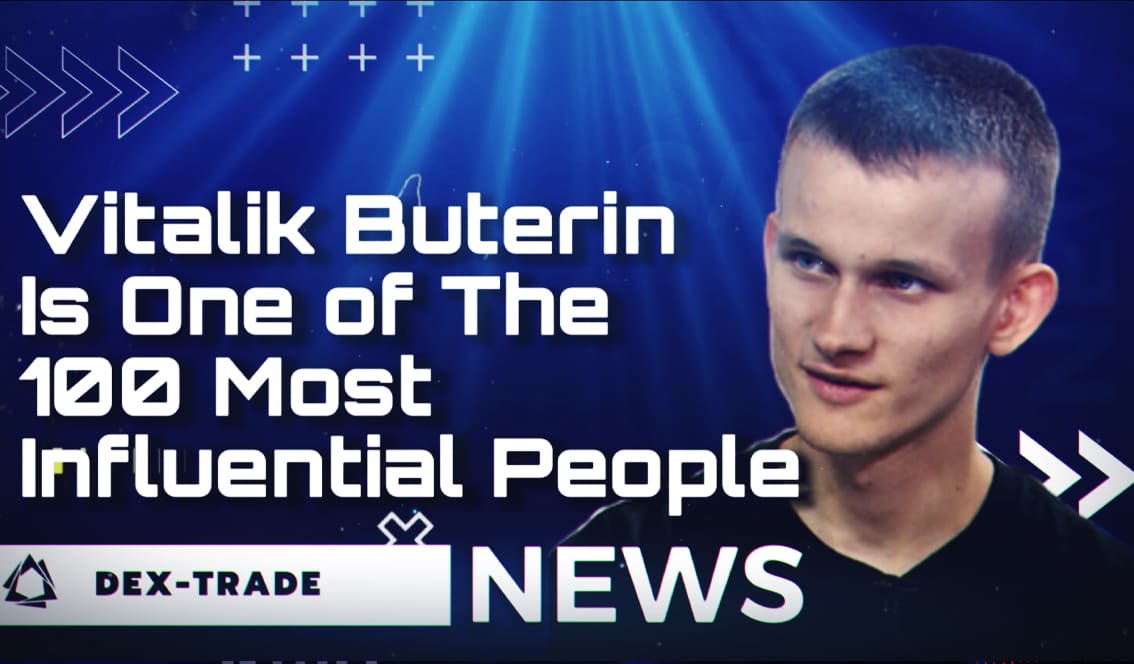 Ethereum founder and voice actor for Stoner Cats, Vitalik Buterin, was named one of the 100 most influential people on the planet by Time magazine in the Innovators category. Bitcoinist reports. It is noted that Buterin is one of two persons on the list who are associated with cryptocurrency and distributed ledger technology. The second influential person was the President of Salvador Nayib Bukele, who for the first time in history introduced Bitcoin as a means of payment for an entire country. As for Buterin, in 2021 he joined the board of advisers of the prestigious Dogecoin fund, donated $600,000 to combat the consequences of the pandemic in India, successfully carried out the London hard fork of Ethereum (AKA EIP-1559) and won the title of the youngest crypto billionaire. And do not forget that this year was the year of NFT — tokens created on the blockchain of Buterin's brainchild. They have had a powerful influence on culture and art, allowing thousands of extraordinary projects to receive the green light to enter the world's trading floors.

The Democratic Party of South Korea refused to endorse the crypto tax law, which was slated to pass in September, and passed a counter-law to abolish tax collection on digital asset investments, which was due to take effect in early 2022. Cryptopotato reports. 64-year-old member of the ruling Democratic Party, Noh Woong-rae, said the government did not have a well-thought-out fundraising plan to introduce the procedure. Thus, delaying the initiative seems "inevitable." The Democrat added that Treasury's tax enforcement policy on digital assets will not work as planned, especially when enforcing taxation on foreign crypto transactions or peer-to-peer (P2P) network transactions. At the same time, South Korea’s Finance Minister, Hong Nam-Ki, was recently determined to collect taxes from crypto investors from the beginning of 2022.

24-year-old Australian citizen, Stefan He Qin, was sentenced to 90 months in prison and a $55 million write-off for a cryptocurrency hedge fund fraud that resulted in over 100 people losing about $114 million, Decrypt reportes. Qin founded his fund back in 2017 and registered it under the name Virgil Sigma Fund Ltd. In the first year he earned $23.5 million from managing investors' assets, thanks to which the fund became known in the Wall Street Journal. By 2020, the amount of his earnings has grown to $90 million. But in February 2020, the Australian founded the second fraudulent hedge fund VQR, pooling the assets of investors in the amount of about $24 million. Qin soon lost control of his funds and used the capital of Virgil Sigma Fund Ltd investors to rent a penthouse in New York and a luxurious lifestyle. He also began investing significant amounts of stolen money in illiquid investments outside the crypto market. The criminal scheme collapsed in December 2020. The businessman surrendered on his own to the American authorities and received 7 years of imprisonment instead of 20 possible for cooperation with the court.

The State Bank of India (SBI) has shut down its UPI payment system for cryptocurrency trading without explanation. Ambcrypto reports. At the time of the system lockdown, only one Indian cryptocurrency exchange, WazirX, still offered UPI payments, but only through a wallet application without being tied to commercial banks. Although 14 banks still support instant crypto deposits via Internet banking, but this list excludes SBI, HDFC Bank, ICICI Bank, etc. It is very likely that other banks will soon follow the lead of the largest Indian lender (SBI) and tighten their stance on cryptocurrency. This can lead to significant difficulties for traders and problems with the withdrawal of personal funds.