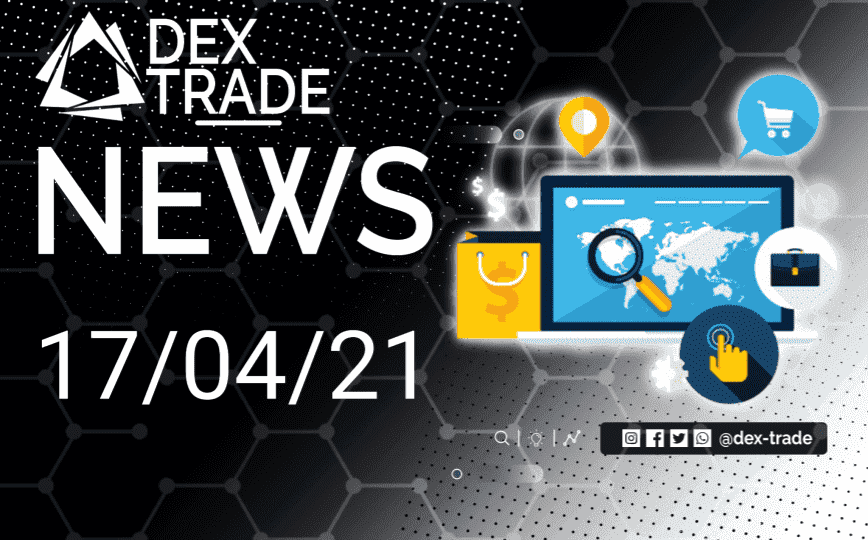 The whiff of spring’s onset is palpable in the air as people are diverging from the online world into the offline environment to enjoy the carnal pleasures of nature’s rebirth. The crypto market is experiencing the same, as Saturday proved to be a slow and uneventful time. The following is an overview of the main news that made the headlines on Saturday, April 17th, 2021.

Bitcoin has dropped from its dominant positions of around $60,000 to $52,148 in under 15 minutes during the Asian session of trading late on Saturday, liquidating almost $4 billion worth of positions on the derivatives market. The crash comes amidst speculative news that the US authorities may be charging some companies and major corporations with accusations of money laundering using cryptocurrencies. Apart from that, the reasons for such a tremendous drop in value remain unknown and to be explored. All other altcoins crashed along with Bitcoin, some taking losses of as much as 21%, like BCH.

A Non-Fungible Token depicting National Security Whistleblower Edward Snowden was sold at auction for a paltry $5.4 million. The bidding was hectic as bidders were in a frenzy to buy the NFT in a flurry of requests and bids. Edward Snowden has already said that the funds raised as a result of the sale will be donated to the Freedom of the Press Foundation, where he is a member of the board of directors. The sale makes the NFT the second most expensive ever sold right after Beeple’s $69 million sale.

Amidst the unprecedented growth of fraud and scams ravaging the citizens of the Russian Federation, The Ministry of Finance of the Russian Federation is developing legislation that will help reduce cases of money transfers to fraudsters. The Ministry is hoping that the development of a digital Ruble. Though the Ministry of Finance had previously refuted the possibility and need for such a digital asset, Head of Financial Policy Department Ivan Chebeskov stated that the department is developing legislative measures to curb the activities of fraudsters. A strategy for the development of financial literacy is also being developed to help citizens identify fraud. The Ministry of Finance intends to restrict the schemes of fraudsters using controlled digital assets, though admits that the attackers will continue to create new ways to deceive citizens. The Ministry of Finance also hopes that legislative and technological innovations will reduce activities of the scammers and sees the digital ruble as a promising technology for such purposes.