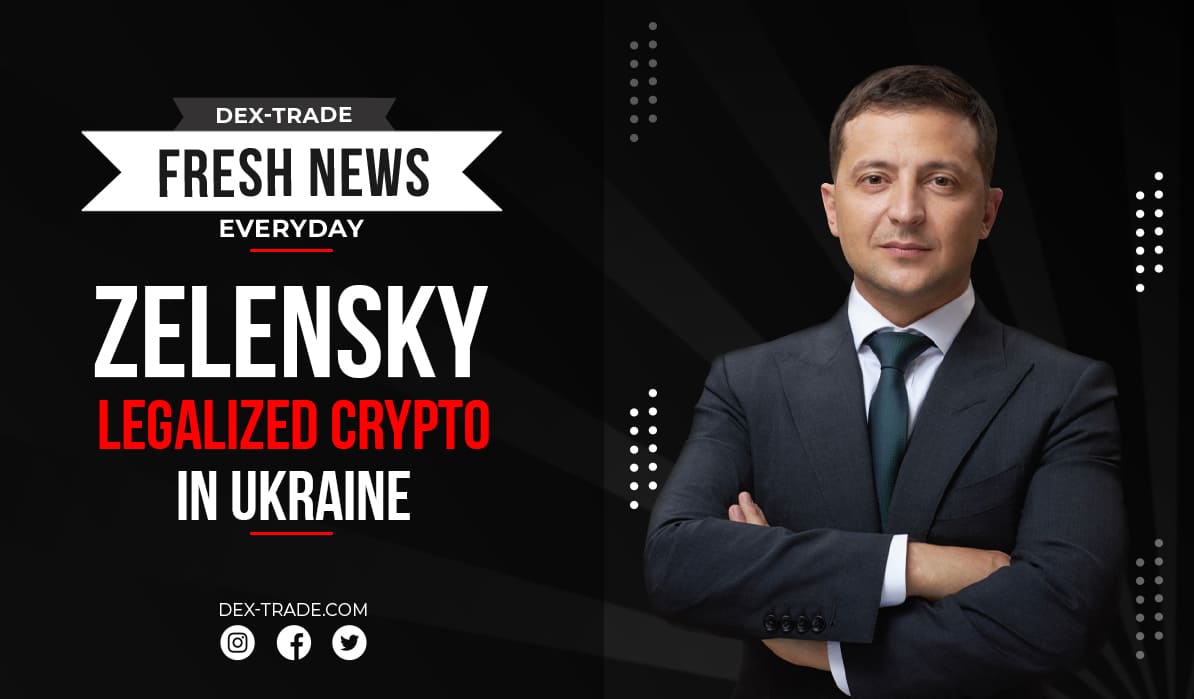 Volodymyr Zelensky, President of Ukraine, signed the long-awaited Law on Virtual Assets, under which all transactions with Bitcoin and other virtual money in the country will become fully legal and regulated. This step was planned, but it became even more appropriate due to the martial law in the country due to the aggressive war that putin's Russia unleashed. The official accounts of governmental and non-governmental humanitarian organizations in Ukraine have already received more than $200 million in donations from caring people who help the Ukrainians survive and defend themselves during the barbaric war. There are now three legal categories of digital assets in the country: “Secured”, which operate as security tokens that generate profit; “Unsecured”, which includes Bitcoin and all altcoins; “Financial” virtual assets, which include tokenized stocks and stablecoins, as well as central bank digital currency. According to a recent government statement, the Ukrainian government body is responsible for “shaping and pursuing a policy in the field of virtual assets,” as well as for issuing permits to providers of crypto-currency services and virtual assets, and exercising supervision and financial monitoring. Recall that the relevant bill was adopted by the Verkhovna Rada in September and sent to the President, who then returned it in October with recommendations for changes in regulatory bodies. According to his proposals, the Ukrainian parliament passed the law already in mid-February. Zelensky needed to sign it within ten days, but the invasion of putin's troops prevented the president from doing so in a timely manner.

Russian CBDC Will Become an Unsuccessful Copy of Digital Yuan

According to Stanislav Tkachenko, a professor of international relations and economics at St. Petersburg State University, Russian officials were closely watching China's gradual introduction of a state digital currency and believed that Russia would simply copy these actions by implementing its own CBDC project. However, any central bank digital currency has a number of significant drawbacks, and in the case of Russia, this list is likely to become more voluminous. First of all, we are talking about the complete deanonymization of transactions. And while regulators of RFs’ Central Bank have always been extremely concerned about the anonymity of crypto, which technically facilitated financial crimes, CBDC will also inevitably become a target for cybercriminals. Secondly, Russian “brand” oil has significantly fallen in price on the international market, and cryptocurrency exchanges are already closing the digital wallets of Russian traders. And instead of fearing that Bitcoin will be used to pay for illegal transactions on the dark web, the Russian authorities should now consider that any transactions with the Russian CBDC will be considered suspicious by the world community. Thus, it’s very difficult to calculate the effectiveness of the development and launch of the Russian government crypto. Most likely, the country does not have enough resources to implement this project.

Bank of Canada and MIT to Investigate CBDC

The Bank of Canada has partnered with the Massachusetts Institute of Technology's (MIT) Digital Currency Initiative (DCI) to explore how "advanced technologies could affect the potential design of a CBDC." Under the terms of the partnership, the joint work will be carried out throughout the year and will be part of a broader program of development of digital currencies, financial technologies and how CBDC can be integrated into the Canadian economic ecosystem. No decision has yet been made in Canada on whether to introduce CBDC at all, according to officials. However, on the basis of the current study, the government of the country will already make a more informed decision. By the way, this is not the first collaboration between MIT DCI and a bank for CBDC research. In early February, the institute published the results of partnership work with the Federal Reserve Bank of Boston, which concerned the development and implementation of government crypto.