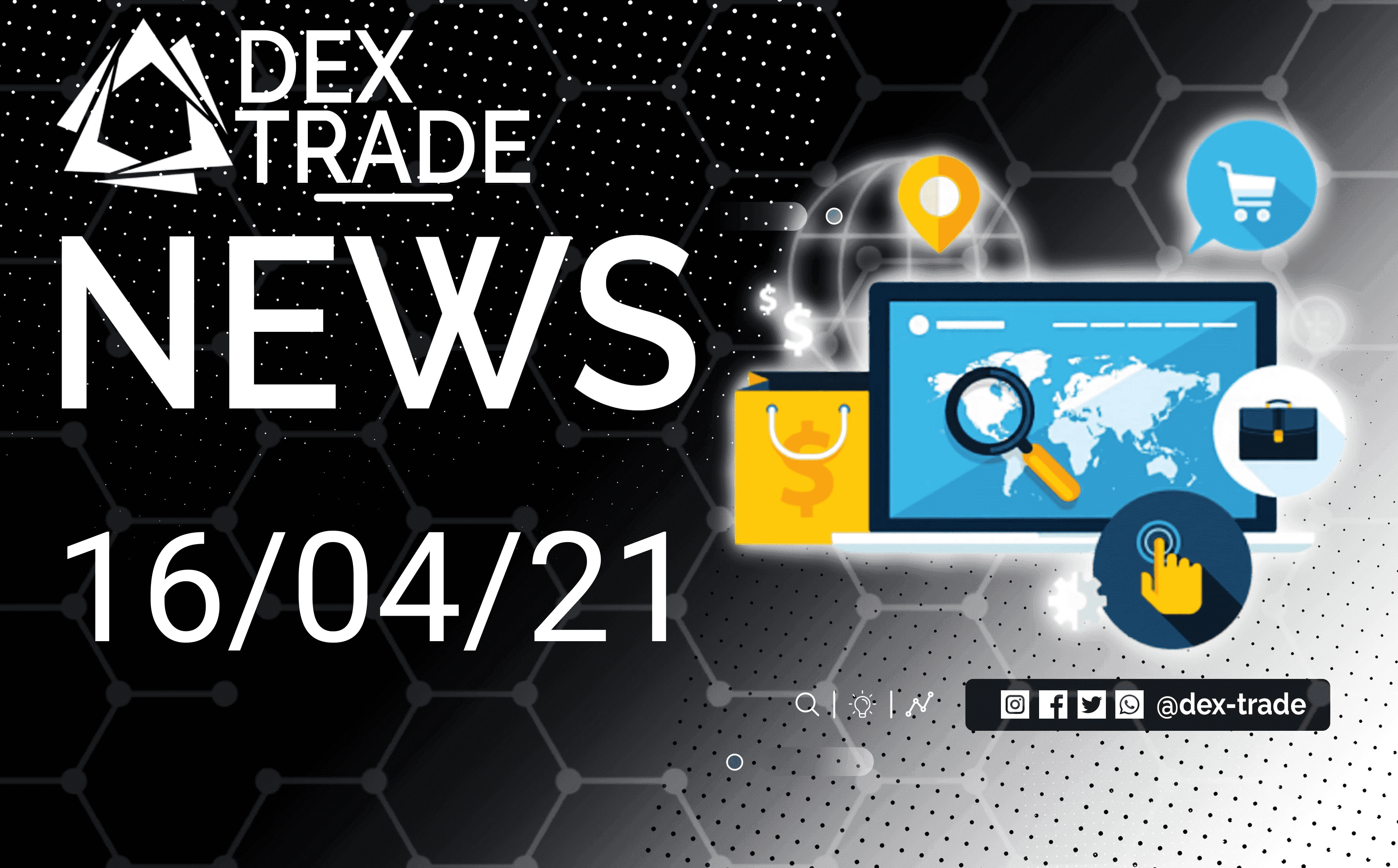 The end of the working week drew to a close, but the crypto market continued working, moving the gears of a thriving industry. The following is a short overview of the main news that made the headlines on Friday, April 16th, 2021.

Bitcoin has rolled back from its dominant new price mark of $64,865 to the previous maximum of around $61,500, forcing the king of cryptocurrencies to seek new resistance levels. Despite the ongoing decline, the technical indicators are still showing bullish trends for Bitcoin as investors have not lost confidence in the coin and are likely simply preparing for the weekend lull in activity. In the event of a rebound, the next resistance should be expected to be the $68,724 region, giving Bitcoin new areas for growth to the previously predicted highs of $75,000.

After six months of reducing their BTC reserves, Bitcoin hodlers have started accumulating new coins on their wallets in expectation of further growth. After the recoil of Bitcoin’s price to around $12,000 in October of 2020, the amount of Bitcoins on user wallets that are inactive have started to increase, signaling investor expectations of reaping major profits in the near future as the coin grows in price. The bullish trend is being stimulated by a semiannual growth of over 400% for Bitcoin, which is likely to continue if historical price charts and technical analysis predictions are to be believed.

The hashrate of the leading Bitcoin mining pools has collapsed in under a day, leaving the cryptocurrency reeling as the reverberations of the event have sent panic sentiment across numerous market sectors. According to preliminary information, some pools have lost as much as 30% of their capacity over the past 24 hours. The reasons for the colossal drop in hashrates are technical in nature and are tied to massive power outages in northwest China. The local government has said that the outages are part of planned preemptive measures to renovate the power grid. The event is not the first of its kind, as China has been playing on the nerves of miners and the entire market for years, using power as a powerful instrument of leverage. In December of 2020, another power outage sent similar reverberations across the market.

In light of its depressing economic situation and attempts at issuing a state CBDC, the Central Bank of the Republic of Turkey has stated that it plans to forbid crypto holders from using any manner of digital assets as means of payments. It will also prohibit any payments providers from giving access to fiat onramps for crypto exchanges. The country’s Central Bank has made it clear that the ban will come into effect on April 30, rendering any crypto payments solutions and partnerships illegal in the country. A statement issued by the bank on the matter is as follows - “Any direct or indirect usage of crypto assets in payment services and electronic money issuance will be forbidden.” Though the news is depressing, banks are not going to be included in the restrictive regulation. As such, users will still be able to deposit Turkish lira on crypto exchanges using wire transfers from their bank accounts. In addition, payment providers will be unable to provide deposit or withdrawal services for crypto exchanges.