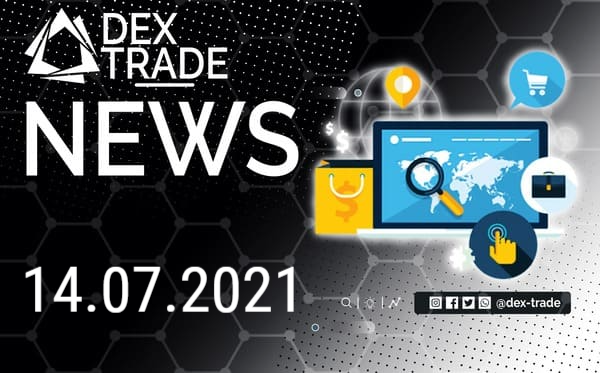 The crypto world is full of rumors: is Apple really going to invest in Bitcoin?

The crypto community is actively discussing the yet unconfirmed purchase of BTC by the Cupertino tech giant for over $2 billion. In particular, such information is publicly available on the Galaxy Trading Twitter platform.

At the same time, the CEO of blockchain platform ChainLeak Joshuwa Roomsburg tweeted that he estimated Apple's alleged investment in bitcoin at $2.5 billion. Roomsburg even promised to buy an iPhone if his forecast comes true.

But are the Cupertinians really ready for such a step? The fact is that Apple has established itself as very cautious marketers who act primarily on the basis of reputation. The purchase of cryptocurrency may be enough reason for the stocks of the tech giant to fluctuate, which, among other things, will affect its commercial well-being.

In this perspective, @Flappening, a popular crypto channel, twitted about the situation, ironically stating that "if negative probabilities were a thing, that's what I would give to the chances of Apple buying 2.5 billion worth of Bitcoin."

By the way, this gossip did not affect the value of BTC, which predictably fell by another 3%.

Didn't laugh for long: Musk’s joke could not bring Dogecoin back into trends

In response to Dave Mac's tweet that Tesla can see dogs on the road, Elon Musk wrote that "Maybe when she sees a Shiba Inu, the machine will render Dogecoin."

However, this joke clearly does not create the expected excitement in the crypto community, as it did with Musk's past tweets a couple months ago. The reason for this may be a general drop in the excitement for such mentions in principle: the entrepreneur's tweets are underestimated, since they are commonplace.

As result, the DOGE price rose from $0.2008 to $0.206, after which it corrected. However, back in early July, Musk supported the upcoming Dogecoin update by announcing faster and lower fees transactions with meme-coin.

One way or another, an entrepreneur's enthusiasm for a "doggy" digital asset can be extremely ironic, and given his comparisons of DOGE with major cryptocurrencies, serious fluctuations in the coin can be expected in the near future.

A 39-year-old British woman who was arrested on June 24 is involved in the money laundering case. The woman was reportedly released on bail. The Met’s economic crime command have confiscated the cryptocurrency after checking intelligence on the transfer of criminal assets. While law enforcement officers do not specify what kind of cryptocurrency they are talking about.