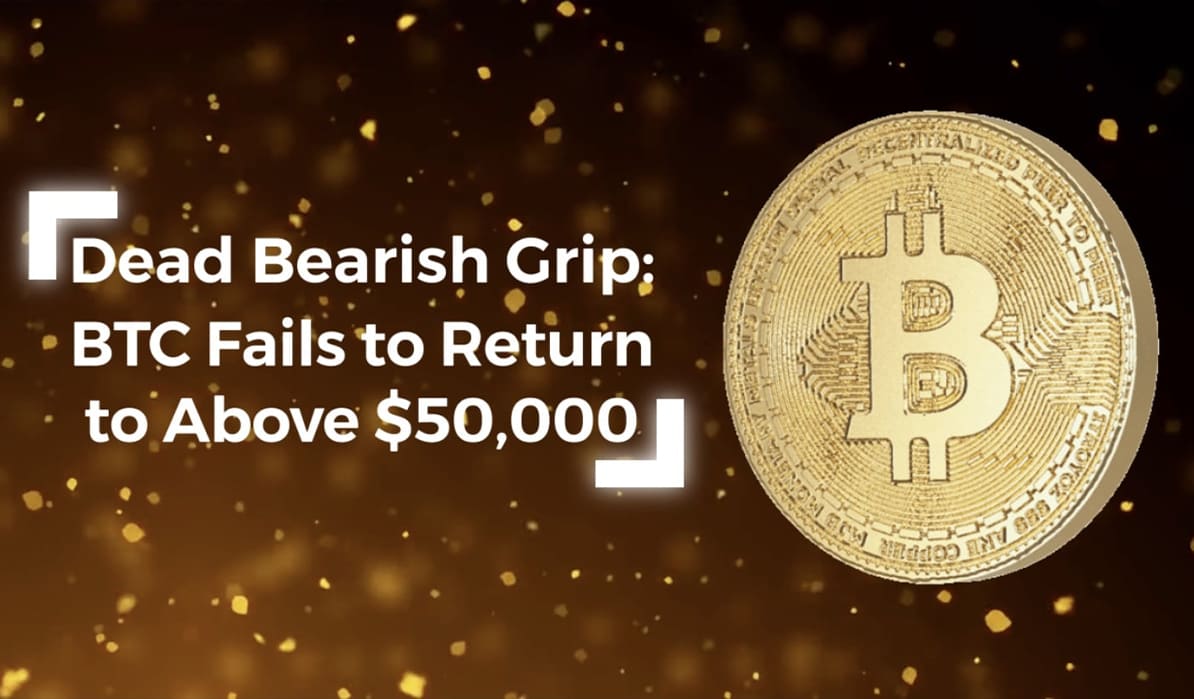 "Red market" Spares No One: Trading Week Results And Forecasts

The cryptocurrency market is still not out of the crisis, as BTC, ETH and most other altcoins continue to lose value. Nevertheless, analysts believe that the bullish trend is not over, which means there is still hope not only to get back the former positions, but also to reach new peaks.

On November 10, the BTC coin reached a new all-time high at $69,000 and entered the usual retracement phase. However, this small pullback was longer than holders expected, and recently broke critical support of the 0.5 FIB level and the 200 EMA line together. At the moment, the coin has lost 30% of its value from the previous high and is persistently trying to test the broken resistance of $64,870.

BTC is still in the correction phase, which has fallen below the 0.5 FIB level. If the coin continues to stay in the price range below the $48,500 mark, it is likely that it will continue to move downwards and could go as low as $44,000. However, the positive news for Bitcoin is that its hash rate broke the previous historical high of 180ET/s (7-day moving average). This shows the reliability of the blockchain and its ability to recover from events like China's mining ban. On December 10, Bitcoin jumped more than $1,000 as U.S. consumer price index (CPI) data showed that inflation in November was higher than expected at 6.8%, the highest in nearly 40 years. In addition, TradingView data showed that BTC/USD reached $50,132 on the Bitstamp exchange. However, right after that, Bitcoin dropped below $47,000 for the third time. The inability to take the $50,000 mark and stay above it is holding back the uptrend and increasingly exhausting the bulls.

"The Patient Is More Likely Alive Than Dead." ETH Feverish After Price Collapse

The price movement of the second-largest cryptocurrency in November and December resembled a rollercoaster ride: ETH touched the $4,000 support level several times, then reached $4,500, but was pushed back. Fortunately for the bulls, the key support level at $4,000 has held at each test. And as long as that continues, ETH still has a good chance of recovering.

Over the past seven days, ETH has performed poorly, falling 9%. Most of the blame goes to the December 4 collapse, which set a pessimistic mood for the rest of the week. What's especially important now for ETH is that the daily candle doesn't close under a key support level, which bodes ill for the bulls. If you look at the exchange rate against bitcoin, the past week can be called one of the best for ETH. The rate reached 0.088 BTC, which has not happened since the beginning of 2018. Therefore, in the near term, the crypto-asset has every chance to outperform bitcoin, especially thanks to a major breakthrough in the BTC/ETH trading pair, where ETH overcame the resistance of 0.080 BTC.

Metaverse Lives By Its Own Rules: a Review of Potential Coins

Despite the obviously difficult stage for cryptocurrency markets – some Metaverse coins showed good price growth, which makes them potential contenders for purchase. Let's take a look at some of this week's most promising coins.

inSure DeFi (SURE). An insurance policy for those wishing to invest in high-risk Metaverse projects and thereby insure their assets against sharp devaluations and "rug pull" (one of the most common types of fraud, when scammers release a coin and make a fuss about it, and then disappear with the money). At the time of writing, SURE was trading at $0.01, you can buy it on Uniswap, PancakeSwap, QuickSwap, STEX, Coinsbit, 0x Protocol and other exchanges.

CryptoPlanes (CPAN). A blockchain-based, metaverse game with NFT planes. The project has good ratings, over 212,000 players and over 17 million in-game transactions. The CryptoPlanes token is up more than 4.57% this week. At the time of writing, CPAN was trading at $2.92 - available for purchase on PancakeSwap, BKEX, DODO BSC and ZT.

WAX (WAXP). One of the most popular crypto-gaming platforms on the market, with over 400,000 daily unique visitors, over 15 million daily transactions, over 8 million WAX accounts and over 30,000 dApps. The native WAXP token is used as an internal currency to buy NFTs, collectibles and video games. WAX is trading at $0.52 and can be purchased on Binance, Huobi Global, KuCoin, Gate.io, Bithumb, Bittrex, Crypto.com and more.