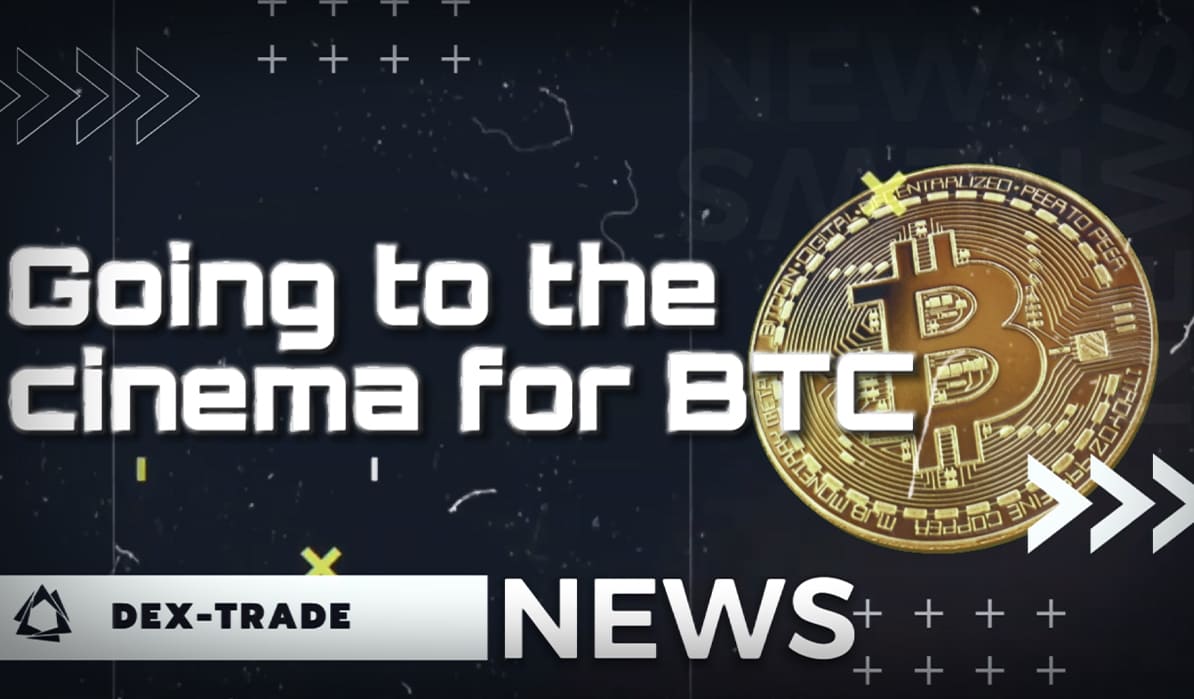 Going to the cinema for BTC: AMC Theaters will accept cryptocurrencies as payment for movie tickets

The CEO of the largest American cinema chain AMC Theaters, Adam Aron, said that the company plans to sell tickets to movie shows for Bitcoins by the end of this year. Cryptopotato reports.

AMC Entertainment Holdings was founded in 1920 and ranks among the world's largest movie chains with over $1 billion in revenue (2020). Market analysts suggest that the addition of BTC as a means of payment will have a positive effect on the value of a digital asset and, in particular, will become one of the mechanisms to revive the film industry, which is going through hard times due to the pandemic.

Aron noted that movie tickets and other Bitcoin purchases would have to happen exclusively online. However, it is not entirely clear if shoppers will be able to return their purchases and in what format this will happen.

There is one more nuance that was not specified in the statement of the management of AMC Theaters. It deals with BTC transaction fees, which now average around $2.50. Market experts are confident that the giant of the film industry will not incur additional costs, so the "crypto ticket" is likely to cost cinephiles a pretty penny.

Crypto Under Tight Control: US Senate Has Not Amended Infrastructure Law

Jerry Brito, executive director of the Washington-based crypto think tank Coin Center, said the US Senate refused to amend the infrastructure law that removes the obligation for providers and developers of cryptographic products to declare their digital income and pay the applicable tax levy. Cryptoglobe reports.

Thus, after the adoption of the law, developers of crypto wallets, miners and exchangers legally operating in the United States will officially be considered "brokers" (cryptography providers) and will be held administratively and criminally liable for tax evasion.

In the current version of the law, the term "broker" includes “any person who (for consideration) is responsible for regularly providing any service effectuating transfers of digital assets on behalf of another person”. In fact, this means that even blockchain developers will be considered brokers, which will obviously strike a blow to the investment attractiveness of crypto startups.

The Infrastructure Law will be reviewed today. According to crypto experts, if it is adopted, in the near future large development teams will be forced to leave the United States in search of a new place to implement their projects.

The last round was run by the American company B Capital Group, which attracted fundraising giants such as Block.one, Coinbase Ventures, Polychain and Jump Capital.

Since the launch of the trading platform in 2018, the number of its clients has reached 3.5 million. The new stage of financing will expand the trading infrastructure and conduct transactions on the platform for 50 million users simultaneously.

However, the Indian government is still undecided on the choice of a “regulatory style” for digital assets. Some analysts consider the uncertainty in the policy of declaring cryptocurrencies in India to be quite alarming.

However, the news about CoinDCX has not yet hit the radar of the country's authorities, so any predictions about the company's future are still nothing more than predictions.