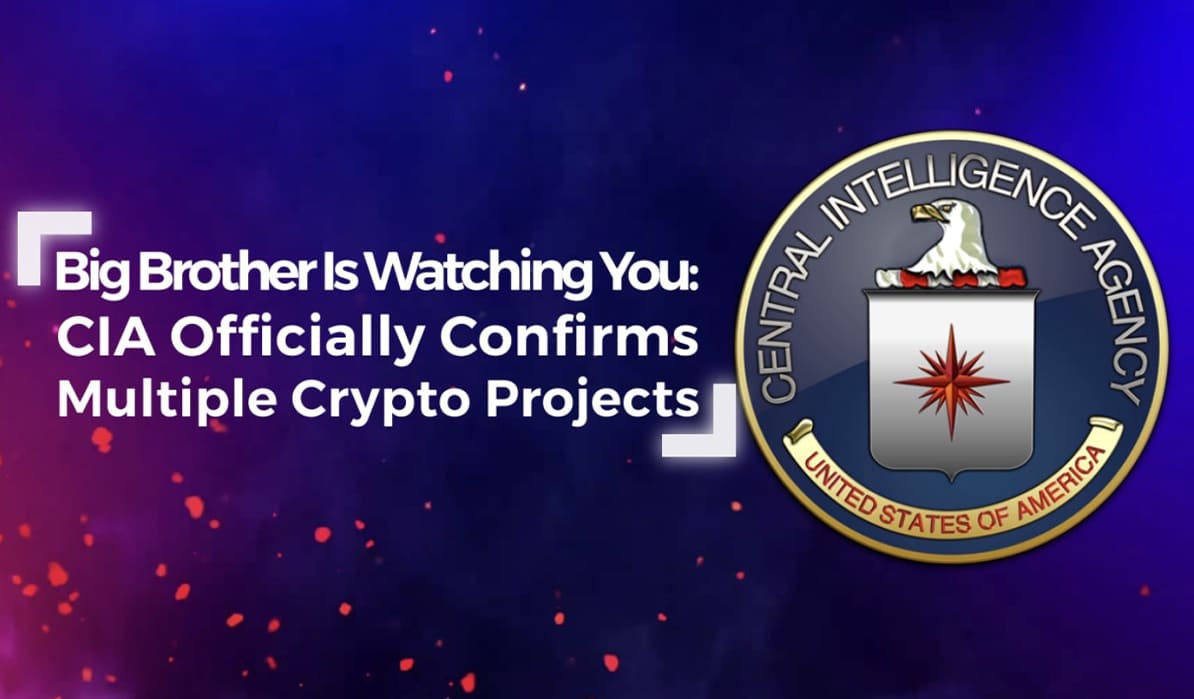 At the Wall Street Journal Board Summit, CIA Director William Burns officially confirmed the organization's involvement in several crypto projects that monitor the origins of digital assets, their distribution, market impact and use in fraudulent schemes. According to Burns, these projects were initiated by the former head of the CIA, David Cohen. And this could be considered an unpretentious way of transferring responsibility if the current CIA director did not clarify that now for the government agency, matters related to the crypto industry are a priority. Now Edward Snowden's "nightmares" do not seem too out of touch with reality, as Burns confirms that significant taxpayer resources are spent on the CIA's work in the cryptocurrency sector. Moreover, the intelligence agency is now hunting not only crypto experts, but also economists and financiers. Our readers are unlikely to be surprised by Burns's words, but in order not to get into conspiracy theories, it’s important to understand that today crypto really appears in most shadow schemes to deceive investors' funds, economic crimes and pyramids. Therefore, the statement of the CIAs’ head is another statement of the impressive influence of digital currencies on the modern world.

AI-powered infrastructure provider Humans.ai has launched an initial DEX offering (IDO) on the Polkastarter platform and has announced its intention to create a platform to transform research and consumer technology into digital assets. And now with simple words. Humans.ai wants to raise funds to create a platform where custom technologies based on artificial intelligence can be turned into NFTs with a bunch of non-standard use cases: from developing a digital copy of human DNA to training neural networks based on tokenized databases. They plan to reward active users of the site with native tokens, and the project itself will operate on a blockchain with an exotic Proof-of-Human transaction confirmation protocol based on user biometric data. Of course, the developers honestly guarantee the confidentiality of customer information, but if we assume the consequences of a hypothetical leak of biological data, then against this background any leaks in FaceBook will seem like a trifle.

Iceland's largest utility company Landsvirkjun has restricted electricity supplies to energy-intensive industrial consumers, including aluminum producers, fish processing plants and registered mining farms, due to a power plant malfunction, low water levels in reservoirs and delays in the supply of electricity from other producers. At the same time, Landsvirkjun refuses to provide energy to new mining enterprises. The small northern country probably had enough problems from the work of the Hong Kong mining giants Canadian Hive Blockchain Technologies, Genesis Mining and Bitfury Holding to cause serious damage to the power grid. The news of the energy shortage in Iceland comes after Sweden and Norway began to seriously worry about the growth of cryptocurrencies on the environment. In November, Swedish regulators called for a ban on cryptocurrency mining across the EU, and later Norwegian regulators joined. It seems that the issue of renewable energy resources for mining has never been more acute.