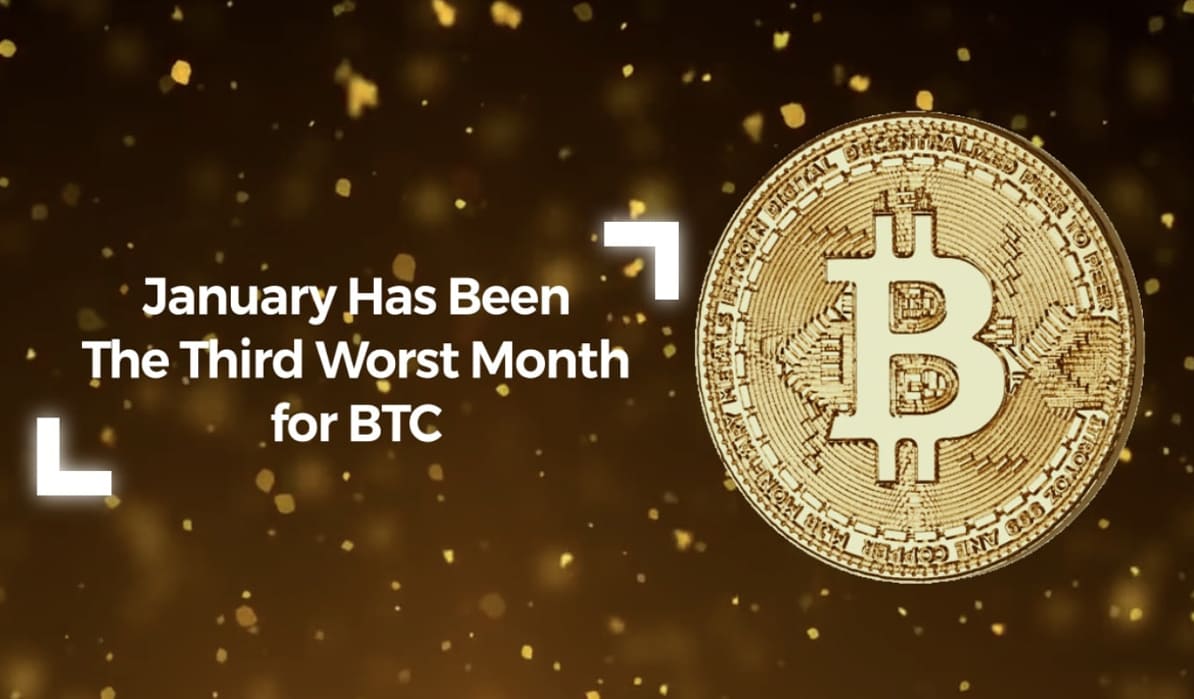 “January Has Been The Third Worst Month for BTC”, But “Green February” is Coming: Fresh Report from Kraken

Analysts at the American cryptocurrency exchange Kraken presented a report on Bitcoin and a forecast for a change in its price in the near future, which notes that the average yield from BTC for February was already 17%, while for the whole of January this figure barely reached 7%. “January 2022 came in well below the average and median readings of +7% and +1%, respectively, for January monthly performance and marked the third worst-performing January on record when looking as far back as 2011.” — according to the crypto giant’s report. As for the current month, the report mentions that February has historically been better for the cryptocurrency market than January. In particular, the average BTC yield of 17% recorded by experts makes this month the fourth most successful month in the history of crypto-gold. By the way, the report notes that during the 8 days of February there was not only a positive trend reversal and an increase in price dynamics, but also the volatility of the asset decreased. Moreover, it reached the minimum values for all previous Februarys. And some statistics from Kraken: the average volatility in February is 83%, which puts it in fourth place in this ranking after January (average 97%), April (about 96%) and June (about 87%). But the least volatile month is September with 61%.

Crypto exchange FTX has announced the launch of a new marketing campaign as part of the annual American Football Super Bowl starting on February 13th. The trading platform intends to raffle approximately 9.00 BTC ($395,000) among the participants of the promotion, however, the exact amount will depend on the launch time of the exchange’s advertising during the Super Bowl opening broadcast: for example, if the ad is launched at 21:05, the draw amount will be 9.05 BTC. Under the terms of the campaign, participants must follow the official FTX Twitter account and retweet the pinned post from the launch of the commercial until 11:59 pm ET. But there is one “but”: to participate in the draw, you must be a legal resident (with the exception of New York) or a US citizen. There will be four winners in the promotion, each of whom will need to create their own account on FTX.US in order to receive a reward. However, this condition is not necessary to participate in the draw. After the random selection of winners, they will receive a corresponding message on Twitter. The promotional video of the crypto exchange will be broadcast in the second half of the game, but the specific time of its launch has not been announced. By the way, the founder of FTX, Sam Bankman-Fried, publicly announced the purchase of airtime during the Super Bowl back in October 2021, and only now it has become clear what the fuss was about.

The program will be called Virtual Machine Threat Detection (VMTD) and the developers wrote about its launch in the Security Control Center (SCC) blog. According to the documentation, a virtual machine, by monitoring computing mechanisms, can identify network risks for the system, including malware for cryptomining deployed on virtual machines. The fact is that in November last year, experts from Google stated that out of 50 investigated incidents of misuse of Google Cloud, 86% were associated with cryptocurrency mining. According to Google's "Threat Horizons" report, hackers may try to gain access to users' graphics cards in order to exploit their resources. According to the developers, VMTD protects users not only from crypto-mining, but also from ransomware and user data leaks. Malicious miner attacks, also known as "cryptojacking", still pose a serious threat to PC users around the world. While the popularity of browser-based "cryptojacking" peaked during the 2019 bear market, cloud mining of cryptocurrencies is still a serious problem and something clearly needs to be done with it.