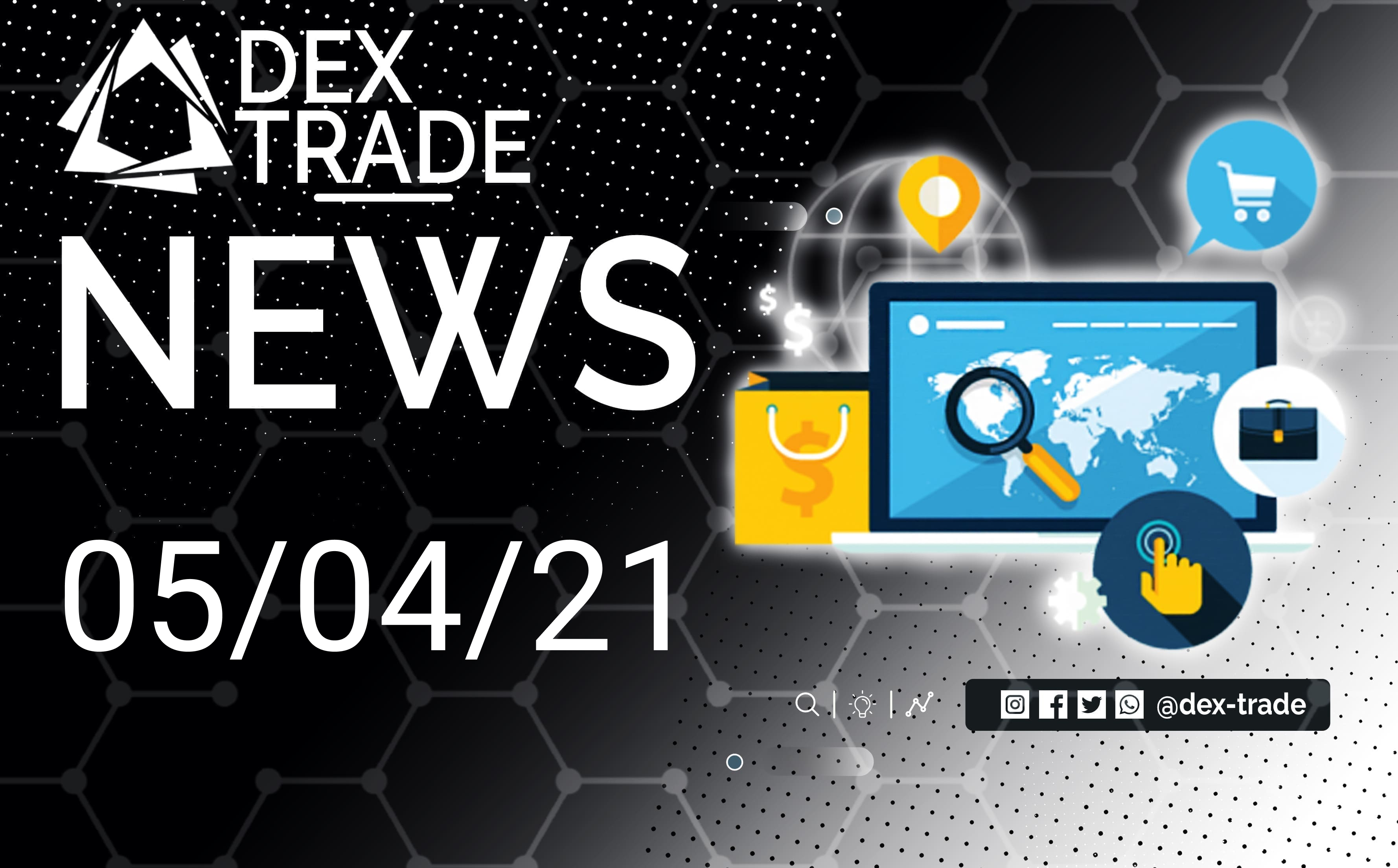 The new week has begun and Monday is always an eventful day that promises to hold numerous events in store for markets as they open. The following is an overlook of some of the news that made the headlines on Monday, April 5th, 2021.

A couple from California decided to become the first to bind the physical and digital worlds through their nuptial vows. The couple paid over $587 in fees on the Ethereum network as they released a named smart contract called Tabaat (ring in Hebrew) and issued NFT wedding rings. The event marks the first time a transaction was used to transfer the rings between the couple’s wallets and lasted an estimated 4 minutes. The contract was estimated co cost around 0.25 ETH to create, or about $450 at the moment of its creation. About 0.0048 ETH or $87 were paid for three more transfer transactions, and around $537 were paid to tokenize the marriage contract. Validation of the affair cost around $50 in miner fees. Much cheaper than the average $25,000 it costs to plan and run a marriage ceremony in the US.

The major Italian and international brand Gucci is eyeing the lucrative NFT market and is intent on being the first among prominent brands to do so. The brand is by far no stranger to new market entry moves, as in March it unveiled a digital sneaker called The Gucci Virtual 25, which can be purchased for $12.99. Users can try on the virtual sneakers through Gucci’s augmented reality app or the Wanna Kicks app.

Glassnode has reported that Eth reserves on the market and on exchanges have reached a 19-month minimum, marking a significant move in prices. Kraken states that reserves have decreased to 14.6 million coins, or about $29.5 billion in estimated value. The fact that the coins have started migrating to user wallets and are staying there is clear evidence of general investor sentiment and the strive towards an overall HODL strategy on the market in hopes of further price hikes for the second biggest cryptocurrency by market capitalization.

According to Coingecko, the cryptocurrency market’s capitalization has surpassed the psychological $2 trillion mark. Bitcoin’s capitalization still exceeds the combined value of all other cryptocurrencies, as its dominance index is close to 56%. Together with Ether, whose capitalization stands at around $243 billion, the two heavyweights occupy around 67.5% of the entire market. The third most traded asset is the Binance Coin with a capitalization of $57.7 billion.