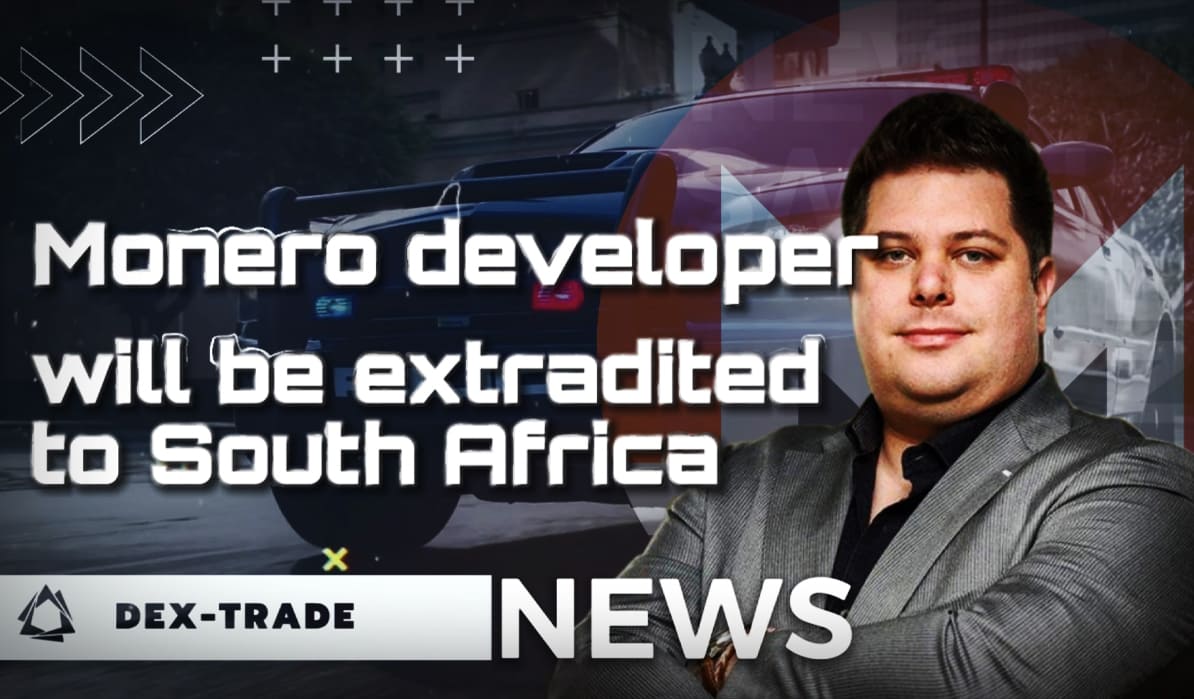 Monero developer will be extradited to South Africa: how it will affect the coin price

The programmer Fluffypony (real name Riccardo Spagni), who helped develop Monero (XMR), was arrested for a 2009-2011 fraud in South Africa, but the news of his extradition does not seem to affect the price of the main privacy coin in any way. Cryptonews reports.

At the time of the arrest, XMR, which ranks 29th in the cryptocurrency capitalization rating, was trading for $232 and suddenly lost almost 5% of its value per day. But from the next day after the news, the price continued to fluctuate above $230, while the market drawdown as a whole amounted to 4-7%. BinaryFate, the official developer of the coin, reacted to Spagni's arrest by stating that the Monero team took away "all administrator and repository rights" of him. The official website of the cryptocurrency also reported that 5,577 XMR ($1.3 million) from the general fund were transferred to "another wallet that Fluffypony does not have access to”.

The defendant reportedly falsified invoices to pay for Cape Cookies services, redirecting payments to his own bank accounts. If the charges are confirmed, he will face up to 20 years in an African prison.

Eight-bit Cryptopunks Become the Most Expensive NFT in the World

Larva Labs' Cryptopunk graphic characters could become record-high NFT artworks as the owner of a rare Cryptopunk 3100 wants to sell it at Christie's for 35,000 ETH (currently about $91.64 million). News.bitcoin reports.

However, this is not the first Larva Labs character to go under the hammer at a prestigious auction. At the last auction, nine cryptopunks were sold in NFT for a total $16.9 million. And on August 2, 2020, Cryptopunk 8053 was sold there for 80 ETH (or 210,000 at the time of sale). According to Nonfungible.com, the collection of 10,000 different Cryptopunk is currently the most successful NFT project, outstripping Art Blocks, Meebits, Superrare, The Sandbox, Decentraland and Hashmasks combined. This indicates that NFTs can, to some extent, be considered an even more stable asset than the crypto they sell for. An additional confirmation of this is the current market situation, when traditional digital money sags under the pressure of bears, and non-fungible tokens still selling like hotcakes.

The Sverdlovsk Regional Court of Yekaterinburg ordered the Sber, formerly known as Sberbank, to unblock the management and maintenance of the client's account, which traded in cryptocurrencies, after it "revealed the economic meaning of the transactions and indicated the source of funds”. Cointelegraph reports.

The reason for the blocking was asset transactions related to trading on cryptocurrency exchanges from May to August 2020. Sber has blocked all bank accounts of the crypto trader, citing anti-money laundering policies. However, even after the client tried to restore access to their accounts by providing detailed information about their transactions, the bank refused to resume their service. This led to a complaint from the client to the city court and a subsequent appeal to the Sverdlovsk Regional Court, in which he accused Sber of violating consumer rights. The court ruled that the bank must unblock all customer cards, resume service of accounts, and also reimburse his legal costs.

It is noteworthy that the bank's client also filed a claim for compensation for moral damage, but the court rejected it. Nevertheless, this landmark trial serves as an indicator of loyalty to the cryptocurrency on the part of Russian regulators, which are recently were very skeptical about digital money