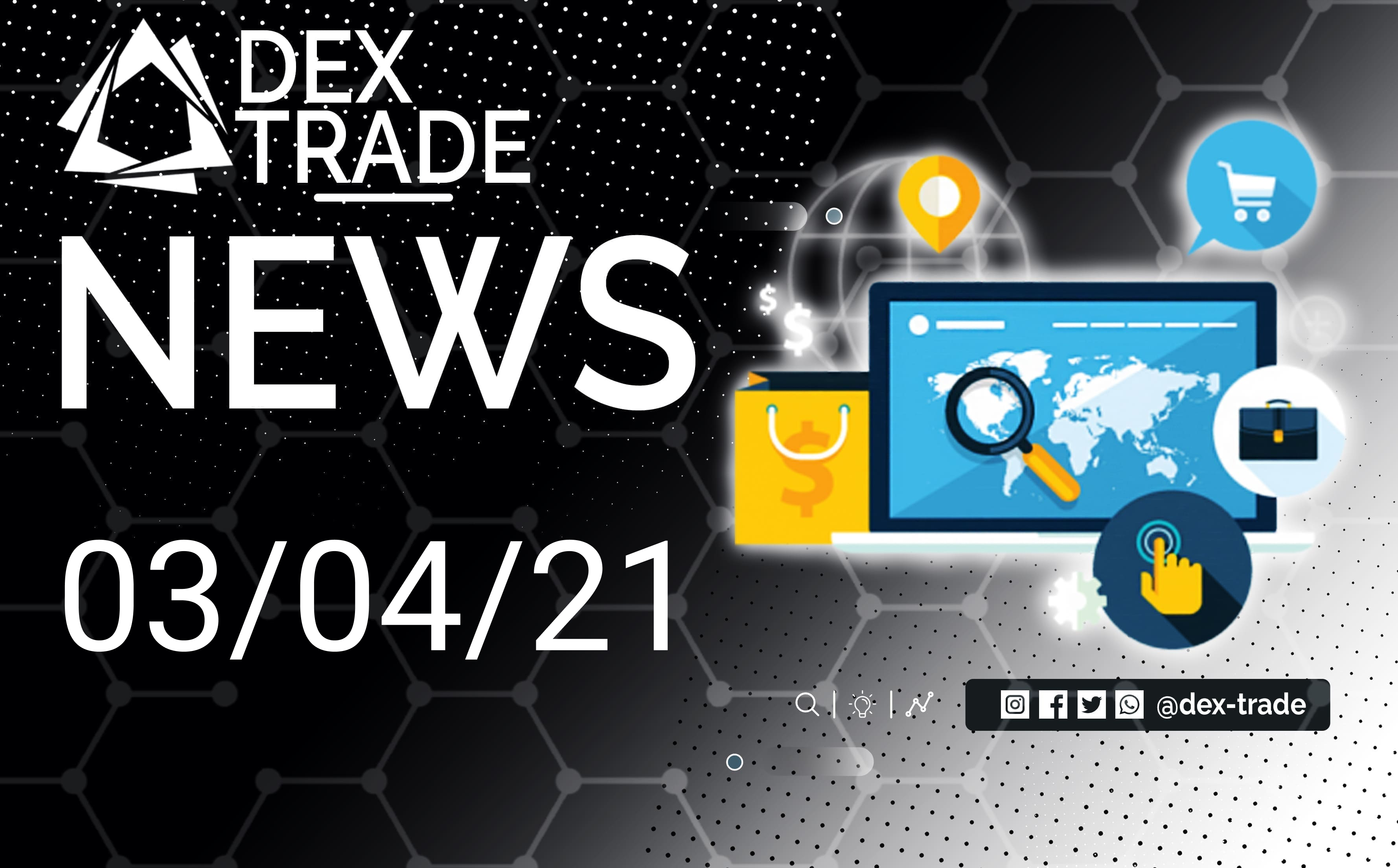 The crypto market awoke on Saturday, April 3rd, 2021, to several interesting pieces of news. Here are some of the main stories that made the headlines over the first day of the weekend.

Bitcoin made the first news by falling slightly in price to a range of $58,328 during intraday trading. The move was a good signal for the cryptocurrency despite the drawback, as it avoided the lower support level of around $57,000, making it clear that another move up is possible as the new week begins.

In other news related to Bitcoin, analysts from JPMorgan stated that the cryptocurrency showcased impressive volatility of around 72% over the last month, making it the most volatile asset in history. Such dynamics are placing pressure on investors to start making their move onto the crypto market in hopes of consolidating profits in the future. The “king of crypto” is being predicted to attain price levels of around $100,000 in the coming six months, if it manages to maintain current support levels in the region of $50,000 and above. The interest of institutional investors towards the asset is also being fueled by positive news backgrounds, which are peppered with such major names as Visa, Tesla and others.

Speaking of major names, famous billionaire Mark Cuban disclosed in a recent podcast that he has accentuated his attention on crypto assets and has concentrated 60% of his cryptocurrency investment portfolio in Bitcoin, 30% in Ethereum, and 10% in other digital assets. He has also expressed regret that he did not believe in Ethereum earlier, considering that the digital currency is currently being traded in the region of $2,000. Cuban had earlier stated that Bitcoin is more of a store of value than a currency, which makes it clear why he is concentrating his portfolio in the asset.

Other billionaires in the headlines are the Winklevoss brothers, as Tyler stated that Bitcoin is no longer under threat in the US. He states that the volumes that Bitcoin has reached in terms of capitalization will not allow regulators to place significant pressure on the currency. Such a view has its backing, as the interest of major national investors rests with Bitcoin and significant legal pressure on the asset would upset numerous lobbies, thus negatively affecting the American economy.

The weekend is never a highly eventful time for the crypto market, leaving more news to be expected as the labor week begins.