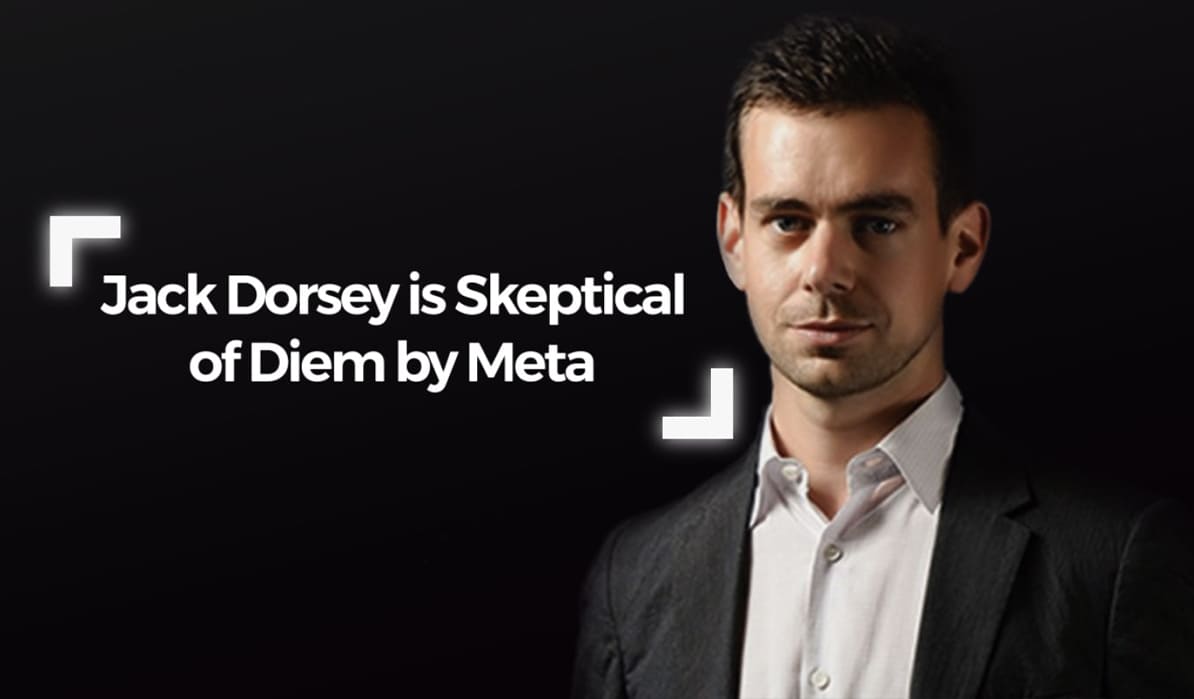 Jack Dorsey is Skeptical of Diem by Meta

Twitter founder and CEO of Block Inc., Jack Dorsey, speaking at the MicroStrategy World Conference, criticized Zuckerberg's Meta crypto project Diem, saying that the company should have spent more effort on creating a stable coin or improving the Bitcoin ecosystem. According to Dorsey, problems with Diem arose because the project was not open enough, and most of the development efforts were spent on finding ambassadors and attracting attention. “They tried to create a currency that was owned by Facebook — probably for the right reasons, probably for noble reasons — but there were also some reasons that would indicate trying to get more and more people onto the Facebook ecosystem. They did that instead of using an open protocol and standard like Bitcoin,” — businessman said. Dorsey is confident that if Meta promoted its products in the flagship crypto ecosystem as diligently, it would benefit all of the corporation's subsidiaries, including Messenger, Instagram, WhatsApp, and, in fact, Facebook. So why is he wrong?

California Music Festival Coachella has announced a partnership with crypto exchange FTX US for the Solana (SOL) based NFT Lifetime Pass sale starting this Friday, February 4th, and ending a week later, February 11th. Festival representatives report that this is only the first series of tokens, after which there will be other sales. It's called the "Coachella Keys Collection" and includes 10 NFTs, each offering lifetime access to the annual festival grounds and VIP services, including front row seats at top performers' concerts, stage access to a designated tent, and chef service, but all these bonuses are guaranteed only for this year. The partners also announced the launch of two more NFT collections. The first one is called "Sights and Sounds" and consists of 10,000 tokens that contain photos and music from the organizers' past festivals. Their declared value is $60 per unit. The second, more exclusive collection is called "Desert Reflections" and consists of 1000 NFTs. Ten digital posters from past Coachella concerts are distributed among the tokens. Each token will cost $180. Their owners will also be able to exchange their NFTs for a real (physical) copy of the Coachella photobook. Festival organizers say that a portion of the proceeds from NFTs sold will go to charities such as GiveDirectly, Lideres Campesinos and Find Food Bank. The rest will go to fees for volunteers, employees and partners.

According to analysts at the Better Business Bureau (BBB), which serves Southern Alberta and Eastern Kootenay, Canadian investors continue to lose millions of dollars to cryptocurrency scams, so the company compares the local digital asset market to the Wild West in the 19th century US. A member of a local business group, Wes Lafortune, told Global News that the average amount of theft reported by investors who fall victim to these scams is $600. However, he also mentions cases where investors allegedly lost millions of dollars. Although Canada was one of the first to approve digital asset ETFs, long before the US regulators took that step, it still has a lot of work to do to create conditions for digital asset trading to protect investors from scammers. “It’s a bit of the gold rush mentality. People want to make a quick buck, and there are promises of huge profit, huge gains, and those usually don’t materialize,” — Lafortune said.