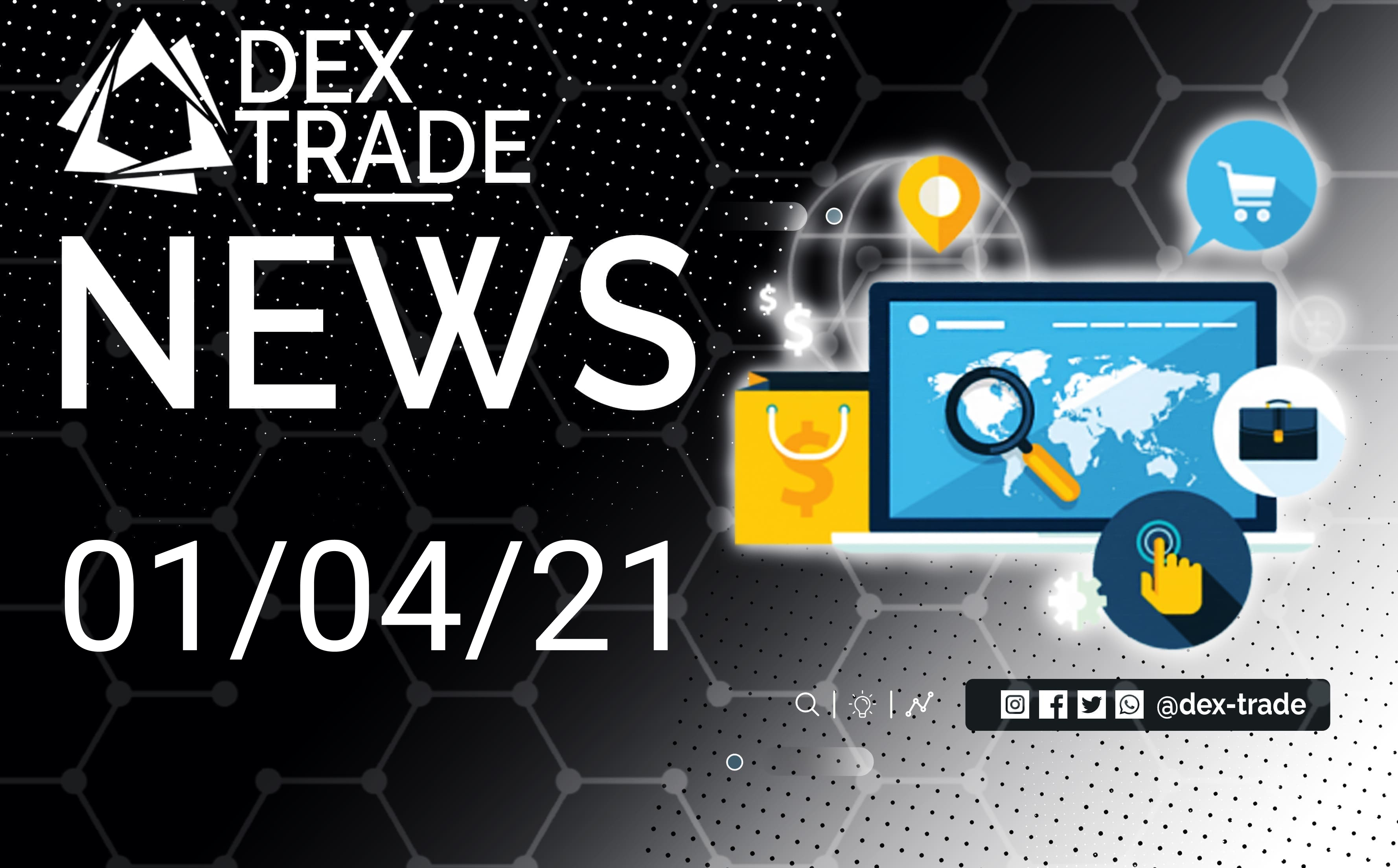 The crypto market waded through April Fool’s day with a slew of news that managed to grab the headlines and attract the interest of both professional investors and average market enthusiasts. Jokes aside, here are some of the main events that made the headlines on April 1st, 2021.

Another CBDC – Central Bank Digital Currency – emerged onto the market on April Fool’s day as The Eastern Caribbean Central Bank (ECCB) announced that it was preparing for the launch of its own native digital currency. The new CBDC, dubbed DCash, will be made available in such tropical states as Saint Kitts and Nevis, Antigua and Barbuda, Grenada and Saint Lucia. Users willing to make use of the new currency will have to download a specially developed DCash Merchant App. The currency is being fielded and marketed as a native development, but there are reports that the team of the Bitt fintech startup was involved in the development process, having sufficient experience in the past, when they helped with the ECCB digital currency.

In another turn of events, US President Joe Biden announced on March 31 a new stimulus package worth a staggering $2 trillion dollars, which is aimed at heating up the American economy. The announcement was instantly picked up by the crypto market as a positive sign and Bitcoin reacted by growing by 0.35%, standing at $59,286, marking weekly growth by 13.57%. Market experts are already stating that Bitcoin could grow to $100,000 on the wave of positive news for the US economy as the stimulus package gives the local population new opportunities of spending the received cash on crypto investments. Another factor stimulating Bitcoin’s growth is the fact that more companies from mainland America are starting to accept cryptocurrencies as means of payment. PayPal and Visa have already allowed their customers in the United States to make payments using various coins, while Tesla is getting ready to start selling electric cars for crypto, and Goldman Sachs is announcing its entry onto the crypto market.

As a final development further solidifying the crypto market’s integration into mainstream financial mentality is the news that Andreessen Horowitz invested a significant amount of funds in the Element Finance loan protocol. The project managed to raise an impressive $4.4 million during the first round of investments as participants included such names as Placeholder, SV Angel, A.Capital, Scalar Capital and Robot Ventures.