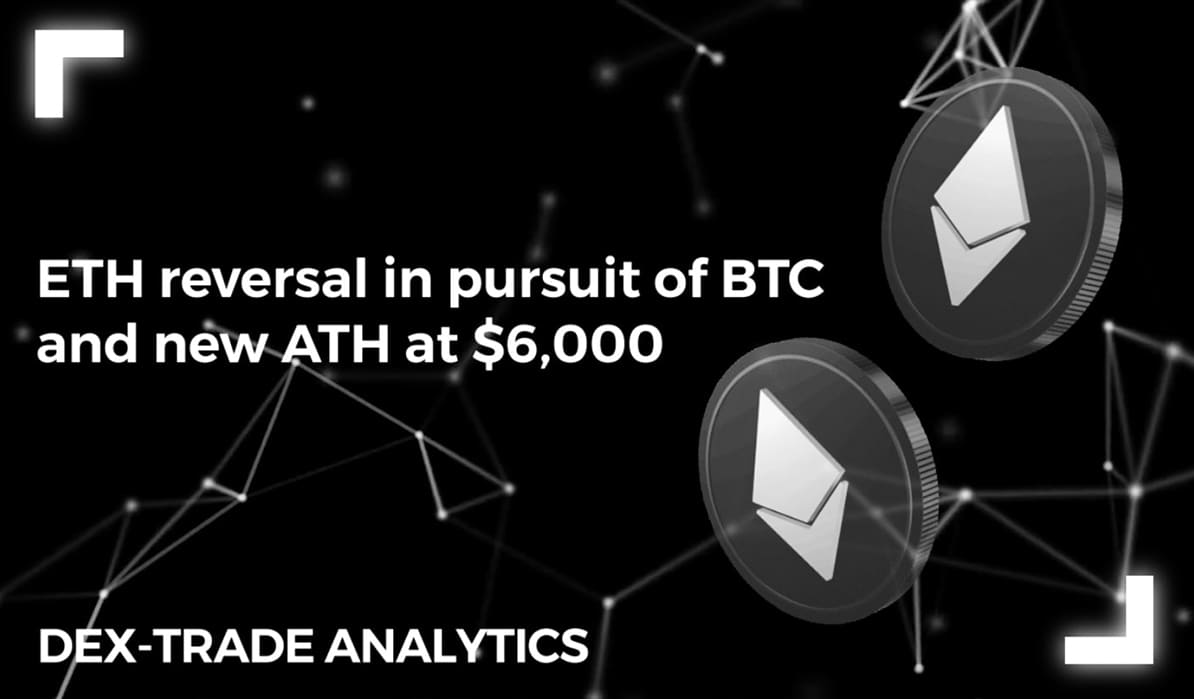 The last day of 2021 puts everything in its place: we did not see BTC at $100,000, but received a new ATH at $69,000; SOL has not bypassed ETH, but now we have two reliable blockchains with smart contracts; DEX grew and strengthened its position, and P2E set a new trend in the global gaming economy. The outgoing year was the year of NFT, the "Mask effect", the metaverse and the first developments in web3. China managed to completely ban the crypto, El Salvador successfully accepted BTC as the state currency, and miners fleeing from China caused an energy crisis in more than a dozen countries. What changed? Literally everything. Cryptocurrency as a phenomenon has received a powerful reputation boost, so next year the market will continue to be filled with new crypto enthusiasts, crypto evangelists and, of course, critics of digital money. And now let's take a closer look at the events of the last week of 2021 in order to know what is being prepared for in 2022.

Will New BTC Rallies Start, or Will We Have to Wait Until March?

Now the market is dominated by two predictive trends. Bitcoin optimists, including economist and trader Alex Kruger, rely on the so-called “first week of the year effect”: since 2018, every first week of January, Bitcoin has added from 7% to 36% to its value. Krueger believes that the year will start with the reinvestment of institutional capital in Bitcoin, which could lead to the growth of the altcoin market. However, many companies are boosting BTC sales even in the last hours of December 31st, as they need to get the most accurate data on losses and profits for the year. Therefore, it is difficult to say whether reinvestment will take place now or will have to wait. On the other hand, skeptics and realists predict the start of a bull market only in March. The fact is that on December 31, 129,800 Bitcoin options worth about $6 billion expire, which will cause significant damage to the coin rate:

In addition, during a protracted correction, the number of panic selling among "hamsters" significantly increases, especially at the end of the year. However, at the moment we see that in just an hour BTC has grown by $1,500, and its capitalization has increased by $27 billion. How will this Christmas tree gift show itself to traders? More precisely, it will be known next year!

The fleeting spike in BTC value has already had a noticeable impact on the altcoin market as Ethereum managed to break its weekly barrier at $3,800. The coin is currently trading at $3,806, but this contradicts the predictions of many analysts who have come to terms with the fact that crypto-silver is moving towards the $3,500 position. Nevertheless, experts have previously taken into account the likelihood of a trend reversal, since the dynamics of the asset price growth in 2021 showed that in the first quarter of 2022, ETH with a very high probability could reach the $6,000 mark.

At least, we can see it by the location of the descending price channels. The end of the year for Ethereum was definitely bearish, but the volume of cryptocurrency trading continues to grow, which means that the bulls are looking for the optimal point to enter and consolidate efforts.

SOL, LUNA and DOGE on The Crest of a Green Wave

The pre-New Year fever is in full swing and long-lived altcoins show a confident daily growth after a powerful BTC boost. It's no secret that the flagship crypto has a key influence on the alt market, so now the average growth in the value of coins from the TOP-10 list is about 2.5%. After the laudatory remarks of Elon Musk, DOGE joined the holiday hype and grew by 2%, consolidating its position at $0.17. In an interview with Lex Friedman a couple of days ago, the billionaire recalled that the main meme crypto is still the most convenient altcoin for transactions, so its potential is even higher than that of BTC. SOL, contrary to analysts' forecasts, has grown by 2.10% over the past couple of hours and is now trading at $176 per coin. Its immediate support was at $170, but the asset managed to overcome strong resistance at the $175 position and it looks like it started to move towards $200. As for LUNA, it jumped a record 4.49% to $89 per coin even before the BTC reversal. Its annual yield was 13,069.7%, so the coin clearly has potential, especially given its technological appeal. It looks like the coming year is preparing new challenges and pleasant price surprises for the crypto industry. And to stay up-to-date with the latest news and analytics, follow our blog and see you in the fascinating year 2022!