The ambitions of crypto-optimists did not help end the trading week with a “+” sign, since on Friday the prices of most digital coins sank in the range from 3% to 6% per day. BTC, which started trading briskly, is again one step away from crossing the $40,000 mark, and ETH is trying to gain a foothold at the $3,000 level, but the dominance of the bears is conducive to a further fall of the coin. Why couldn't the market sustain the bullish momentum until the end of the week? There are several reasons for this, of course. First of all, this is the struggle of the US Federal Reserve with inflation, the indicators of which have become record-breaking over the past 40 years. The fall in key stock indices due to a cascading selloff in stocks caused by the reduction in Fed assets almost immediately affected the flagships of the crypto market. In addition the authorities of Ukraine, which the occupying troops of the RF are still trying to capture, have introduced a moratorium on the purchase of crypto for hryvnia for citizens. This is a forced measure to combat inflation during the war, but for the citizens of the country, who have already experienced all the benefits of digital money, it has become a significant limitation. But not everything is so sad. Last week, Binance received licenses to operate in two new jurisdictions, and Elon Musk is actively exploring the possibilities of collaborations for the cryptoization of social media giant Twitter. Therefore, now is the time to analyze the market situation and consider investment prospects.

During the week, the bulls managed to break through the powerful resistance at the $41,500 position and even overcome the barrier at $42,000, after which the price of the coin fixed above the $42,500 position, though only for a few hours on Thursday. However, the bulls failed to reach the $43,000 mark. The reversal occurred at $42,950. At the moment, the price has not even managed to gain a foothold on a strong bullish trend line with support at $41,250. Bitcoin is currently trading at $40,450. In fact, the trend has registered a swing with a low at $38,750 and a high at $42,950. At the time of writing, the price is holding above the 61.8% Fibonacci retracement level of the up move in the indicated range. With the $40,750 position serving as a short-term upside ceiling, the next major hurdle will be the 100 hourly simple moving average (SMA) at $40,950. 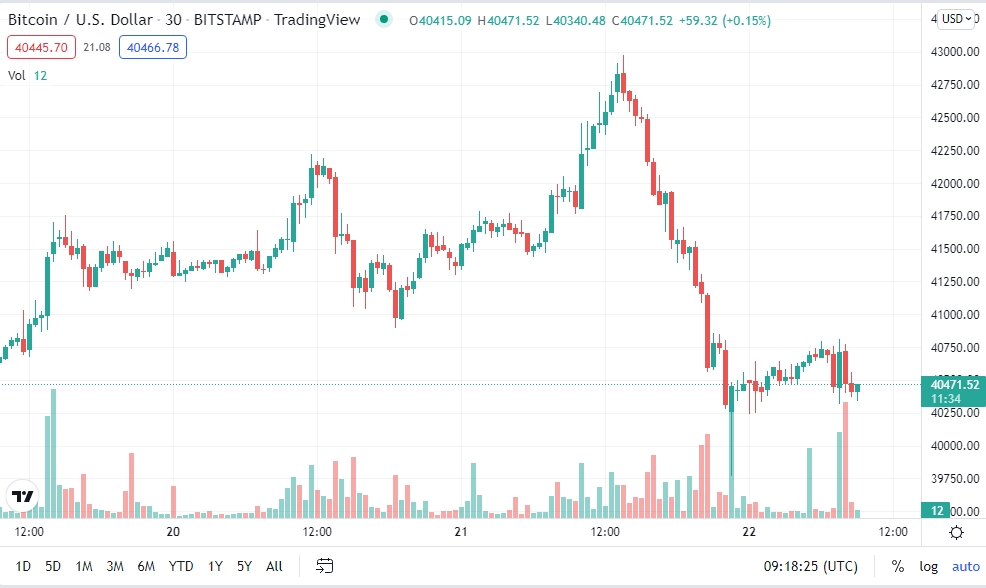 The price of Tron (TRX) tokens clearly stands out from the red market and shows a solid daily increase of 7% after a three-week high of $0.074 hit this morning. Now the coin is trading at $0.068, which is a very good result, considering that the reason for the increase was the news from its founder, Justin Sun, that he plans to launch a decentralized stable token USDD based on TRX. Against the backdrop of the announcement, the 24-hour trading volume of the coin soared by 300% and this pump helped it take 22nd position among cryptocurrencies in terms of daily turnover. The total market capitalization of TRX at its peak was $6.9 billion. However, the coin is still 77% below its all-time-high of $0.3. 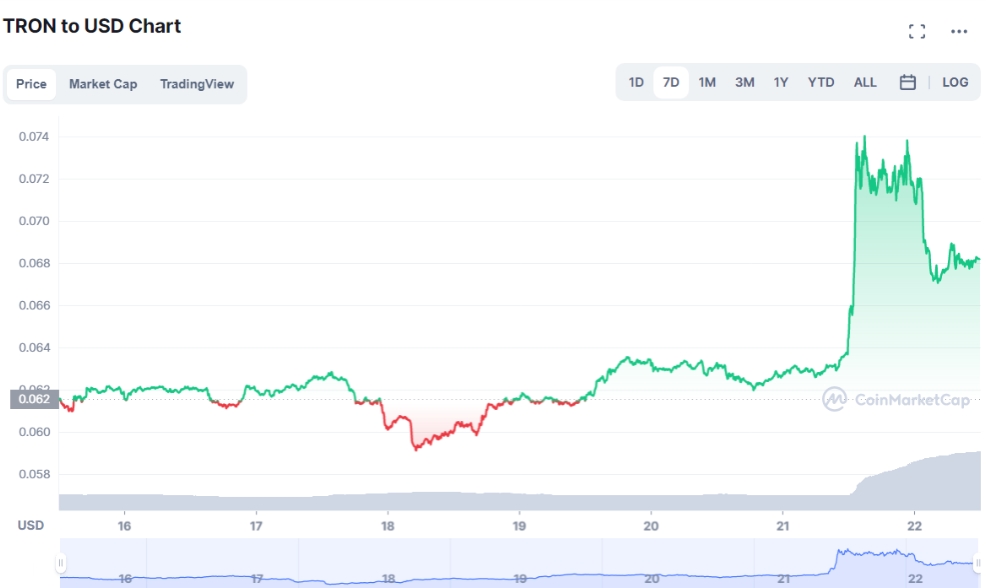 But, apparently, everything is still ahead for TRX, since, against the backdrop of the news, a large-scale movement of 1.69 billion TRX tokens between anonymous whale wallets for a total of $123 million was recorded. However we do not recommend considering this a buy signal.

ETH Will Fall Until at Least Monday

ETH, which started the week strong, had used up its bullish stimulus by Thursday and pulled back to key support at $2,980. The main resistance still remains at $3160, which means that the coin closed the week without significant price changes.

On the chart we can see that the crypto-silver is trading in a range between the key levels set on April 11th. The ongoing consolidation is likely to lead to a significant breakout once the market price balance is lost. But at the moment there is no clear trend. ETH may continue to fluctuate over the weekend as trading volume declines. A significant change in price dynamics can occur only on Monday. In recent weeks, this particular day for the air is the most intense.