BTC Repeats Market of 2018, ETH Strengthens Above $2000 and SOL Hopes for Support Above $50: Results of the Trading Week and Expert Forecasts

Contrary to the hopes and efforts of specialists, Terra coins continued to “dig the bottom”, and this process has already generated serious reputational losses for cryptocurrencies in general. Despite a noticeable daily increase in the prices of Bitcoin and altcoins, a drop in trading volume is recorded on the market. These figures are not catastrophic, but are noticeably lower than just a week ago. Crypto analyst Altcoin Sherpa believes that in the coming months BTC and entire market, will experience a serious downturn similar to that recorded in 2018. After a turbulent 2017, crypto gold went into a protracted pique and reached the bottom of this massive movement only 336 days after the peak. But in this very pessimistic scenario, Sherpa also assumes that before the start of a long-term downtrend, we can fix about 15% increase in the value of crypto-gold. The coin is unlikely to be able to gain a foothold in this short-term impulse, but if it will... However, some altcoins are now clearly more independent than 4 years ago, so those scenarios are a clear chance for new coins to become the favorites of traders and investors. But first things first.

Analysts emphasize the bearish note of the coin’s movement, although they assure that in the short term, the price of Bitcoin is likely to fix above $30,000. Over the past 24 hours, it has broken into this price range after there was a sharp bounce in the $28,000 region. Apparently, there is strong support at this point, which means that the chances of going lower are very low. In the operational summary, we have: the price increase per day amounted to 3.7%, which exactly corresponds to the increase in the capitalization of the coin; trading volume increased by an impressive 6%, but market dominance fell to 44.83%; the ratio of daily volume to capitalization was 0.05965. BTC is currently trading at $30,273. 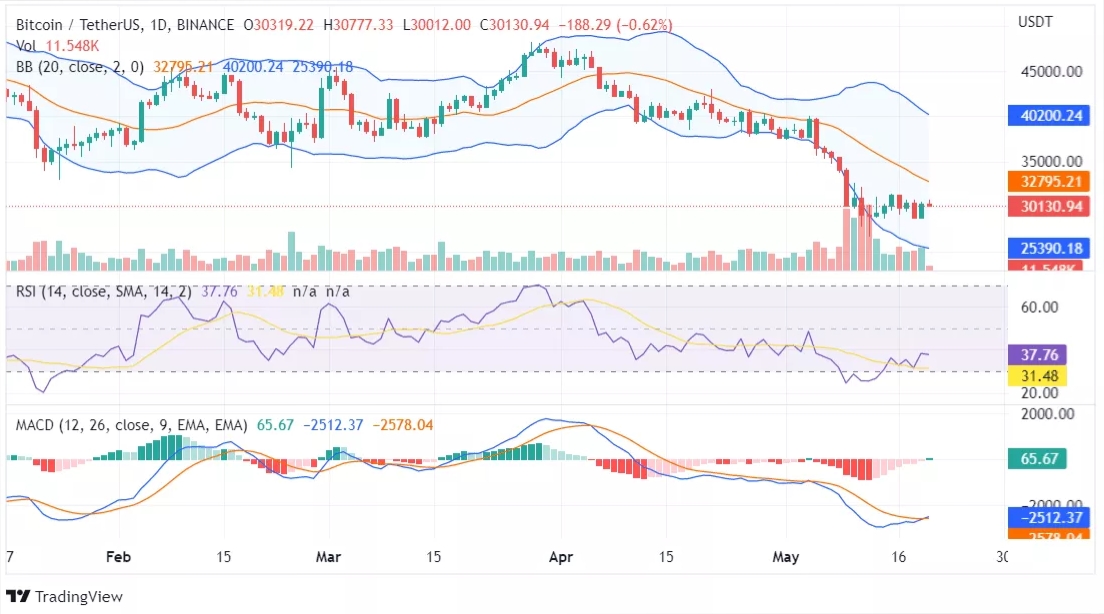 Technical indicators are more moderate and less optimistic. The RSI value remains at 38 for now, which means that buyers are not active enough and are still under the influence of market “fear”. The MACD remains below the signal line but is getting close to it, and this clearly increases the likelihood of a bullish divergence. However, BTC price is at the bottom of the Bollinger Bands and a retest of the middle zone seems possible. This inspires confidence that the asset will remain above $30,000 for now. At least until the next trading week.

So far, market analysts are much more confident in crypto-silver than in the flagship of the market. Today Vitalik Buterin announced the transition of Ethereum to PoS in August this year, so it’s expected that trust in the crypto ecosystem will grow in the coming months. Also, around the $1900 position, Ethereum seems to have formed significant support, so its frequent bounces inspire hope for an early bullish momentum. But even without this, we can declare some consolidation above $2000, since today's daily candle opened at $2019 with a low of $2004 and a high of $2052. 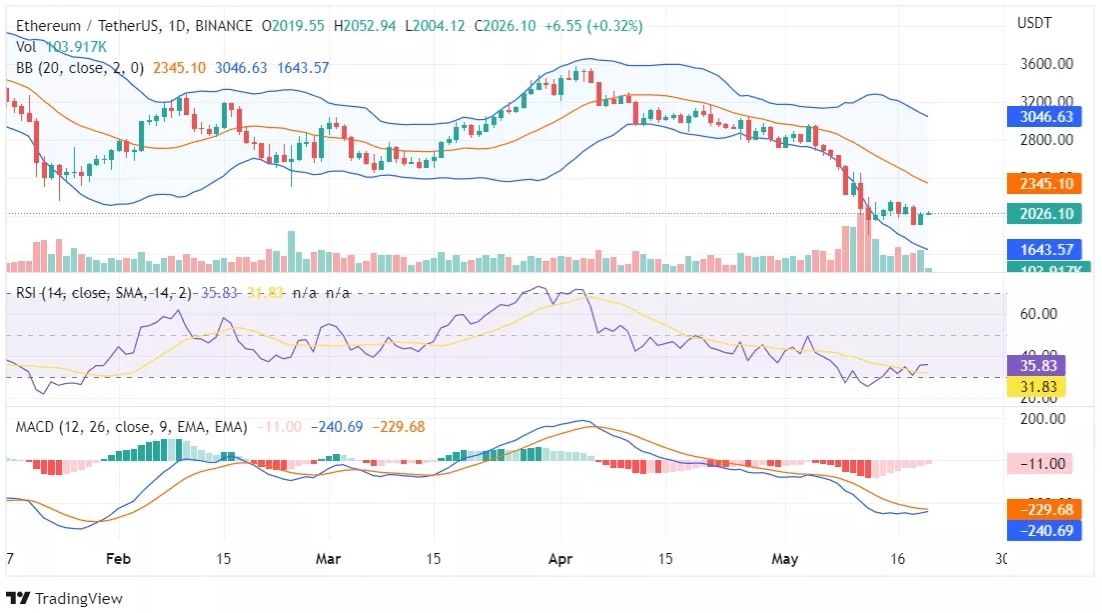 But ETH technical data almost exactly match those of BTC: RSI is at position 36, MACD has almost reached the signal line from below and hints at the upcoming bullish movement, and the price chart is below the Bollinger bands, although the bulls are clearly looking to retest the middle band. However, at the moment, crypto-silver will only be able to show growth in the short term.

Analysts have repeatedly pointed out the importance of support at $50, because if it cannot be held, the token may collapse to $40 in the short term. At the same time, the main resistance on the SOL chart is outside the $55 mark and remains simply unattainable for now. Now the coin is trading at $52.4 and, apparently, is forming a new support, which should subsequently become a reference point for moving above $55. However, demand is not yet particularly conducive to its formation, since the RSI shows a value below 35, and this is clearly not enough for a confident consolidation. 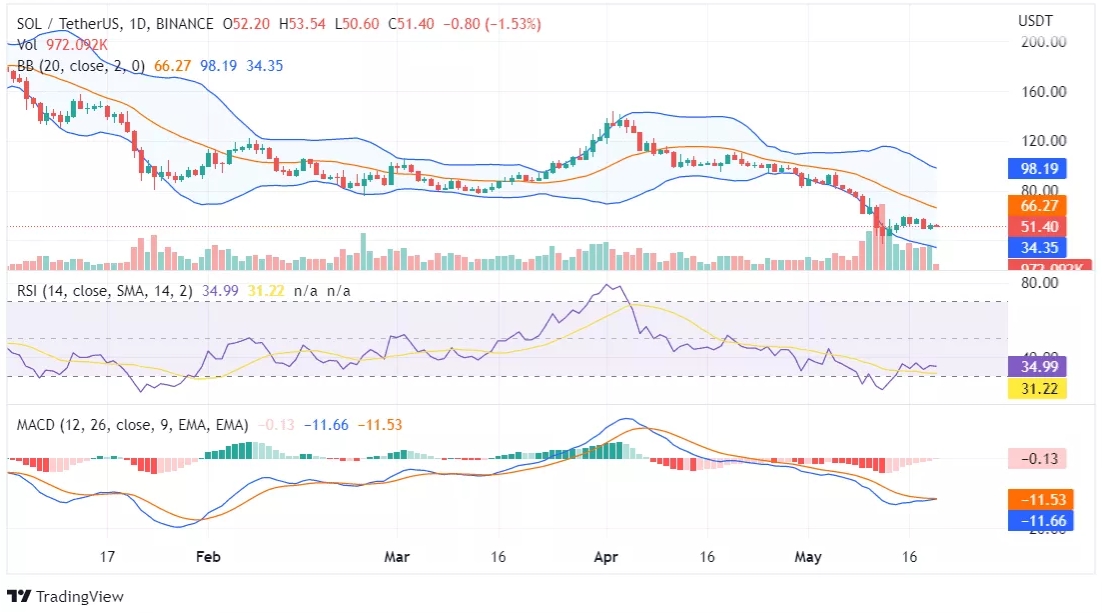 The technical parameters point to sluggishness in the movement of the coin, emphasizing the fears of buyers. Major players are apparently also not ready for large-scale movements yet, so the bulls save their strength and wait for “better times.”