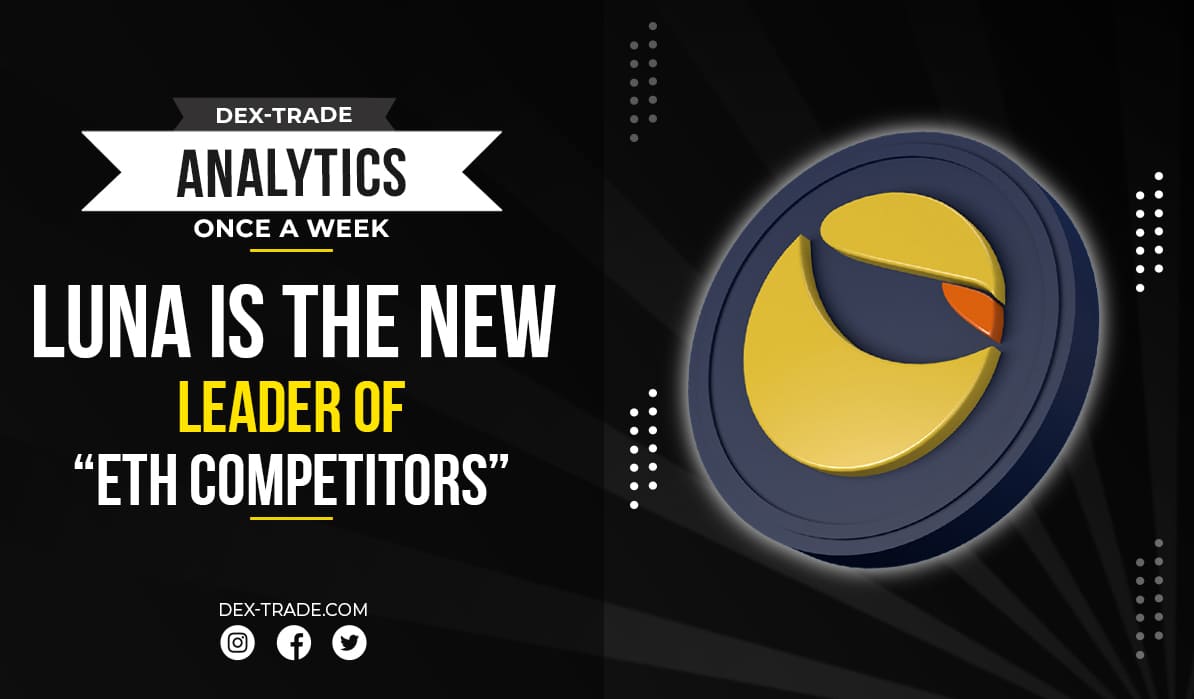 “The First Cryptocurrency War”, BTC in Uncertainty and Triumph of LUNA: Results of The Crypto-Week and Expert Forecasts

For the third week, Russian occupying troops have been delivering powerful strikes on the territory of neighboring Ukraine. During this time, the entire civilized world has rallied around the tragedy of the Ukrainian people, and the country has managed to collect more than $100 million in crypto donations, which are instantly spent on purchases for the Ukrainian army, humanitarian aid, and the restoration of cities after shelling. During this troubled time, the young cryptocurrency market began to become even more dependent on geopolitical and economic trends. Over the past trading week, Bitcoin managed to overcome the psychological barrier of $40,000, reach $42,000 and fall again to $38,400. Moreover, the key boost and decline occurred in just 24 hours, which confused many traders. The tightening of sanctions by the world community against the Russian Federation for a senseless bloody war in Ukraine has led to a sharp increase in energy prices around the world. The capitalization of the crypto market is jumping along with the main assets, so forecasts of their value are now being made as carefully as possible. Today we will also not delve into the fundamental analysis of the crypto, but instead we will try to understand the mood in the market and draw at least intermediate conclusions.

Bitcoin has fallen by more than 3% over the past day and is now trading at $38,567. The flagship continues to suffer losses, hovering in the range between $39,000 — $40,500 for almost a day. At the same time, the resistance that prevented the bulls from breaking the $39,000 mark 18 hours ago seems to have become support. Market analysts believe that if crypto-gold fails to confidently overcome the resistance at $39,550 and gain a foothold above it for at least 12 hours, we’ll see a downtrend and a drop in the asset to intermediate support at $38,400. At the same time, the main support will be at positions of $37,140. And if the bear market continues, the price of BTC could fall to $36,000 or even below the $35,000 level. But this scenario is still considered frankly pessimistic.

However, according to Joe DiPasquale, CEO of hedge fund company Bitbull, Bitcoin is still on its way to $100,000 per coin. He believes that this price will be reached in 2023, and at the current time, the digital currency will recover and gain credibility among investors. By the way, DiPasquale believes that putin's war in Ukraine will play one of the key roles in the growth of BTC. In his opinion, with the help of the crypto, humanitarian processes will be invested, due to which its authority will grow. It will also be a powerful boost to the adoption of digital assets around the world. Well, we hope.

LUNA Is The New Leader of "ETH Competitors"

According to the analytical service Staking Rewards, Terra (LUNA) broke into the first position in terms of capitalization after Ethereum, BNB and key stablecoins, displacing even XRP, ADA and Solana (SOL), which held this position since November 2021. Currently, a total of $36.3 billion has been invested in LUNA, followed by XRP with a capitalization of $35.5 billion, ADA with $27.1 billion and Solana, which has accumulated $26.7 billion. Ethereum is still the market leader unstable altcoins — its capitalization is $314 billion. Backed by the same Staking Rewards, LUNA is currently also the leader in owner rewards among the top four altcoins, with a current rate of 6.9%. It’s quite possible that this fact is the key to the investment attractiveness of the coin, which is also supported by its fairly long life on the market and technological benefits. On top of that, LUNA has a very attractive price, especially after rising by 115% in the last 15 days. By the way, this can be considered a chip of the coin, since the leaders from the list of altcoins are usually very dependent on the behavior of BTC, but this scenario does not seem to work with LUNA.

At the moment, the native Terra coin costs $93.83. The trend of the coin is predominantly upward, and over the week it has risen in price by about 8%. And with this optimistic news, we leave further considerations to our readers. Peaceful skies to all Ukrainians and a “green” start of the next trading week.