BTC Is Fighting for $20,000 Again, While ETH and ADA Are Afraid to Budge: Results of the Trading Week and Expert Forecasts

Summer of 2022 will forever remain in the memory of the crypto community as a protracted winter, the consequences of which are still difficult to predict. For four months, the digital asset market continues to stagnate even though ETH and ADA are expecting perhaps the most significant upgrades in their history in the coming weeks. Why is this happening? First of all, it’s worth noting that due to constant macroeconomic upheavals, the funding rates for cryptocurrency derivatives, such as perpetual futures for BTC and ETH, have continued to be negative since May. And the intention of the US Federal Reserve to continue to raise interest rates to fight inflation in tandem with the tightening of the SEC's regulatory policy, only adds fuel to the fire. In the bottom line, we get the total caution of investors, which increases the stagnation of the market and reduces the dynamics of price movements of key assets. Not surprisingly, the most profitable trading time on the crypto market in recent months has been not American, but European sessions, despite the fact that the number of active traders in Europe is many times less than in the United States. But how exactly does this affect the value of key coins? So, let be first things first.

BTC Treads Near $20,000 Due to Falling Exchange Balances

Over the past four days, Bitcoin has been trading in a range of $20,500 to $19,500 with no surprises or trend reversals. On the positive side, the current price dynamics can be considered a compromise, given the rapid rise in inflation in Europe and the growing pressure on investors. However, according to Glassnode, “Bitcoin is barely holding on,” and the performance of the cryptocurrency’s user base remains critically low as investors are still stuck in a losing streak, taking in around $220 million in net losses per day. This is also evidenced by the SOPR indicator, which calculates the realized profit for all transferred coins in the system.

For now, the adjusted SOPR remains below 1 after retesting and turning south last week. By the way, in July, the indicator stayed in the range from 0.60 to 0.65 for several weeks in a row, and hodlers recorded losses from -35% to -40% of deposits. Compared to peak losses of up to -50% in 2018, the current situation suggests that long-term holders are willing to keep their coins in the hope that SOPR will rise above 1.0. Well, while the cryptocurrency market is in a deep bearish phase, Bitcoin is trading at $20,111, and the asset’s daily growth is 1.16%.

After a disastrous Monday, ETH probed the $1,600 level several times, but constantly pulled back to support in the $1,500 area. On Thursday, there was another move above the $1,550 and $1,560 resistance levels, as a result of which the price rose above the 50% Fibonacci retracement level of a local decline from a swing high of $1,620 to a low of $1,513. The coin is currently trading above $1,580 and the 100 hourly simple moving average. An important up channel is also forming on the hourly ETH/USD chart with support near $1,535. Immediate upside resistance is found around $1,610 and the next major resistance is now forming near $1,620. 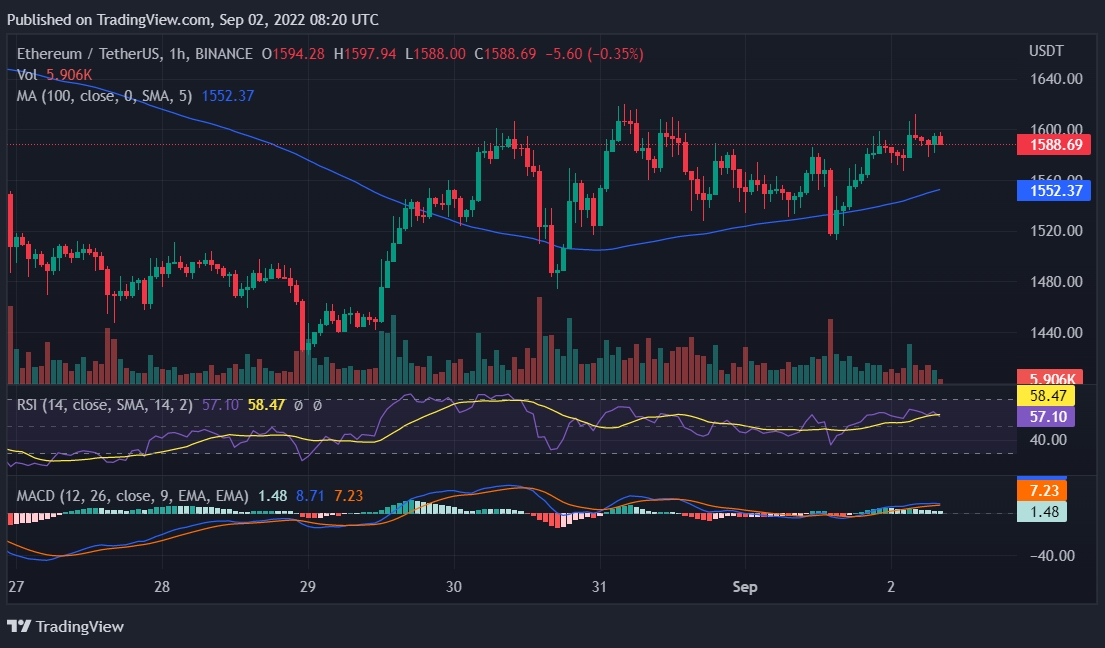 ADA Will Have to Fall to Continue Rising

According to reputable crypto analyst Altcoin Sherpa, ADA has clearly not yet reached its local bottom in the current price cycle. Now the price dynamics of the coin is extremely sluggish, but this does not exclude the formation of reliable supports and an increase in its capitalization, since a “huge” number of transactions is now recorded on the network. Thus, Altcoin Sherpa concludes that ADA will fall to a medium-term bottom to $0.30, after which a new phase of growth should begin. 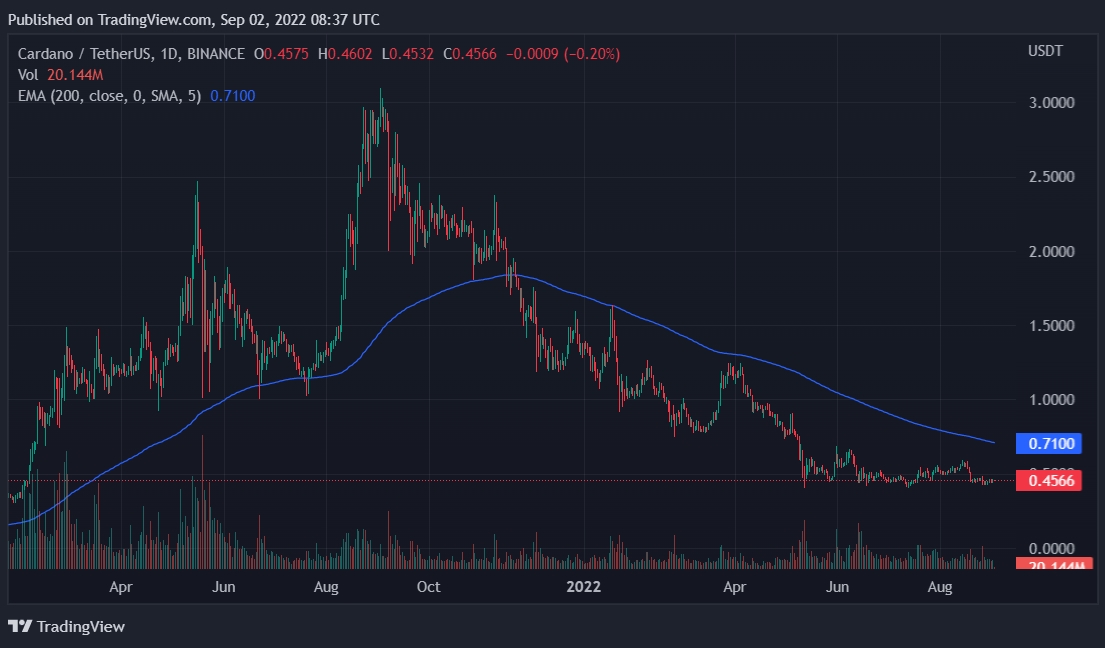 This version is partially confirmed at the fundamental level. Ahead of the launch of the Vasil update, Cardano has been listed on retail investment platform Robinhood. However, this did not affect the value of the coin in any way. On Thursday, ADA reached $0.462, showing a significant move from a low of $0.424 just the day before. But from a technical point of view, the asset has been drawing a descending triangle on the chart since May 7, so it is more likely to expect a further fall than vice versa.