Smart contracts: how they work and where they are applied

Smart contracts: how they work and where they are applied 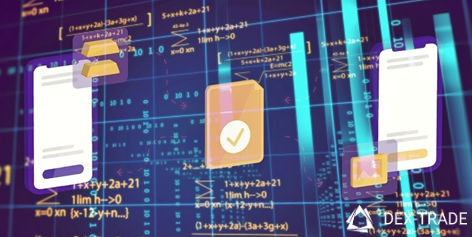 The agreement is the most important document that includes the terms of cooperation between the parties to the transaction.  However, these conditions can be interpreted in different ways, which often leads to conflicts, litigation and high costs of attracting lawyers.

One of the most successful solutions to problems related to the interpretation of contracts and monitoring of their implementation has become smart contracts, which made it possible to automate cooperation between the parties to transactions.

Today we will talk about smart contracts, their capabilities and how distributed ledger technology is capable of making qualitative changes in many areas of human life.

A brief history of smart contracts

The idea of ​​creating a smart contract belongs to the cryptographer Nick Szabo, who proposed a smart contract as a self-executing software algorithm back in the mid-1990s.  The essence of the proposal was to develop a unified register book, which was supposed to regulate automatically the terms of interaction of its users.

This idea was realized only 20 years later with the launch of the Ethereum cryptocurrency blockchain.  The cryptocurrency code chain has included support for small custom programs in which you can write the conditions for interaction between network addresses in the “if ... - then ...” program format.

This solution made it possible to expand the boundaries of blockchain technology application and optimize payments under contracts between counterparties.

What is a smart contract in the blockchain

In the modern interpretation, smart contracts are computer programs whose code consists of two key elements:

• public addresses of the parties to the agreement;

• the contract itself, including the subject and terms of cooperation.

Electronic contracts are located in the blockchain of a certain cryptocurrency, and allow the transfer of funds from one address to another if the prescribed conditions are met.

It works as follows.

Let's say company A and company B sign a smart contract on the Ethereum blockchain with electronic signatures.  The subject of the contract is the payment of 1000 ETH coins to company B. The terms of the contract stipulate that payment will take place automatically if recipient B provides company A with a certain range of services.  As soon as the contract receives information about the fulfillment of the condition, the cryptocurrency is transferred to the account of company B.

The developed technology of smart contracts made it possible to take a big step forward in organizing cooperation between commercial companies.  On the one hand, thanks to it, the confidentiality of the interaction of the parties was increased.  This applies to both the use of complex cryptographic encryption systems and the exclusion of third parties from contracts.

On the other hand, the development of smart contracts implies publicity and transparency of operations, since transactions on the blockchain pass between addresses open to all network users.

The following main features of smart contracts are also highlighted.

There is no single center for accounting and control of operations in distributed ledger systems.  This allows everyone to transfer digital money and necessary information on equal terms.  Thanks to this, smart contracts on the blockchain cannot be blocked, deleted or canceled by third parties.

This criterion is achieved through the use of a rigorous computer algorithm.  If the terms of the contract are not met by one of the parties, the contract itself is not fulfilled.  The same result will be obtained if the conditions themselves are written incorrectly and ambiguously.  On the one hand, this may complicate the formulation of the parameters of the contract, but on the other hand, it guarantees its practicality and efficiency.

Before the publication of digital contracts, the parties can prescribe literally any correct terms of cooperation.  This makes contracts the optimal solution for applications with paid accounts, payment systems for services and goods that can be purchased on the Internet.

Where smart contracts are used

The scope of application of smart contracts is quite extensive.  In addition to the cooperation of financial institutions, they are already used today in such industries as:

• insurance.  Smart contracts allow you to automate payments for insurance policies, which is achieved through unambiguous and clear wording terms of contracts.  These services are already offered by PAL Network, Etherisc, Teambrella, as well as some other ambassadors of blockchain technology in the insurance business;

• polls and voting.  Classic voting and polling systems often fail, but well-written conditions of a smart contract make them more accurate and public.  A voice is the same unit of information that is already used today in blockchain voting, both based on opinion polls and in the political sphere;

• trade and logistics.  Here, the use of electronic contracts helps to monitor the accounting of goods turnover, the performance of services and reporting on the delivery of goods.

In addition, smart contracts on the Etherium network have already literally transformed the gaming industry, where the automation of user purchases has significantly accelerated the process of interaction between developers and gamers.

The technology of smart contracts has long left the framework of narrow-profile financial relations, making it possible to automate quickly and efficiently cooperation processes in literally all areas.  It is really difficult to overestimate the prospects of its use.  The time is not far off when we will be able to pay for the services of video hosting services, medical institutions and the delivery of products without resorting to the services of banks and payment systems.