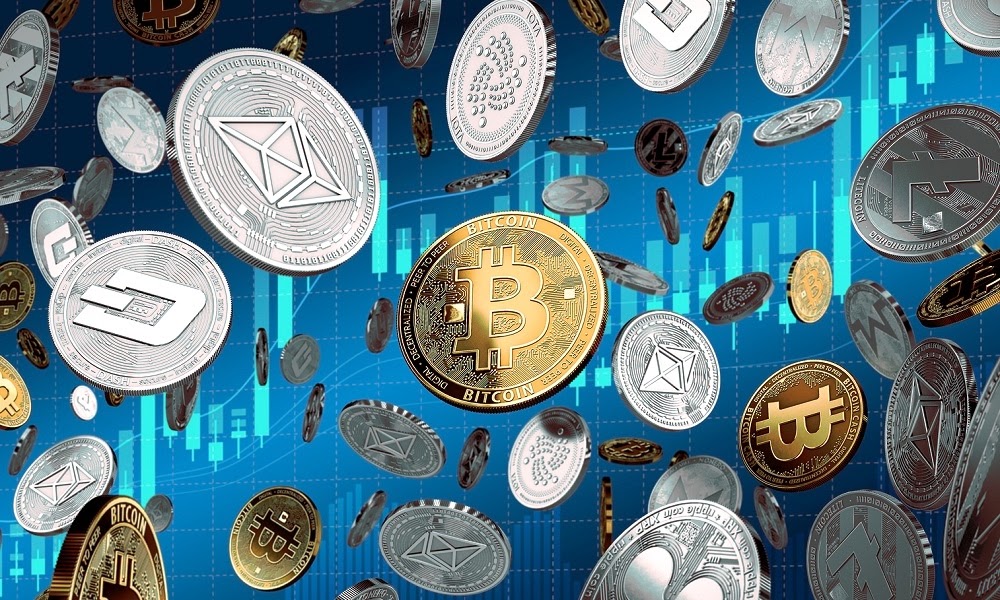 For more than a decade, we have been hearing about cryptocurrency literally from everywhere: people make money on it, give it out, exchange it and even accept it as payment for quite real goods and services. But what is “crypto”, how it differs from fiat and why is it needed at all - not even all novice crypto traders know.

This article will help you to figure out what digital coins are and how one of the largest financial ecosystems of our time works without triggers. But it is important to remember that understanding of the basic principles of working with cryptocurrency has not made anyone the “The Wolf of Wall Street”. After the first acquaintance with the topic, you should acquire perseverance.

Many enthusiasts, trying to understand what cryptocurrency is and how to make money on it, initially focus on the second part of the question. However, picking the cherry on the cake without understanding its architecture will not work here. Therefore, this material will cover the following topics:

Where is cryptocurrency used and why is it needed

Where to get cryptocurrency

How and where to store cryptocurrency

What can you buy with cryptocurrency

Which cryptocurrency will grow in 2021?

How to accept cryptocurrency as payment on the site

Digital money is one of the most promising assets and given their giant capitalization, we can confidently say that large investors are very interested in the development of the digital money market. 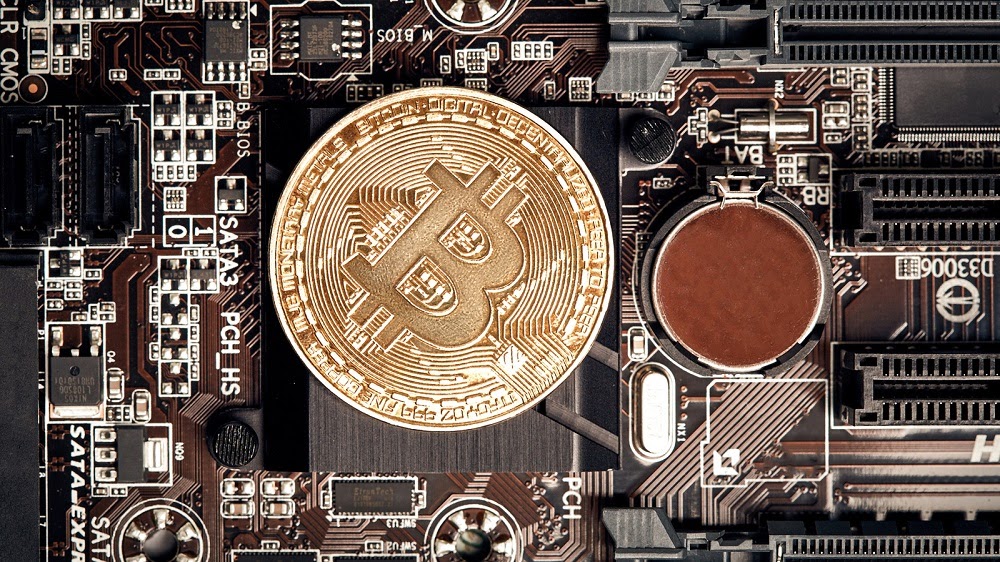 The modern electronic currency appeared in the form of a peer-to-peer payment network with the Bitcoin coin at the end of 2008. According to the specification, the main features of this system are:

The creator of the first decentralized cryptocurrency BTC is Satoshi Nakamoto, whose identity has not been disclosed to this day. He (she or they) has developed a monetary system for paying for goods and services without the cost, which is well known to the owners of classic bank accounts.

However, more than five years have passed since the time when Bitcoin appeared, and until its triumph as the most promising "young" asset. The point is that the actual value of an electronic coin is almost entirely based on investor confidence in it.

Thus, the first popular cryptocurrency at the beginning of its journey had practically no value. The BTC network was measured by no more than a few dozen nodes, and transactions were rare and irregular.

However, the very structure of the currency was initially adapted for the general user accustomed to fiat money. The BTC currency is divided into satoshi, which simplifies the circulation of digital funds among users. What is Satoshi in Bitcoin? This is an analogue of a cent in a dollar, with the difference that 1 satoshi is a one-hundred-millionth fragment of a monetary unit.

A decade later, after the launch of the Bitcoin blockchain, it began to be actively used not only in exchange trading, but also as payment in online stores. 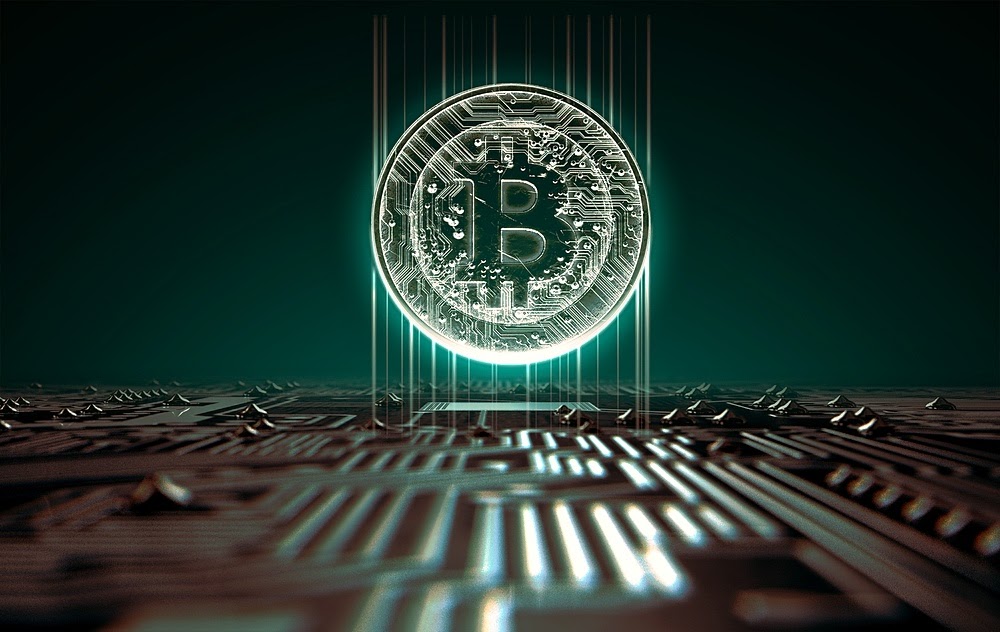 But what about account confidentiality? To understand how Bitcoin works, it should be clarified that digital account holders have both a public wallet address and a private key. When carrying out a transaction, the sender confirms with his secret key the request to transfer a certain amount of BTC from his public address to the recipient's address. The application goes to network users, who automatically validate it, record information about the transaction and confirm the transfer.

But if there are no coins as such, then what determines the rate of cryptocurrencies on the market?

As already mentioned, the key regulator of the value of a crypt is credibility. However, the credibility of the digital currency is influenced by:

That is, the exchange rate of an individual coin may undergo serious changes, being influenced by the interests of third parties. However, the main cryptocurrencies have long and successfully contained synthetic undervaluation of their rates. The most authoritative coins today include:

These cryptocurrencies have high capitalization and institutional investor patronage, maintaining the credibility of money as an asset.

Where is cryptocurrency used and why is it needed 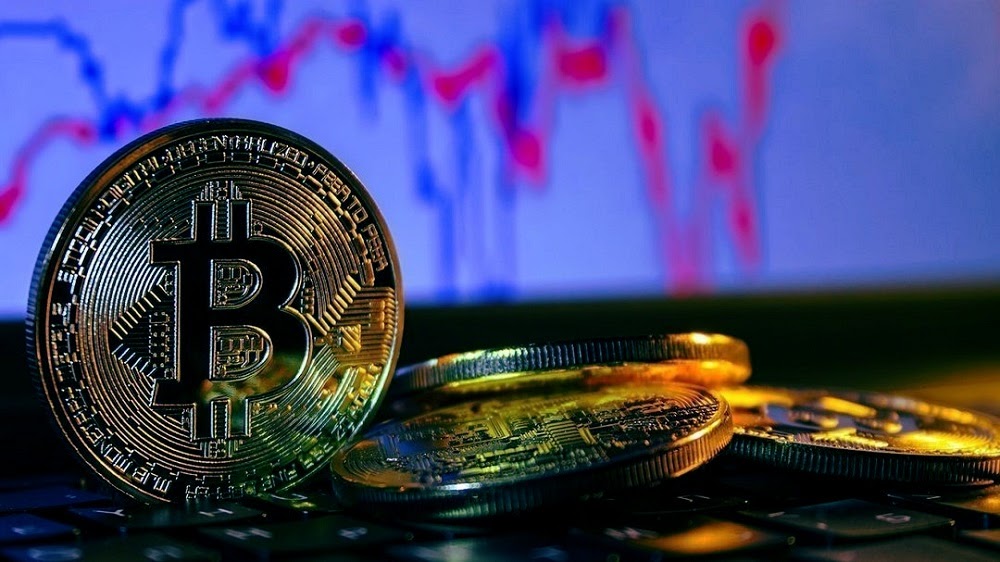 Different types of cryptocurrencies exist not only because different development teams want to get rich on their release. As a rule, coins are used for different purposes. The following types of digital money are distinguished:

• Bitcoin. It is used to pay for services and crypto trading;

• altcoins. In fact, these are all coins except BTC, which are used to sign smart contracts, exchange speculations and sometimes to pay for goods;

• tokens. These are not digital coins in the usual sense, but units of value that are created on the basis of an existing blockchain and are used in separate financial ecosystems.

All cryptocurrencies are based on a chain of code called "blockchain". In simple terms, a blockchain is a continuous sequence of operations in the crypto network that is updated with each new transaction and forms the history of the coin.

It should be clarified that blockchain technology is used not only for servicing digital money, but it was the cryptocurrency that paid special attention to it. Thanks to digital money, the blockchain in the economy has made it possible to significantly reduce the costs of creating complex supply chains and make economic indicators more transparent and accurate.

In addition, Bitcoin banks, financial institutions that open digital accounts, have become a significant change in the digital economy. Similar initiatives are already being applied in the Dutch bank ABN AMRO, and the Austrian Bitcoin-Bank became one of the first services to provide services for storing and exchanging digital money.

Where to get cryptocurrency

The modern cryptocurrency market offers several ways to get digital money. They should be chosen depending on how the electronic asset is supposed to be used.

To understand what cryptocurrency mining (mining) is, you need to remember how transactions take place in the blockchain. The nodes take over the validation of translations in the network, thus forming new blocks of "history". These blocks are the "coins" of the crypt itself. How to get bitcoin using a computer? This requires a powerful processor (video card processors are often used) and a lot of time to process operations in the blockchain.

For those who are interested in how to get bitcoin at home, there are many recommendations on the Internet. However, the significantly increased load on the BTC network made it almost impossible to mine this coin at home.

Whole cryptocurrency farms are being built for industrial mining. As a rule, farms include from several tens to several thousand continuously working video cards. And for the work on validating translations, the owners of these digital plantations are rewarded in the form of a certain percentage of the confirmed transactions.

You can also become the owner of a crypt using online exchangers and cryptocurrency exchanges. If in the exchanger you can quickly, but with a commission, change several tens of dollars for the desired coin, then with the exchanges it is not so simple. There you need to register and send an application to purchase a coin at a favorable rate. You can also perform reverse operations on the exchange, but this is a topic for a separate material.

How and where to store cryptocurrency 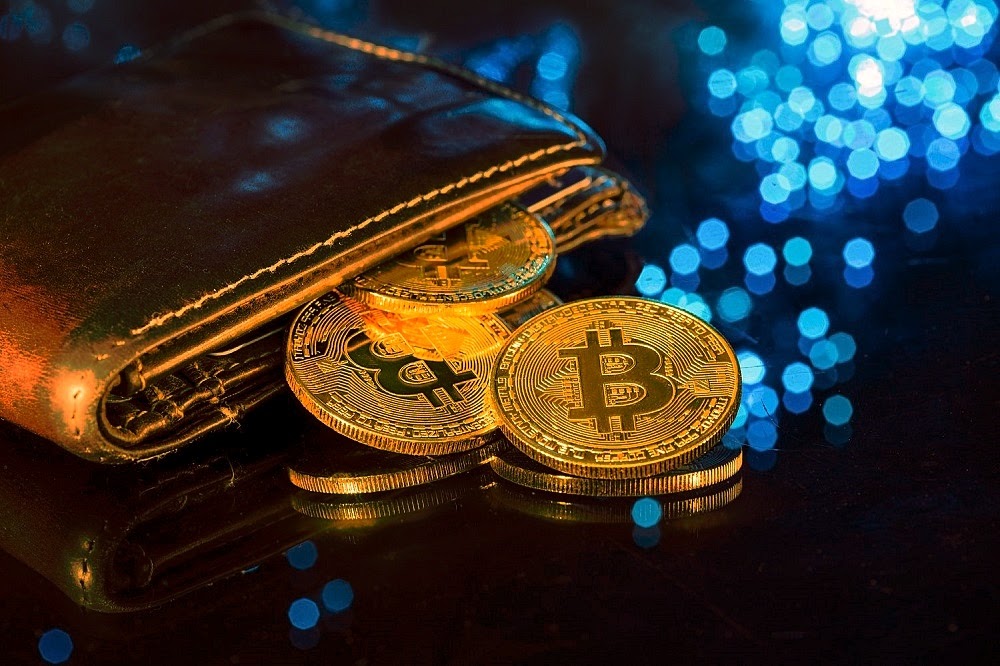 To store digital currencies, a crypto wallet is used, which in all respects is more reliable and more practical than any other storages. There are the following main types of digital wallets:

• hot wallet, which is continuously online and is activated by passing the identification procedure;

• cold wallet, which is a digital analogue of a safe.

Using a hot wallet is faster and more convenient, but there is always a low, but real danger of being hacked remotely.

In turn, the offline blockchain wallet is confidential and can only be physically lost.

A prime example of cold crypto storage is the Ledger Nano wallet, which maintains the anonymity of transactions by generating unique addresses for each new digital money transaction.

For traders, the question of how to open a wallet on a cryptocurrency exchange is often relevant. Most trading platforms provide free wallets to their clients upon registration. They can be created in just a few clicks, but it is not recommended to store assets in them after the completion of exchange transactions.

What can you buy with cryptocurrency 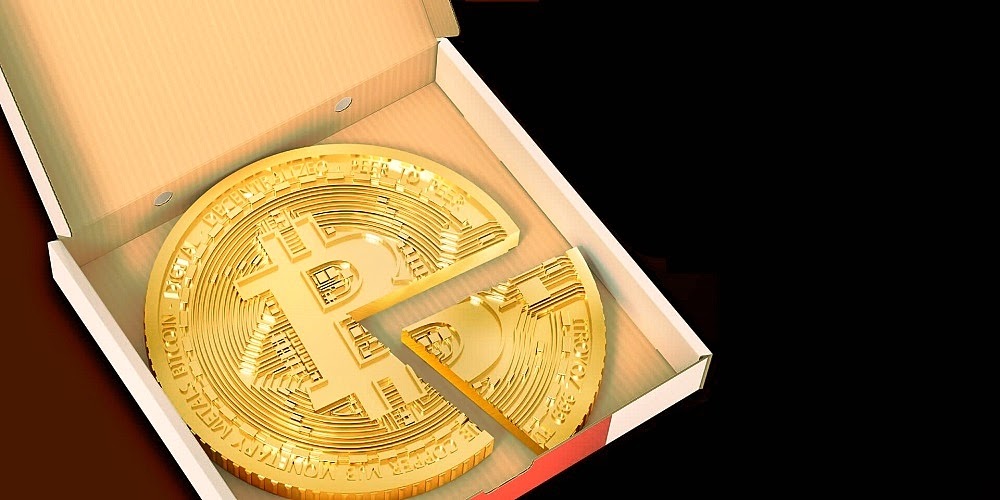 With the help of Bitcoin, you can already buy literally everything today, from the headphones of your favorite brand to an island in the Atlantic. Most of the services that offer such opportunities explain in detail to their customers how to pay with Bitcoin for certain goods. This does not require exchanging digital currency for fiat. It is enough to transfer the crypt from your wallet to the store address.

By the way, the first purchase paid with cryptocurrency was an order for two pizzas with delivery, which on May 22, 2010 cost the crypto evangelist Laszlo Heinz 10,000 BTC. Then this amount was slightly above $ 50. In September 2020, 10,000 BTC is equivalent to approximately $ 108,000,000. In honor of this event, since 2011, the crypto community has been celebrating Bitcoin Pizza Day, which symbolizes the promise of digital currency around the world.

It is important to understand that the more often Bitcoin is paid, the more reliable and universal the electronic currency system itself becomes. This is a great incentive to develop a crypto culture and create more and more opportunities for its owners.

Which cryptocurrency will grow in 2021? 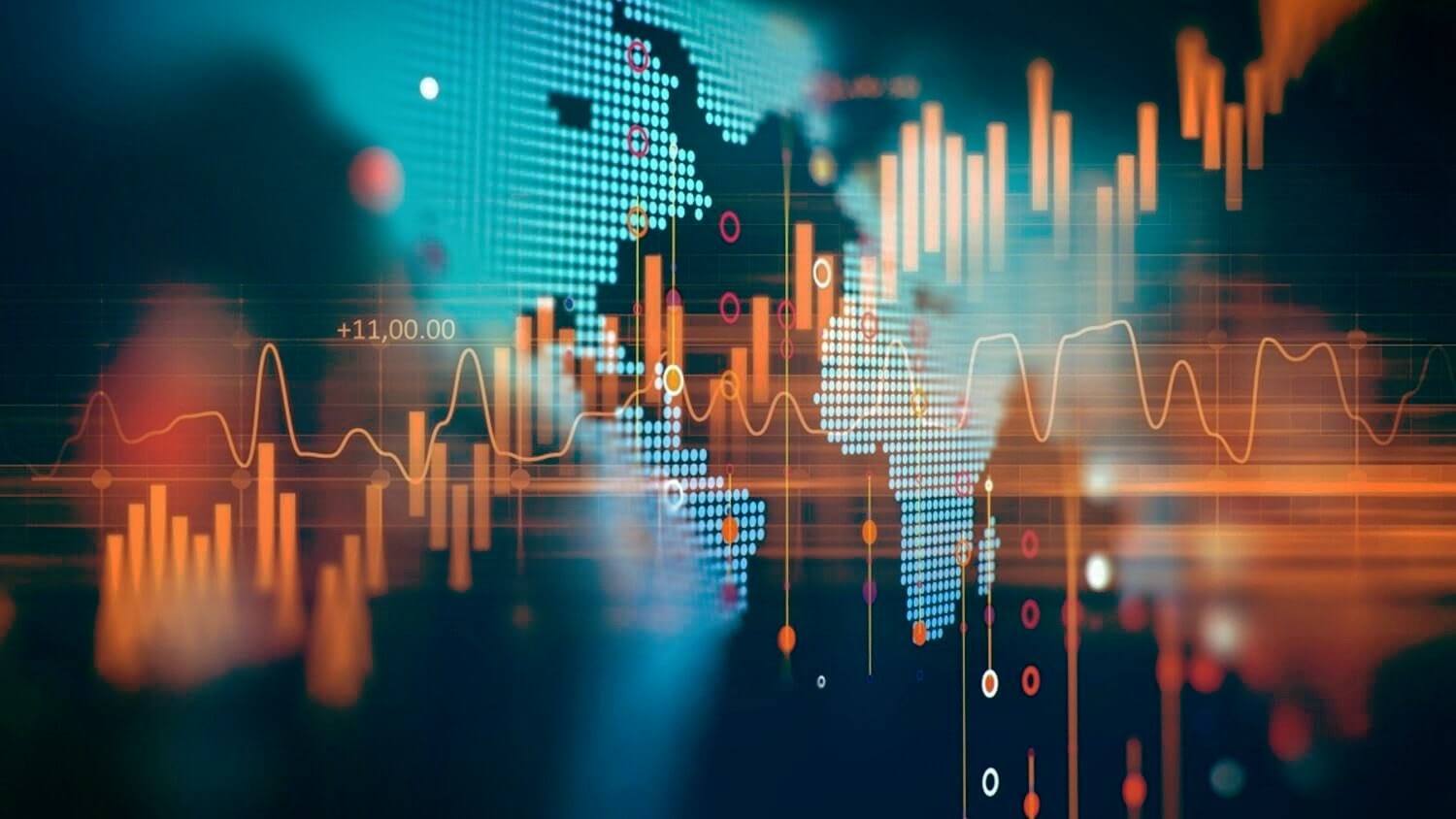 Speaking about what will happen to the cryptocurrency in 2020 and 2021, it is important to note that the third halving of Bitcoin took place on May 11, 2020, which halved the cost of the reward to miners for a new mined block. This is a regular event that most often leads to a decrease in market capitalization as a whole, which is reflected in the price of all coins.

The consequences of the third halving turned out to be quite tolerable, and the main digital currency continues to be the leader in terms of capitalization and value. For the 2020-2021 season, analysts predict the growth of BTC in the range from $ 11,000 to $ 20,000.

The growth of the ETH rate is also positively assessed by experts. Some analysts believe that it is quite possible that Ethereum could cost $ 400 - $ 500 per coin in the spring of 2021.

The current rates of cryptocurrencies from the top five as of 09/16/2020. are quite consistent with the earlier optimistic forecasts of experts:

The data was taken from the source coinmarketcap.com and indicates that the cryptocurrency market is steadily and confidently developing in line with the optimistic forecasts of analysts.

How to accept cryptocurrency as payment on the site

Acceptance of payment with cryptocurrency for online stores can significantly reduce commission costs, as well as optimize the process of commodity-money exchange. For this, there are debugged working payment gateways that ensure high speed and accuracy of transactions in the system.

How to implement Bitcoin payment on your marketplace? We will be happy to help you optimize the electronic payment service by customizing it in accordance with the wishes and preferences of the client!