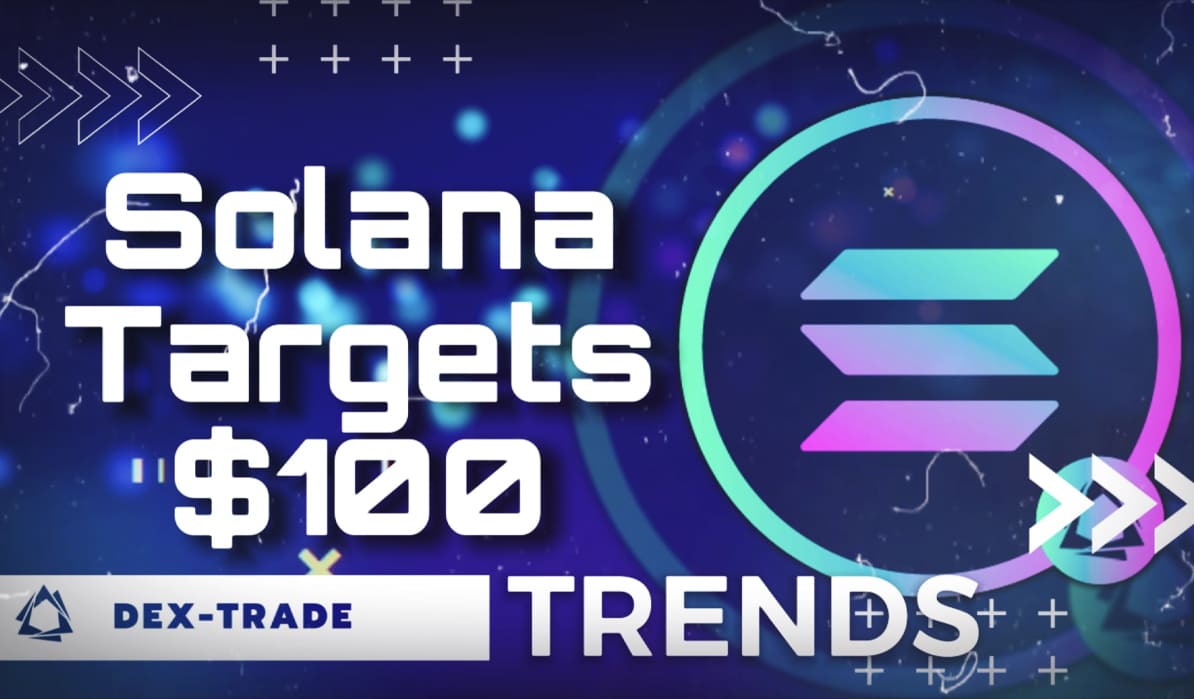 Bitcoin is losing ground, Bytedance and Facebook are entering the NFT market, and Solana is chasing the "hundred": results of the trading week and forecasts of crypto experts

The week of "high hopes" in the crypto market did not go quite as expected by most cryptanalysts. Having successfully overcome the level of $50,000 BTC could not hold the position and first fell to $46,500, but then returned the position to $48,000. Against the background of uncertainty surrounding the "push of BTC to $100,000 by the end of the year", the NFT industry is showing much more predictable stability and is gaining more and more authoritative representatives. In particular, such media giants as Facebook and Bytedance announced their plans to launch NFT projects this week. Both companies want not only to join trading, but to open full-fledged payment terminals on their platforms for trading non-fungible tokens. And if for FB these plans depend only on the timing of the pilot release of Diem, then in the case of Bytedance, such events may entail a large-scale market resonance in China, whose government seems to be going to monopolize the digital asset market in the country. As for the market as a whole, the reversal of the BTC trend did not cause a serious outflow of capitalization, which continues to remain above $2 billion. The top ten leaders in terms of volume have traditionally included Binance Coin and Solana. The latter has outpaced the trend of the past few weeks — the Polkadot coin, and is aiming at price leadership among altcoins.

Solana Targets $100: Will There Be a Breakthrough This Week

During the week, the SOL/USD pair traded in a daily range of $67 to $101. This means that the asset is excessively volatile at the moment. Solana's 24-hour trading volume rose 34.40% to $3.28 billion by the end of last week, before returning to the standard $2.25 billion. The coin has a total market capitalization of $28.22 billion after a 33.56% rise during the trading week, which secured SOL to a stable 8th position on Coinmarketcap.

On the 4-hour section of the chart, you can see that the bulls are trying to return the $100 position for SOL/USD. To do this, you need to create momentum and overcome the resistance located just above $98. Experts say the bulls are persistent enough to set a new high on the 24-hour chart. The outlook for SOL is mostly bullish as there was a strong rally on Saturday and the market price is currently trading around $98, which is a really good result.

BTC did not stay at $50,000: what will happen next with cryptogold

Literally 4 days ago, Bitcoin fell to a weekly low of $46,300 (on Bitstamp). But the bulls reacted quickly to the correction and managed to reverse the downtrend. The cryptocurrency recovered quite quickly and returned several key levels, including a short-term spurt to $49,000. On Sunday, BTC continued to rise and exceeded $49,600, but by the beginning of the new week it corrected at around $47,900.This happened because bears came into play. In fact, they regained full control of the cryptocurrency and pushed it to a daily low of $47,000 at the end of Sunday.After losing nearly $2,000 in a matter of hours, BTC bounced back and returned several hundred dollars. However, it is still below $49,000, which is a guideline for bulls.

Due to the growth of BTC during the month, all of its intermediate peaks have become less parabolic. A curved top and a curved bottom have formed on the chart over the past 35 days. The formation is expected to close during the current week, after which the experts predict a breakout of the bullish rate.

Ethereum began to sink: what traders should prepare for

Ethereum fell 0.9% from Saturday to Sunday to trade at $3208.36. The experts were confused by the fact that one of the main supports is higher — at the position of $3235.61. A fall from this price level would push prices towards their lower available limit of $ 3,083.

Buying strength over the weekend also fell, as the Relative Strength Index (RSI) was even slightly below the 50 mark. The green MACD bands on the histogram have also retreated in recent trading sessions.  Finally, the Awesome Oscillator noted "warming" bands, indicating a weakening of the recent recovery. If ETH turns in the direction of growth, the first strong resistance will be at $3235.61 and $3350.87. However, for now, the Ether market remains red, and analysts are ready for the asset to fall below $3000.