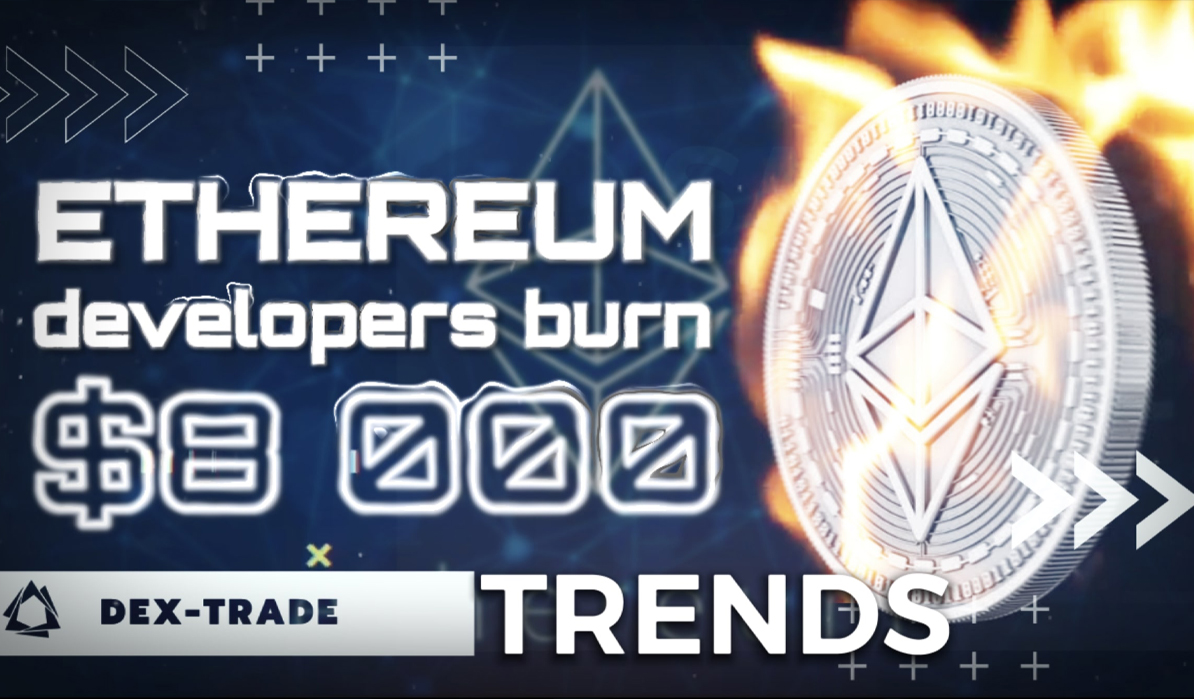 Yesterday's highly anticipated crypto-silver Hard-Fork resulted in the liquidation of over $12 million, and this amount is growing by the minute. The reason is the elimination of old transaction fees in the network, which is, incidentally, a inflationary measure that increases the demand for crypto.

And it really works, cause price of ETH crossed the $2,800 level for the first time since May. Later, the up-trade was briefly replaced by a pullback to $2,770, recording an overall weekly growth of the coin by 14%. 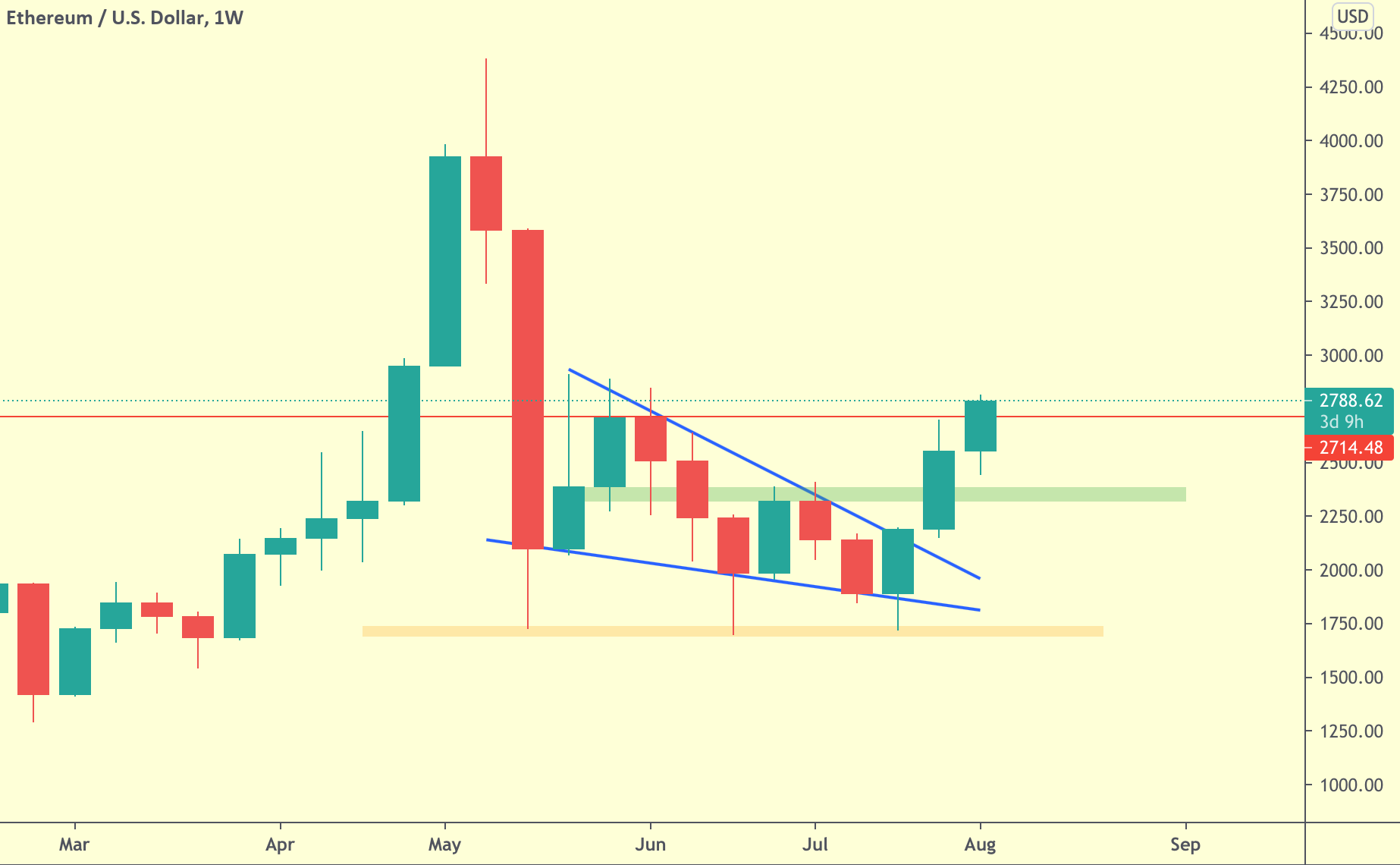 The bulls are in a serious fight for Ethereum at the $3000 position. The predominance of short-term market indicators indicates a massive purchase of the asset, implying that buyers have the potential to jump to $3000. If ETH does not emerge from the short-term correction upwards, it will return to support at $2400, and then, most likely, it will consolidate at the price of $2500.

Voyager (VGX), which is also traded under the ticker BQX on some exchanges, surpassed most other cryptocurrencies in terms of growth during the week, and its annual growth was more than 1000%, which was due to a steady influx of new users. 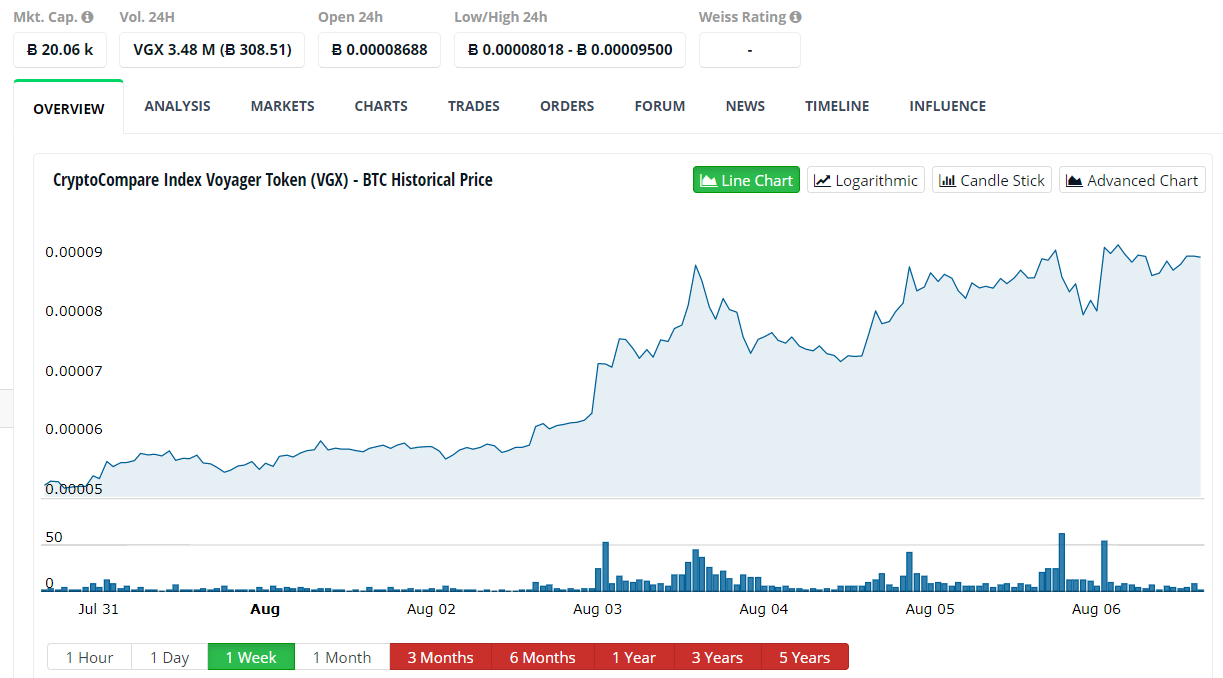 VGX is the proprietary token of the Voyager crypto broker, which, thanks to an intelligent order routing mechanism, provides investors with secure access to electronic money and optimal prices for digital assets on several large crypto exchanges. At the end of 2019, Voyager partnered with the Celsius network to manage a portion of its clients' assets. And already in early 2020, the broker acquired the Circle Invest crypto application, which had more than 40,000 active accounts, which influenced the growth of the asset's credibility.

Bitcoin above $40,000 and Etherium "down the drain": results of the trading week and expert forecasts

It seems that the bulls in the crypto market are confidently returning their dominance, since by the end of the week, both BTC and the main altcoins remain green and there is no good reason for a trend reversal.

At the same time, the total market capitalization grew up for $100 billion, reaching almost $1.7 trillion. And the main reason for such a rapid growth, analysts believe, is Bitcoin, which after a weekly low of $37,200 turned around and aimed at overcoming $40,000. And this level has been successfully reached.

Inspiring Bitcoin Amid US Crypto-Economic Repression

Today, the official White House announced the adoption of an amendment to the law on crypto infrastructure, which exempts miners, developers of hardware and software wallets, and protocol developers from paying excessive taxes. However, the law itself obliges all other subjects of the digital economy to declare crypto assets, imposing an impressive tax levy on them.

The law is already considered a direct manifestation of the authorities against crypto traders and brokers. But despite its acceptance, the price of BTC by the end of the week successfully tested the level of $ 40,000 and reached an outstanding (for the current market) $42,600. 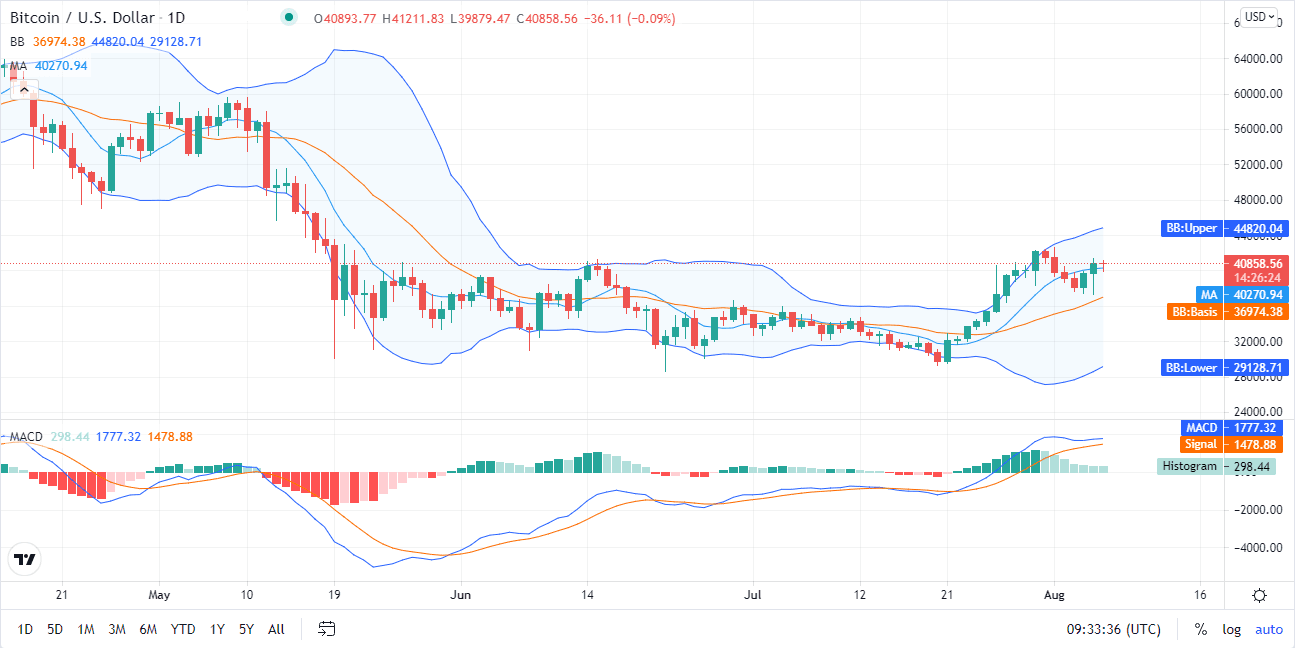 After “taking” a new resistance level, the value of Bitcoin corrected, but remained above the key mark of $40,000. At the same time, the coin continues to rise in price by about 5% daily, and its capitalization exceeded $760 billion.

The market dominance of BTC has also grown to 46%, so analysts predict further growth of the asset, albeit on condition that its intensity decreases. Strong support for crypto gold currently ranges from $ 35,000 to $ 38,300 — near historical moving averages. Experts argue that for a healthy market movement, a pullback to these levels is necessary, as it will allow BTC to maintain the bullish structure.