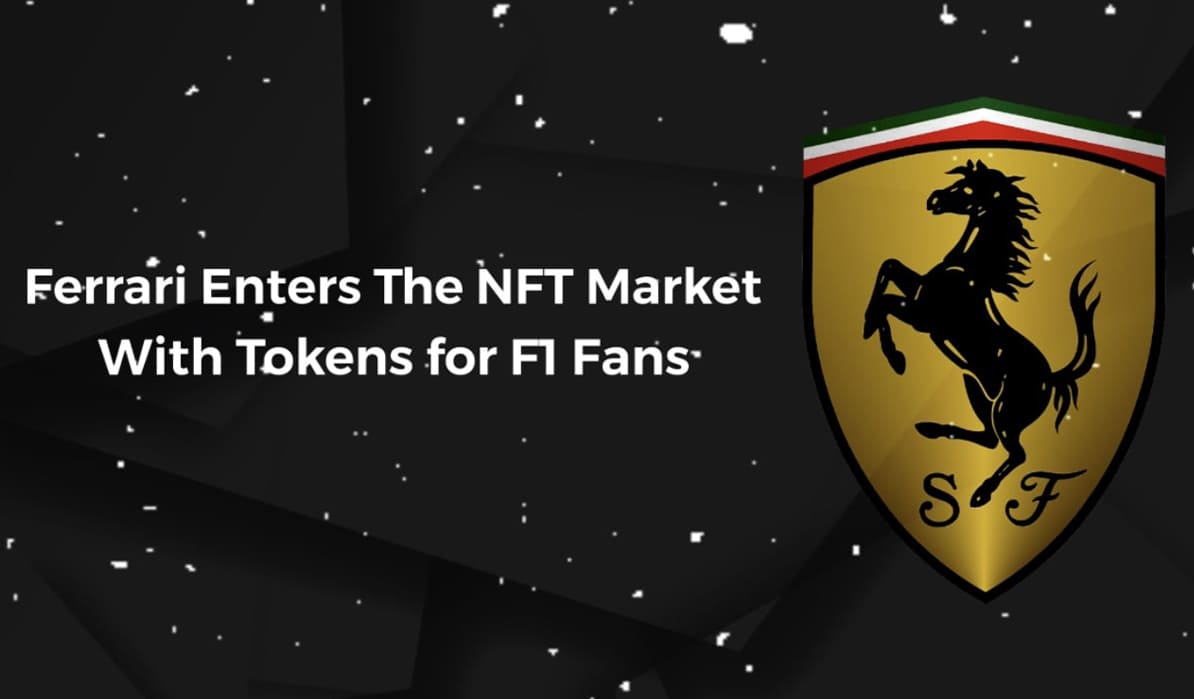 Ferrari Enters The NFT Market With Tokens for F1 Fans

Legendary Italian auto brand Ferrari has announced a long-term partnership with Swiss technology company Velas Network AG, which has already begun developing an NFT collection dedicated to the most successful Formula 1 racing team in history, Scuderia Ferrari. The racing club announced this to their followers on Twitter. The collection is announced for March 2022, in parallel with the start of the new F1 season. Its key inspiration was “The Prancing Horse” featured on the Ferrari logo. With him, Scuderia won a record 16 constructor championships and 15 F1 driver championships. Through the partnership, Velas also becomes the title sponsor of the Ferrari Esports Series, “The Prancing Horse” online monobrand and the eSports team that will compete in the F1 Championship. Scuderia Ferrari's CEO and Team Leader, Mattia Binotto, commented on the partnership with the Swiss technology company and clarified that their choice was made on the basis that Velas “makes innovation and performance the hallmark of technologically advanced products and services.” Whatever that means, Formula 1 is clearly becoming one of the most promising advertising platforms for blockchain services. McLaren Racing have already launched their own NFT platform, and the new F1 Sprint racing format is supported by CryptoCom. A little more and it will be possible to create their own metaverse.

South Korea vs P2E: How to Ban Earnings from Games and Is it Possible

It looks like the South Korean authorities were inspired by the regulatory policy of China and announced their intention to ban gaming applications in the country, for the use of which requires upfront payment. As you know, these include the most popular segment of Play-to-Earn (P2E) games, in which you can win or purchase NFTs. To keep players "safe", the National Game Management Committee (GMC) under the Ministry of Culture, Sports and Tourism asked Apple and Google to block P2E applications cause they are "malicious money-pumping schemes. The word “ban” did not appear in the appeal, but representatives of the government agency asked the tech giants to exclude P2E games from the app stores operating in the country. Previously, GMC has already approached P2E game developers with the requirement to introduce age restrictions for players, but something went wrong and the copyright holders of games in the domestic market simply ignored the committee's request.

Joe Tsai, the executive vice chairman of the Chinese retail giant Alibaba, has made no secret of his warm feelings for cryptocurrencies, cause he twitted "I love cryptocurrency" that caused a wide resonance on the social network. Taiwanese billionaire Tsai also owns a National Basketball Association (NBA) club called Brooklyn Nets, one of whose players is investing in Coinbase. However, immediately after the ban of cryptocurrencies in China, Alibaba unquestioningly followed the requirements of the country's National Bank and stopped selling mining equipment in mainland China, as well as accepting digital money payments. So far, the repressions against crypto enthusiasts in the country have not affected their side projects and businesses in other countries. However, it’s impossible to guarantee the safety of their assets, therefore, already now many investors are going to create semi-shadow schemes for participation in foreign crypto projects. And it looks like this is just the beginning.