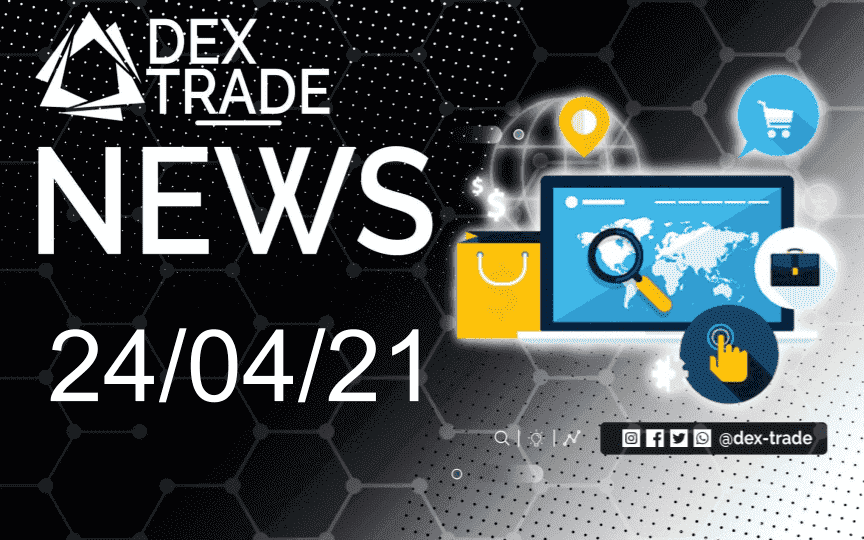 The first day of the weekend brought with it a certain air of calm on the crypto market as the onset of spring and the coming May holidays are ushering market participants off the trading charts into real life. The following is an overview of some of the main headlines of Saturday, April 24, 2021.

Exchange traded futures of Bitcoin are set to be launched on the New York Stock Exchange by the Valkyrie Digital Assets fund. The procedure of listing will take 45 days as the Securities and Exchange Commission of the US reviews it and approves the go-ahead. So far, the SEC has rejected Bitcoin ETFs, citing their illegality and the lack of regulation as reasons for the rejection.

Bitcoin in for a blow

A series of experts questioned on the behavior and future direction of Bitcoin’s price have given some gloomy prognosis figures. Most analysts agree that a fair price for the king of cryptocurrencies is in the region of $18-24,000. A solid threshold of price fixation for the coin is likely to be the $50,000 region, which Bitcoin could hold for a few more months before either setting into a recessive bearish mood or starting a bull run. During this week, the main cryptocurrency fell by 25% and on the evening of April 23, the bitcoin rate was at $47.7 thousand. On Saturday, April 24, the crypto coin was trading at around $49.4 thousand.

Asset manager 3iQ Corp has announced the launch of the 3iQ CoinShares Ether ETF, an Ethereum-based exchange-traded fund. The financial instrument was successfully listed on April 23rd at the Toronto Stock Exchange (TSX), and is currently being traded for Canadian dollars under the ETHQ ticker and in US dollars under the ETHQ.U ticker. The listing comes as on April 19, the Canadian state regulators approved the launch of the 3iQ CoinShares Bitcoin ETF. On April 16, Purpose Investments, CI Global Asset Management and Evolve Funds launched the world's first Ethereum-based ETFs. Trading on the TSX started on April 20.