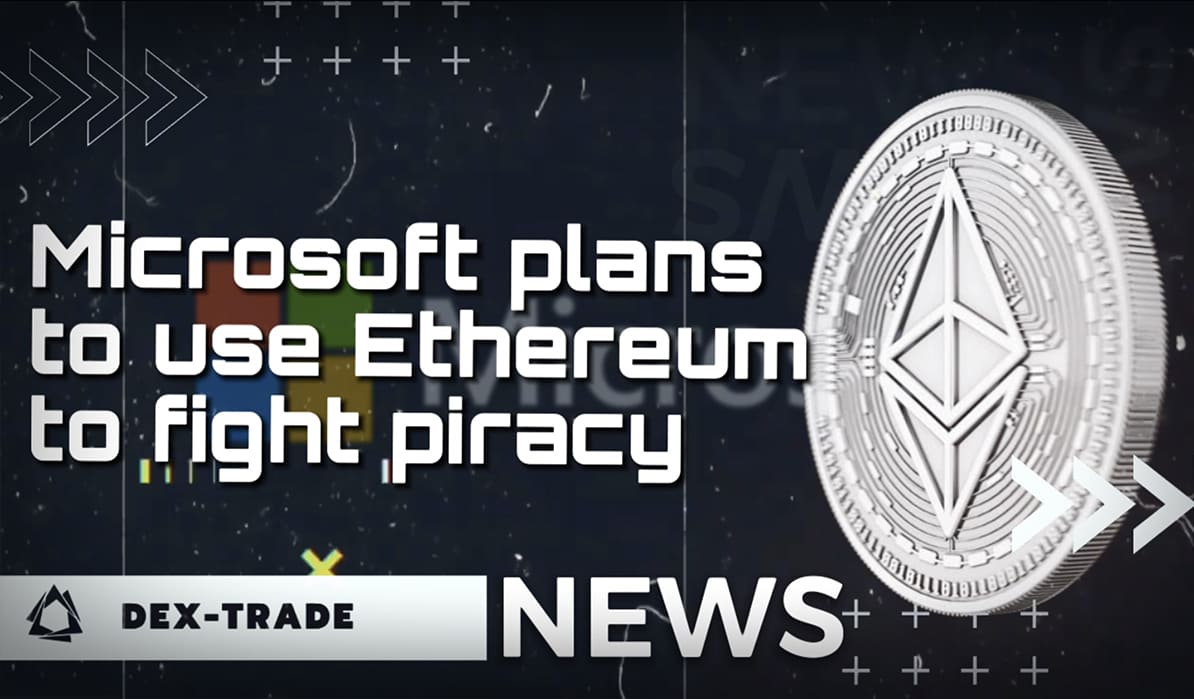 Microsoft plans to use Ethereum to fight piracy

In a new article released by Microsoft Research, a group of experts confirmed the effectiveness of a blockchain-based incentive system to support digital piracy campaigns. Cointelegraph reports.

The study also involved experts from Alibaba and Carnegie Mellon University. The group tested the fully public Argus system, which is based on the Ethereum blockchain. The main task of the system is to create a mechanism for protecting data collected from both anonymous and public sources (articles, interviews and news about cases of cyber piracy).

Argus tracks pirated content back to its source using the appropriate watermark analysis algorithm. Every report of a leak, also called “proof of leakage,” includes a procedure for hiding information. Thus, no one other than the informant can report the same watermarked copy without actually owning it.

It is noteworthy that by optimizing the operation of the ETH blockchain, the researchers were able to reduce the cost of tracking piracy, which could later become one of the main "trump cards" up the sleeve of developers.

Iran's National Tax Administration (INTA) has put forward proposals for a new legal regime for cryptocurrency trading and supporting the development of legal digital exchanges in the country. Coinnounce reports.

The tax regulator's proposal followed almost immediately after the announcement of the country's president, Hassan Rouhani, that it was time for the country to introduce effective measures to regulate digital assets. It is assumed that due to this it will be possible to increase the flow of tax funds to the state treasury.

According to INTA, the innovations should affect three types of taxation: capital gains tax, tax with a flat rate and labor tax. The regulation will also affect the DeFi sector, setting limits on transactions between platforms and users of decentralized financial services.

Traditionally, representatives of the regulator plan to comply with international laws on combating money laundering and economic crimes, but it is still unknown how such actions will be prevented.

Walmart Seeks Crypto Expert To Launch Its Own Digital Coin

The American retail giant Walmart announced the opening of a competition for the vacancy of an expert in cryptocurrency to develop and implement a project of its own crypt. Reported by Seekingalpha.

It is reported that the ideal candidate would be a cryptocurrency and distributed ledger technology specialist with in-depth knowledge of crypto ecosystems and their main constituents, as well as with at least ten years of experience in launching and managing digital products.

As for the crypto future of Walmart, the company has already filed a patent to develop its own digital coin in 2020 and announced its peg to USD. The characteristics of the retail network's crypto should be similar to Facebook's infamous Libra.

The Walmart fintech project "Hazel" will be engaged in the development of the means of payment, and the product will be focused on purchases using smartphones and other handheld gadgets.

Chronicle of the "crypto-skeptic": the leader of the Chilean opposition confirms the presence of Ethereum in his investment portfolio

Giorgio Jackson, founder of the main Chilean opposition party Democratic Revolution, which holds 10 seats in the lower house of government and a seat in the Senate, said he owns a "small amount" of ETH. Cryptonews reports.

The politician believes that it is time for the country to adopt the positive experience of regulating and legalizing cryptocurrencies from El Salvador and other countries of Central and South America. He argued for equating BTC with classical means of payment and said that while a number of "unresolved" regulatory issues continue to harm the crypto sector, digital money "should be recognized as a legitimate asset."

Of course, the oppositionist mentioned the need for anti-fraud measures, consumer protection systems, the right of banks to "veto" transactions and the ability to "carry out traceability" in cases of possible tax evasion or criminal activity.

However, Jackson's key theses contain loyalty and even the "inevitability" of the adoption of digital coins, although the politician calls himself a crypto-skeptic.