The Global Collapse of the Crypto Market, the Local Bottom of BTC, ETH and ADA Are Losing Their Main Support: the Results of the Trading Week and Forecasts

This week, we have not seen dramatic changes in the trends of major crypto assets, however, the global bearish trend seems to have taken a firm foothold in the market. In just 40 days, market capitalization fell by 50%, from $1.8 trillion in early May to $0.9 trillion at the end of the current trading week. And while crypto-analysts do not fix signals for the return of investments in digital currencies. Crypto-gold continues to “break through” the main support levels, and some experts are confident that the asset may collapse to $15,000, after which the market situation should change radically. At least until there is exact information about the increase in interest rates from the US Federal Reserve, the announcement of which was announced next week, the fate of BTC will remain a mystery. The situation is similar in altcoin market. The prices of the top-cap tokens are moving symmetrically to the trend of Bitcoin, which is a key indicator of global market problems. Stablecoins USDT and USDD deserve special attention, which for various reasons are losing their peg to the US dollar. Is there a “light at the end of the tunnel” for the crypto market? We will talk about this in today's analysis.

Can BTC Avoid Another Wave of Liquidations?

According to on-chain data provider Glassnode, Bitcoin investors recorded the largest ever realized loss of BTC in US dollars. Crypto gold coins traded this week generated a net loss of over $4.23 billion. This dwarfs every major Bitcoin selloff in 2021 and is 3x larger than the global flagship selloff in March 2020. However, according to the analytics service, the realized losses that short-term holders (STH) are currently facing, although they are about 0.01% of the market capitalization per day, are still not as large as the large sell-offs that have occurred over the past 5 years. 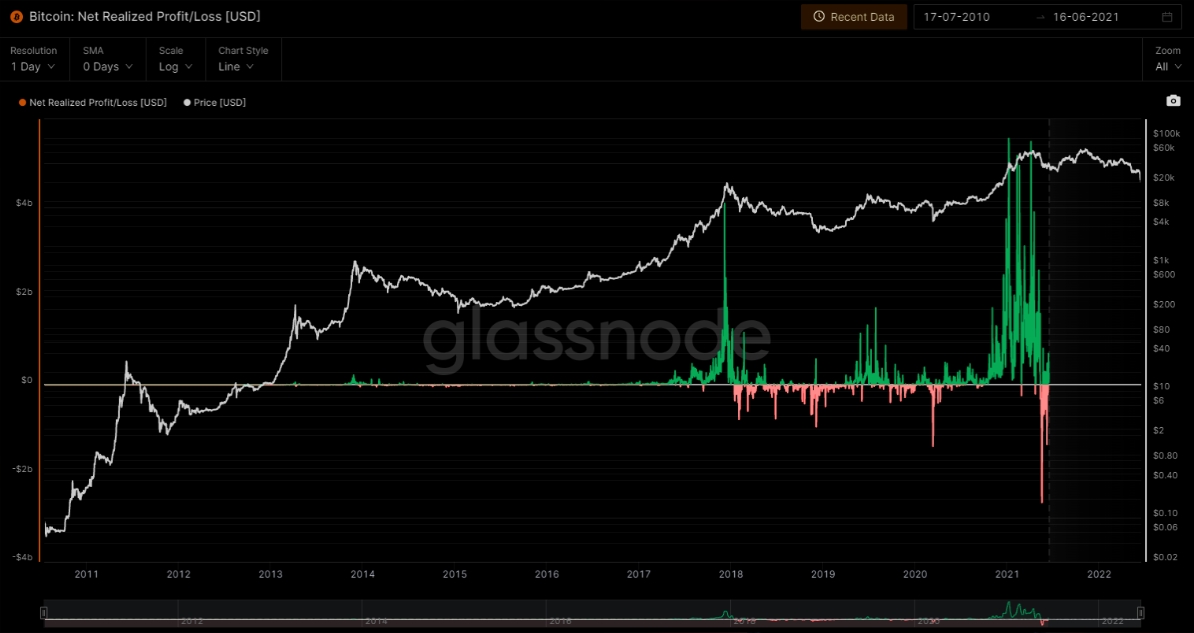 Despite a slight recovery on Wednesday, fueled by some certainty in the statements of the US Federal Reserve, Bitcoin still failed to maintain momentum and gain a foothold above $21,000. Over the past 24 hours, BTC has experienced another major sell-off and is trading just above $20,500. According to popular crypto analyst Lark Davis, the current price level of the flagship is very unstable and if Bitcoin falls below $20,000 and Ethereum loses $1,000, then the market may face cascading sales in the shortest possible time. Unfortunately, the likelihood of this is very high.

From the very beginning of the week, Ethereum has been consistently losing ground and falling from $1482 at the beginning of Monday to a low on Wednesday at $1025. On Thursday, the asset tried to rise above the resistance zone in the $1200 area, but the bears were active near the $1250 level, as a result of which a high was formed near $1256 and the price began a new decline. Closer to Friday, the low was formed around $1050 and now ETH is consolidating losses, trading in the area of ​​new resistance at around $1090. There is also a bearish connecting line forming on the hourly ETH/USDT chart with resistance near $1095. 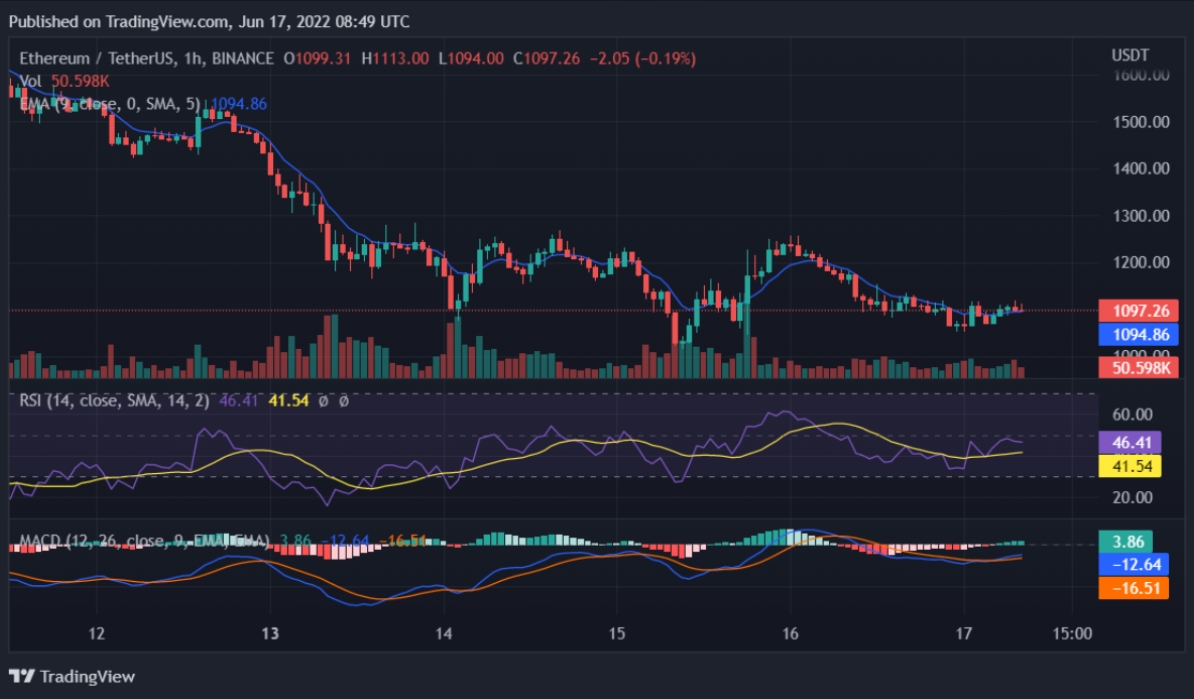 ADA failed to overcome the resistance at $0.55 and fell below the support at $0.5. Now the asset is trading at $0.4936, which is an indicator of the weakening of the bullish initiative amid growing selling pressure. The MACD on the ADA chart was bullish at the beginning of the day, but at the time of writing, the histogram has turned red. The RSI fell into oversold territory as early as June 13 but has since returned to neutral territory as the price action consolidates around the $0.5 mark. 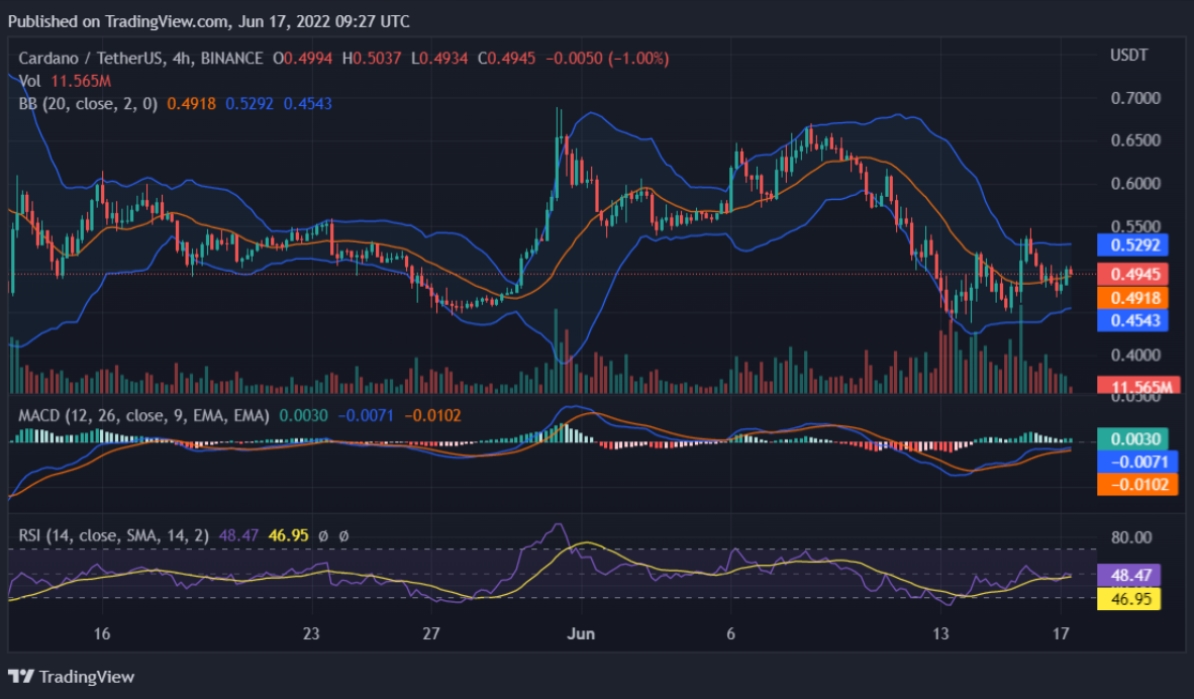 Bollinger bands narrowed until June 10, but then showed a sharp divergence, and now they are returning to a narrow channel again. In fact, Cardano bulls tried to start a rally but were rejected at $0.55 as bullish momentum was low and selling pressure continued to build. Most likely, ADA will fall to $0.45, after which the bears will dominate the coin market.