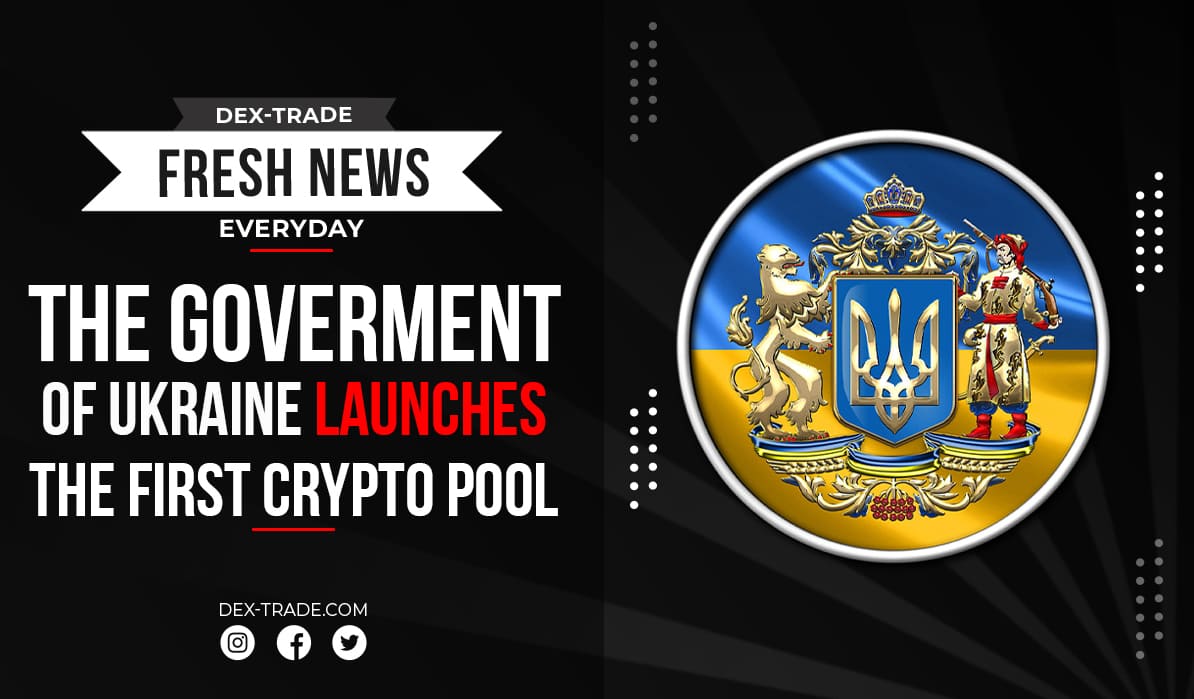 The world's first charitable cryptographic pool called UkrainianPool was developed on the basis of ISPO. Already, any crypto-enthusiast, regardless of where they live, can invest their digital assets in it to support Ukrainians affected by the war. The project was created with the support of the governments of Ukraine and Lithuania. Their initial goal was to raise the equivalent of $10 million in digital money, which they plan to use to fund humanitarian activities. After users register, the amounts invested by them are blocked and tied to a specific pool of rates. As soon as the pool closes, the user is rewarded with donations, which are redirected to a charitable government fund every 5 days. The project is supported by the Ministry of Digital Transformation of Ukraine and will send accumulated donations to state crypto-wallets every five days after the end of the 14-day repayment period. By the way, a delegated staking pool on the Cardano blockchain called Acta Finance has already contributed to UkrainianPool. In fact, when checking the open source protocol, there are two pool IDs, each of which brings about $20,000 in ADA tokens every five days, that is, a total of $40,000 in ADA.

At the South by Southwest festival in Austin, Meta CEO Mark Zuckerberg confirmed that in the near future Instagram will be able to list NFT tokens and probably even create your own non-fungible tokens on the platform in the coming months. Although, there was no talk of any exact date. However, the head of Instagram, Adam Mosseri, said back in December that discussions were underway about integrating the platform with NFT. About a month later, the Financial Times reported that Meta was working on expanding functionality to allow Instagram and Facebook users to put NFTs on their avatars. Despite the innocuous ambitions and plans for digital assets at Meta (formerly Facebook), historically, the corporation has had no luck with this. For example, in 2019, the tech giant tried to launch its own cryptocurrency, Libra (later renamed Diem), but the ambitious project ended in spectacular failure due to stiff resistance from regulators. By the way, just a couple of days ago, the Russian dictatorship blocked Instagram and even Facebook in the country. But today, the “Russian answer” to Instagram called Rossgramm has appeared there, and perhaps already in these minutes, rented servers are falling from the number of people who want to register in the “fresh” social platform.

Paris Hilton 'Turns on The Heat' in The Sandbox Metaverse

Hollywood socialite and fashionista, Paris Hilton, at the major music festival South by Southwest (SWSX) in Austin, Texas, announced her own DJ set, which will take place tonight in the metaverse of The Sandbox. “I’m so excited and honored to be a part of this important moment for The Sandbox. I am a huge believer in the metaverse and the way Web3 technologies are empowering creators, gamers, and artists. It’s such an important movement and community that I’m proud to be a part of. I can’t wait for people to see what amazing experiences The Sandbox and I bring together to the metaverse,” — Hilton said about collaboration with The Sandbox. By the way, the socialite is the highest paid DJ in the world. She joins over 200 celebrities and brands who have already partnered with The Sandbox. The list already includes Snoop Dogg, Adidas, Ubisoft, Gucci, Warner Music Group, The Walking Dead, Deadmau5, Steve Aoki, Richie Hawtin, The Smurfs, Atari and many more.