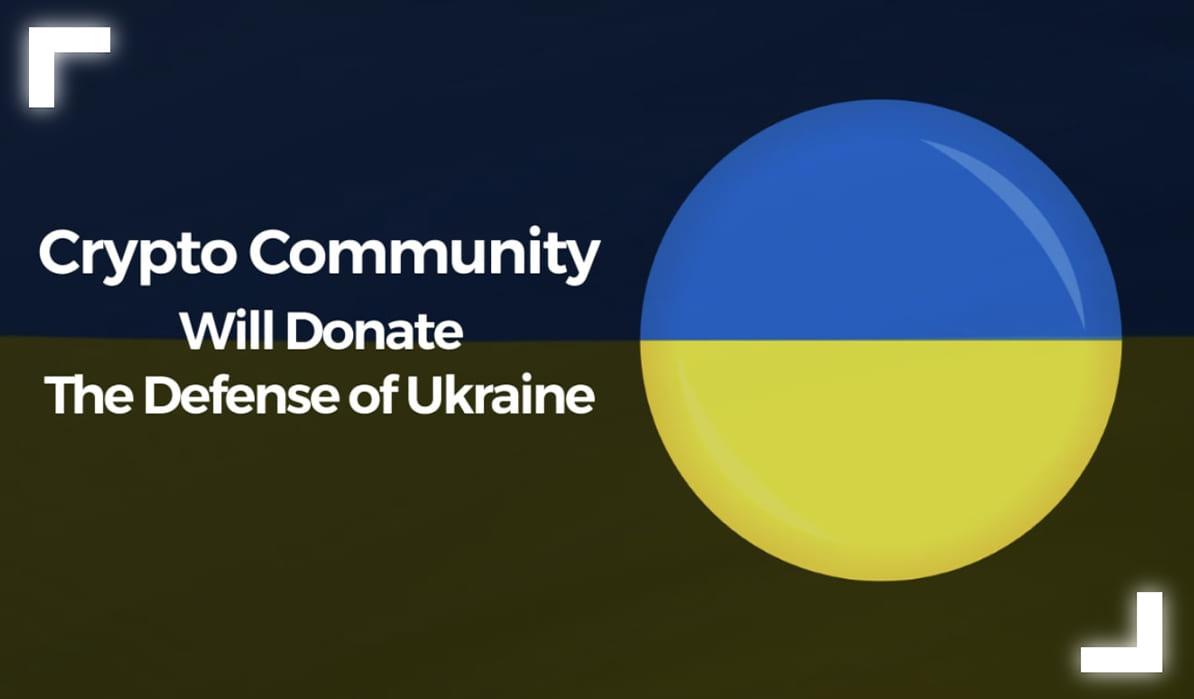 Cryptocurrency enthusiasts from all over the world are donating digital currencies to Ukrainian non-governmental humanitarian organizations to ensure the safety of the country's citizens in the case of a large-scale military conflict with the Russian Federation. ICoinQuora reports. At the moment, by joint efforts, it has been possible to raise about $570,000, which has not yet been distributed sectorally. Many donors wished to remain anonymous, so the fundraising takes on the shape of a global humanitarian project. Meanwhile, Russian troops still remain near the Ukrainian borders. According to public information, there are still approximately 100,000 soldiers and hundreds of pieces of military equipment in the west of Russia. According to official Moscow, the hypothetical entry of Ukraine into NATO will undermine security in the Russian Federation and increase tension in the region. But at the moment there is no information confirming the participation of Kiev in the military missions of the North Atlantic Treaty countries.

The UK Revenue Authority, in conjunction with HM Revenue and Customs (HMRC), confiscated three NFTs, £5,000 (approximately $6,762) and arrested three people on suspicion of VAT fraud involving 250 alleged sham firms that defrauded the UK government of £1.4 million (about $1.9). The scammers used "sophisticated methods," according to HMRC, including the use of fake or stolen identities, false addresses, prepaid mobile phones, VPN services, and the false appearance of a legitimate business activity. Surprisingly, this case is the first major NFT-related scam, while the industry’s capitalization increased 130 times between 2020 and 2021, reaching an impressive $4.8 billion. And it’s clearly not only that non-fungible tokens difficult to assess out of context. Most likely, in the near future, the number of such crimes will begin to grow exponentially.

The Central Bank of the RF Abruptly Launched Testing of CBDC

The mythological “digital ruble” has somehow evolved from gossip to reality as two of the original 12 banks that volunteered to join the trials have successfully completed the full cycle of a new form of customer-to-customer money transfer using mobile banking apps. According to the Central Bank of the Russian Federation, the development of the digital ruble prototype was completed in December 2021, and the rest of the banks participating in the tests will join when they fully integrate the CBDC platform into their systems. The first stage of testing includes the launch of a digital wallet on banking platforms, the successful conversion of a non-cash ruble into a “digital ruble” and its distribution among users of banking systems. In accordance with the plans of the Central Bank, the institution will become the sole issuer of CBDC, and the distribution of digital money among the population will follow the same principles as the distribution of fiats. The next two stages of CBDC testing will be aimed at expanding its functionality.

NYSE Registers Trademark of Its Own Metaverse for NFT Trading

The New York Stock Exchange (NYSE) has filed a new trademark application for the “NYSE” trademark for several cryptocurrency and financial solutions and services, including virtual goods, NFTs and several other products. “This filing is the latest confirmation that the Metaverse is real and businesses need to plan accordingly. Businesses no longer need to wonder if it is going to happen.  It is just a matter of when <…> The NYSE is clearing taking a proactive, forward-thinking approach to ensure that it is the leading financial exchange in the Metaverse.” — said trademark attorney Michael Kondoudis. According to Kondoudis, non-tech projects are increasingly gearing up for the transition to the virtual market, pursuing a forward-thinking strategy and laying the groundwork for that transformation.