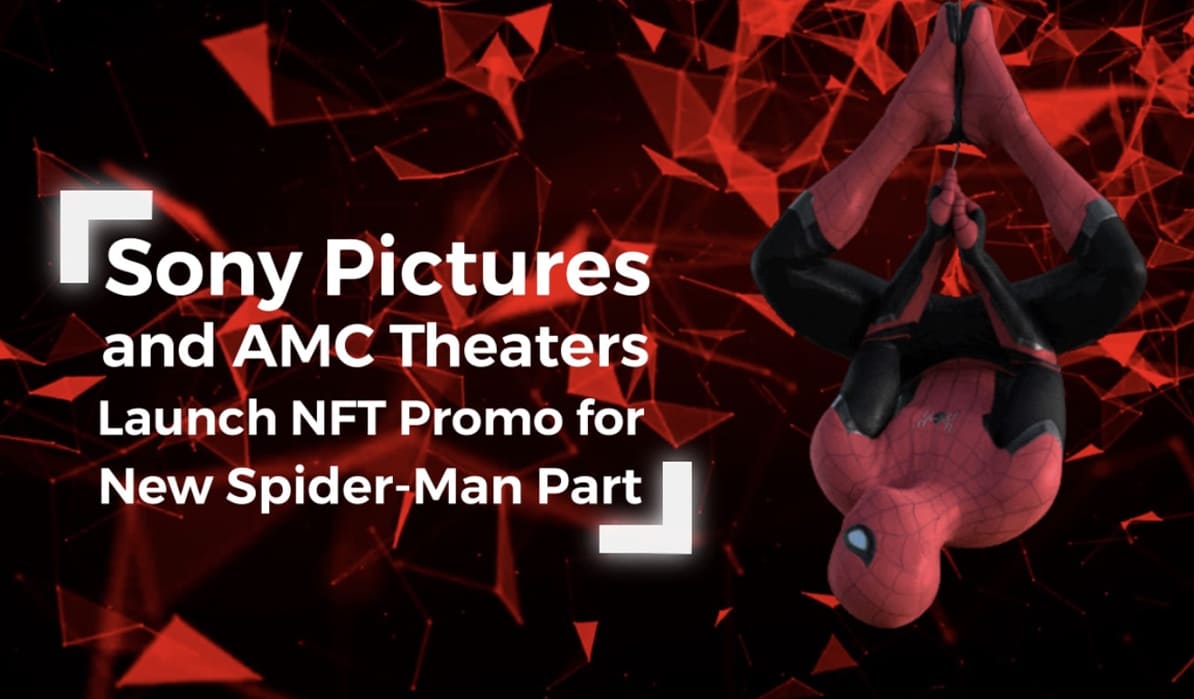 Media giant Sony Pictures and the American cinema chain AMC Theaters have announced the launch of an NFT promo for a new part of the legendary Spider-Man called "No Way Home" on the WAX blockchain. The project representatives announced that the circulation of the promo series will be 86,000 NFT, but it is not yet known exactly how they will be distributed. All that is known for sure is that AMC Stubs Premiere & A-List Teams and AMC Investor Connect will be able to get their exclusive Spider-Man™ NFT by pre-ordering or booking tickets on opening day if they remain. Tokens can also be purchased from a dedicated website operated by WAX. Already, American fans of the Marvel series can book tickets for the exclusive premiere of the new Spider-Man at AMC Theaters, which is set for December 16th. Commenting on the choice of the WAX blockchain, project representatives clarified that the key criteria were massiveness, safety, environmental friendliness and high network speed. At the moment, it’s one of the most popular blockchains in the world: it processes about 15 million transactions daily, and consumes only 0.000223 terawatts of energy. That's roughly 110 tons of carbon per year, which is the equivalent of 5 Americans annually. Therefore, WAX is certified as a carbon neutral blockchain.

A news-feed-man and Australian computer scientist, Craig Wright, who claims that he is the very Satoshi Nakamoto, was found guilty of stealing the intellectual property of his late partner David Kleiman, and is now obliged to pay his brother compensation in the amount of $100 million. BlockWorks reports. The jury pleaded guilty to Wright in only one of the applicant's cases, Ira Kleiman, which included fraud, theft and breach of fiduciary obligations with potential damages of up to billions. Therefore, the businessman said that he was satisfied with the court's decision and considered himself fully justified. The jury rejected the plaintiff's claim, Ira Kleiman, that his late brother David was Wright's business partner and decided that he owed nothing directly to the Kleimans. The payout went to W&K Info Defense Research LLC, a company of Craig Wright, his wife Lynn Wright and David Kleiman, of which Ira Kleiman is now the only registered director.

The largest state bank of the Russian Federation, Sber, has been waiting for a year from the country's regulators to consider an application for launching a platform for issuing digital assets and is systematically postponing plans to register a project due to a bias towards the crypto industry on the part of the country's Central Bank. On Tuesday, Sber’s CEO German Gref said the bank is in contact with the Central Bank and expects the platform to be registered before the end of this year. But there are no guarantees that this will happen at all. About a year ago, Sber filed an application with the Bank of the Russian Federation to register its own stablecoin Sbercoin. Sber's transaction director, Sergei Popov, said that the registration procedure usually takes no more than 45 days. Thus, the bank planned to launch its platform and stablecoin by the spring of 2021. The view of the RF regulator on the development of infrastructure of digital assets is very difficult to describe in one thesis. For example, while the official Central Bank is categorically against cryptocurrencies in any form and considers them a "monetary surrogate", its chairwoman, Elvira Nabiullina, says that digital currencies of central banks should become a good option for governments to replace decentralized cryptocurrencies.