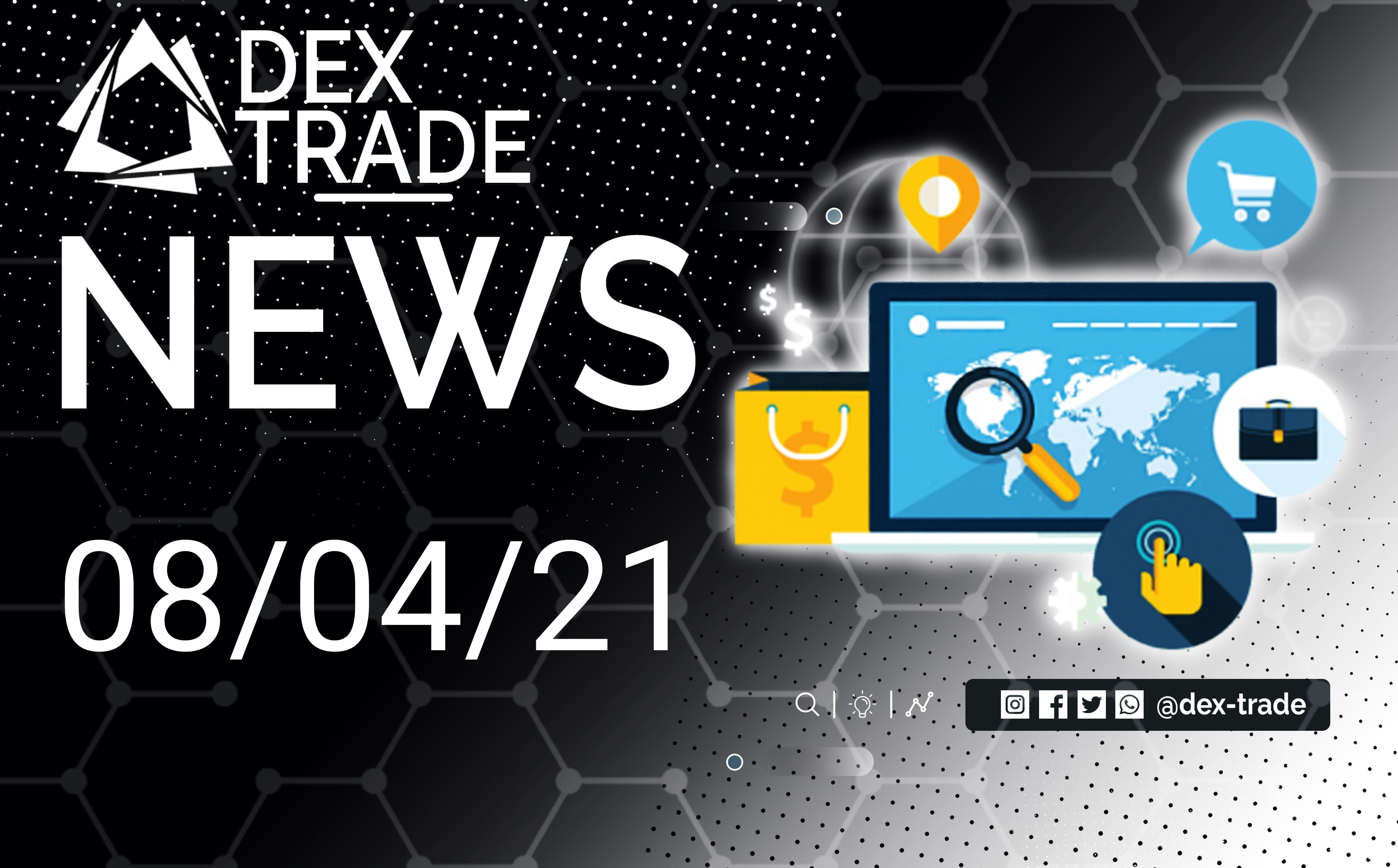 The week goes on as the crypto market evolves and develops with the participation of numerous actors and players willing to lend a hand in its growth. The following is an overview of some of the news that made the headlines on Thursday, April 8th, 2021.

Head of Binance keeps his cash in crypto

The head of the Binance exchange Changpeng Zhao stated that he does not use fiat funds and keeps all of his assets in crypto. According to the latest information, in February 2021, the net worth of the head of Binance was estimated at $1.9 billion. The 44-year old swears that he has no intention of using his crypto assets to buy any fiat and states that he is a fervent believer in the ability of cryptocurrencies to replace fiat as a viable alternative to means of payment. He also stated that he values liquidity above else and that is the reason why he does not invest in real estate, automobiles or other tangible goods that will take a long time to become liquid if need be. The super-rich have their fancies.

Russia in the dark

The latest information from Chain analytics reveals that the Russian Federation accounts for over 40% of all crypto transactions in the Darknet. Russia has also taken the lead as the venue for the most high-risk exchangers of cryptocurrencies. A much smaller share of 6.54% is accounted for by Ukraine, Great Britain at 2.8% and Germany at 1.87%. The analytical service states that such statistics are the result of the high popularity of illegal services in Russia, which include gambling, illegal sales of pirated content and the underground trade in cryptocurrencies.

The government of Thailand has issued a statement according to which it plans to ban the sales of crypto assets to unqualified investors. The country’s financial regulator is intent on making cryptocurrency investors attend courses to learn some of the basic trading skills needed and gain experience. The SEC itself, which had previously announced qualifications for retail crypto-investors, is also intent on making such courses available. Starting from April 8th, the regulator will also run free weekly trainings called “Crypto 101” classes that will be held via Facebook Live.

Ankara has announced that the country is in the process of developing its own Central Bank Digital Currency, which will be launched in the coming two years. The Central Bank of Turkey is working in league with the country’s Financial Department of the President to speed up development of the necessary documentation for the creation and launch of the CBDC. Analysts believe that the main reason for such a move into the digital realm and the ensuing launch of a digital lira is a palpable drop in the exchange rate of fiat lira amid a rabid inflation, as well as a sharp increase in citizens’ desire to keep their savings in cryptocurrencies. Such a move is a logical step in the government’s strive to modernize the beleaguered economy.

The popular Non-Fungible Token (NFT) collection of the Polkamon series has announced that it is making the move to the Elrond blockchain to improve user experience. The statement released on April 7 indicates that the creators of the popular NFT collection of animated dragons and other creatures are going to bring Polkamon’s “Diverse Universe” to the Elrond blockchain. The project named high gas charges as the main reason for the migration.