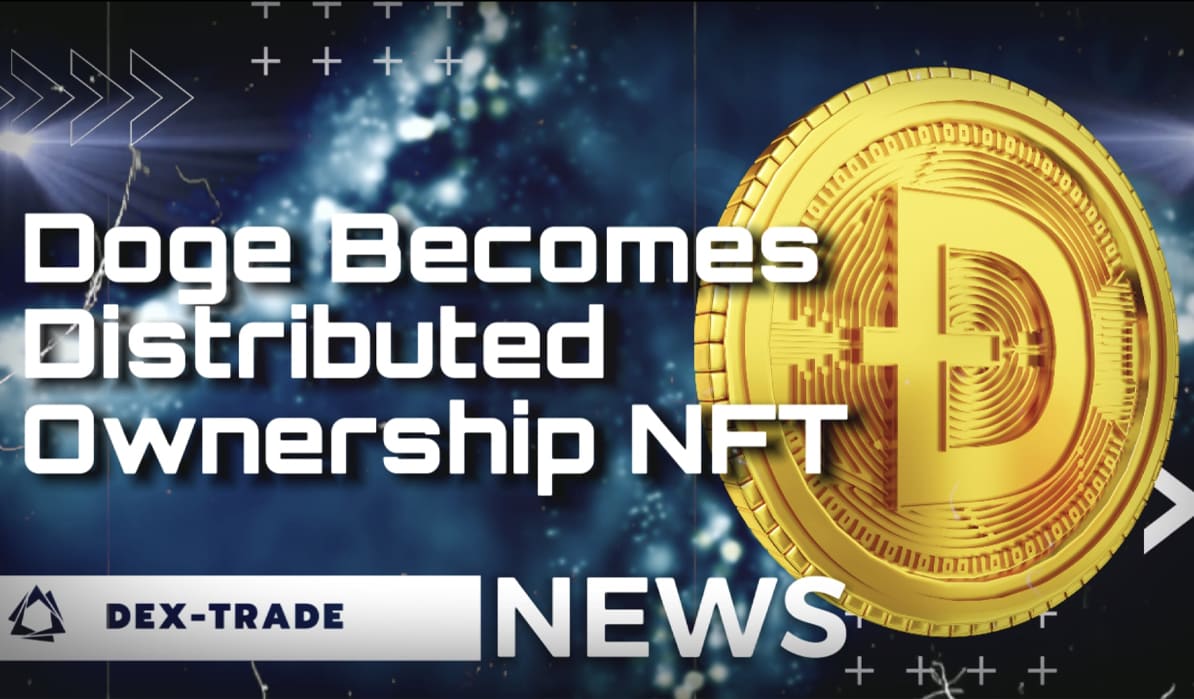 The original Doge meme non-fungible token sold to the PleasrDAO team in June for 1,696 ETH ($4 million at the time of sale) has been split into “billions of pieces” that users can own after paying for their part of the picture. Cryptonews reports. Distributed ownership of the NFT meme has been implemented with the Fractional.art tool, which supports splitting any NFT into smaller fractions. Thanks to him, the original Doge NFT, depicting a "good girl" of the Shiba Inu breed named Kabosu, has since split into multiple ERC-20 tokens, traded under the DOG ticker. The first auction of Doge Pieces was held yesterday at 1:00 pm ET. Now lucky owners of the legendary Doge image will be able to exchange and trade their pieces of canvas on Fractional.art or through decentralized exchanges such as sushi.com or uniswap.org. It is noteworthy that PleasrDAO announced plans to create a DOG development fund "for projects aimed at supporting the long-term community." The team also pledged to be “the main provider of liquidity for tokens on exchanges,” and revealed that it has taken steps to eliminate “downward price pressures” on issued tokens.

Twitter May Add BTC Tip Payment Function in The Near Future

According to insider data, social giant Twitter is testing the addition of Bitcoin to the Lightning Network in order to open up access to the tip-jar function for paying tips to content creators using cryptocurrency. Cointelegraph reports. Tip Jar was released back in May, so many netizens are already familiar with the terms of tip payment. If the data on the addition of BTC is correct, then Cash, PayPal and Venmo services will be integrated into Twitter in parallel. As part of the project, Twitter plans to use the Lightning Network Strike payment gateway to "generate Bitcoin Lightning invoices." The company is expected to release a tutorial on new payment methods, including information on custodial and non-custodial Bitcoin wallets. The head of the company, Jack Dorsey, has previously said that BTC is the key to the future of Twitter. The businessman announced last year the company's intention to integrate BTC into services such as Super Follows, Commerce and Subscriptions.

Illegitimate Belarusian president calls on state officials to mine crypto

Blacklisted by the EU and the US, Alexander Lukashenko has called on the Belarusian government to mine cryptocurrency using the backup power infrastructure at the country's abandoned industrial sites. Cointelegraph reports. The politician also urged workers at the Petrikovskiy Ore Mining and Processing Plant to engage in crypto mining in Belarus instead of taking up low-paid farming jobs abroad, speaking at the opening of the enterprise on August 27. Lukashenko also said that “Belarus has enough energy resources to mine cryptocurrency,” pointing out abandoned industrial facilities that can be used to generate income: “We must understand, they are not waiting for us anywhere [...] Build something based on electricity. After all, start mining cryptocurrencies or whatever it’s called. There is enough electricity in the country." It seems that after a large-scale outflow of specialists from Belarus in connection with the repressions of Lukashenko, the country's economy is going through hard times.In particular, many Belarusian software developers and miners have already moved to Poland, Lithuania, Latvia and Ukraine.