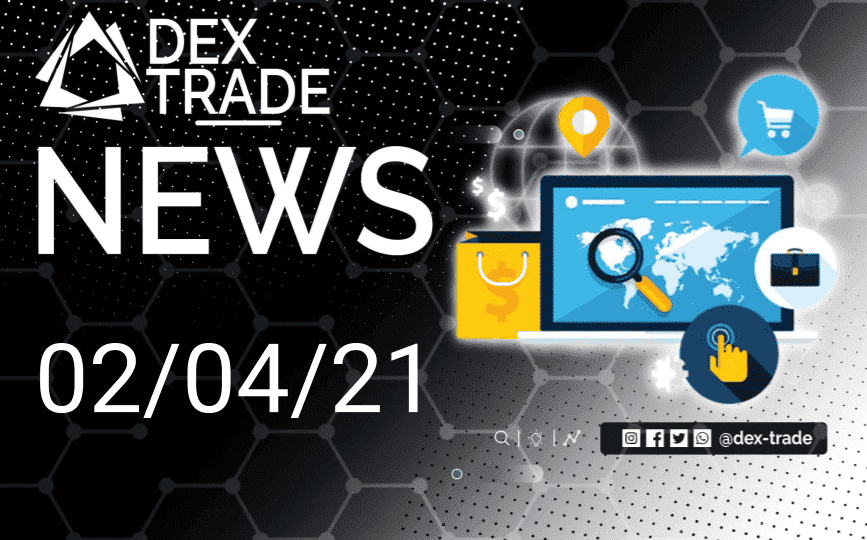 April 2nd 2021 brought the crypto market an interesting turn of dynamics that set the movers in motion and gave new impetus to the development of more dApps based on the biggest blockchain infrastructure to date. Here are some of the main news that made the headlines.

Ethereum broke records and is growing faster than Bitcoin in terms of percentage growth. The coin of the largest blockchain network broke the record on Friday, April 2nd, when it grew by 6.2% and reached an impressive figure of $2,144, thus essentially tripling its value in less than a year. Such dynamics for Ethereum are outstripping those of Bitcoin, which slipped in price by somewhere around 0.12% the same day and stood within a price range of $58,724 by the end of the day.

In news related to Bitcoin, former head of the SEC Jay Clayton gave a rather disturbing comment regarding the crypto market as a whole:

“Where digital assets land at the end of the day – will be driven in part by regulation both domestic and international, and I expect that regulation will come in this area both directly and indirectly,”

Such a statement is a clear indicator for the entire crypto community that some new type of regulation or governing rules are set to be introduced in relation to Bitcoin and other digital assets. A legal status for Bitcoin may not hurt, but the manner of that status, which the authorities have yet to decide on, will be the determining factor for further crypto adoption and, most importantly – price dynamics.

Another important piece of news came from Nasdaq, which has openly announced that Coinbase will be listed on the major exchange on April 14. The Coinbase team will be trading class A shares on Nasdaq – which grant expanded voting opportunities for their holders. Such shares cannot be sold to the public and are not eligible for trade among holders.

In more Bitcoin-related news, the cryptocurrency’s hashrate set a new record in terms of difficulty, as indicated by BTC.com. Such a turn comes as the number of miners willing to get a share of the frenzy surrounding Bitcoin has grown significantly and thus placed enormous strain on the network.