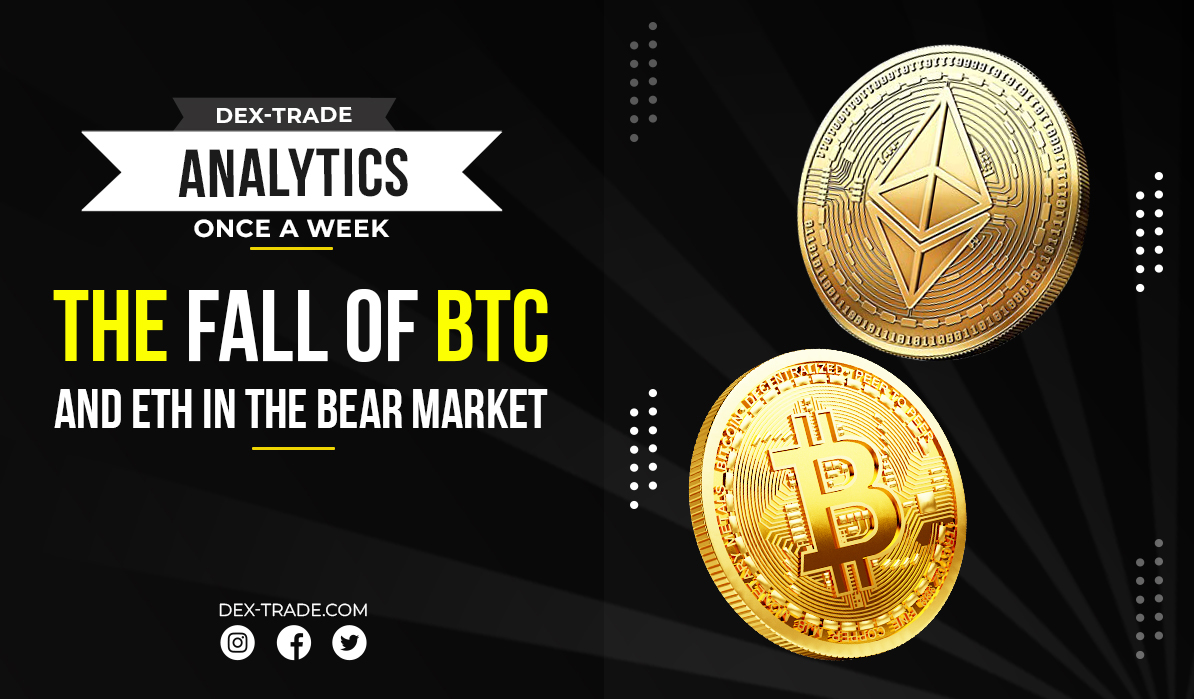 The Fall of BTC Amid The Threat of a Russian Attack on Ukraine, ETH in The Bear Market and BCH Aimed Below $300: Results of “Week of High Hopes” and Expert Forecasts

From the very beginning of the trading week, there was some uncertainty in the crypto market, as several factors influenced the price of the flagship crypto at once. On the one hand, the successful, according to the Chinese authorities, the launch of the digital yuan for the first time confronted the general public with digital money, which is completely controlled by the monopoly state. And according to some analysts, this experiment can hit the reputation of BTC. On the other hand, the bull market, which has not yet strengthened, faced the permanent threat of a Russian attack on Ukraine, which was fueled by major tabloids all over the world. As a result of this, large investors and traders, according to the old scheme, preferred to reinvest in safe-haven assets, and Bitcoin lost more than 7% in a day and is trading at the local bottom around $40,700 by the end of the week. Of course, these events could not but hurt the alt market, which turned red immediately next to BTC. But the difference is that if the technical indicators of Bitcoin continue to be “positive”, then with altcoins not everything is so clear. But first things first.

BTC at Crossroads, Crypto Legalization in Ukraine and RF, and an Alarming “inverted head and shoulders” pattern

Let's move away from the technical data of Bitcoin rate for now and pay attention to the number of users in the network. The fact is that this week in Ukraine and the RF adopted laws legalizing both cryptocurrencies and basic operations with them. As a result, the market is already recording an increase in demand for crypto-gold, and this, apparently, is only the beginning. However, BTC bearish cycles have become longer, and this is an occasion to reflect on the dominant market sentiment. For example, independent crypto analyst CryptoBullet noticed a disturbing “inverted head and shoulders” (IH&S) pattern on the Bitcoin chart, which became a harbinger of the fall of crypto gold in December 2018 to $3,100.

The similarity is based on pricing trends between price cuts in 2018 and 2021-2022. For example, during the development of the IH&S pattern, Bitcoin made two higher highs in April and May 2018, above $10,000, and then fell below $6,000 in July. As for the current situation, BTC followed a similar price pattern from October 2021 to February 2022, hitting two higher highs around $65,000 in April and $69,000 in November. In early February, the price corrected to below $33,000 by installing a new IH&S. However, this pattern is predominantly bullish, which is why market researcher Lark Davis predicts that BTC will soon approach the $60,000 mark again.

Crypto gold failed to hold above the $3,000 support zone, continued to decline and has already fallen below $2,950, one of the key bullish consolidation levels. At the moment, the minimum is formed near the $2850 mark and now the price is consolidating losses. At the same time, the coin has already managed to overcome serious resistance in the $2930 area, but the current price of the asset — $2932 — can hardly be called a confident bullish signal. ETH is near the 23.6% Fibonacci retracement level from its recent drop from a high of $3,196 to a low of $2,850.

What to expect in the near future? The next major resistance is near the $2965 level. A clear move higher could push the price up to $3,000. But the 50% Fibonacci retracement level is now close to the strong resistance at $3020. As for the downside scenario, a break below the $2,850 level could trigger another major collapse to major support at $2,800 and then to $2,720.

The price of Bitcoin Cash broke above the resistance levels at $350 and $360 during the week. But then the asset made a high near $362 and broke below the key bull trendline with support near $328. Right now BCH is trading at $318 per coin and it looks like the bulls are actively defending the $310 support. The next major support is near the $300 level, below which the bears will gain strength and aim for a crash to $280.

But with an upward movement, immediate resistance is near the $320 level. The next mark after it is $330. A clear break above $330 and $332 could spur fresh gains to $360. Now the asset is trading below the 55 simple moving average (4 hours), so experts believe that a continuation of the price decline is more likely than a trend reversal.